Yes, much has happened since I last blogged.  For one thing, Chesley and I got engaged – yay!  For another, we moved to Hamburg, Germany!  Today is Day 4 here in Hamburg.  Things have gone smoothly so far:  Chesley got his working papers approved, his bank account opened, etc.   My only complaint so far would be the weather.  I haven’t seen the sun since I got on the plane in Minneapolis last Friday.  It’s been dark and cloudy since we arrived, with occasional spitting rain. Yuck!

At the moment, we’re living in temporary housing at the Elb Residence, which is connected to (and run by) a Holiday Inn.   To give you an idea (and to explain why we’re trying to find an apartment ASAP), here are two shots from our balcony (which I only use to take photos – it’s miserably cold outside!): 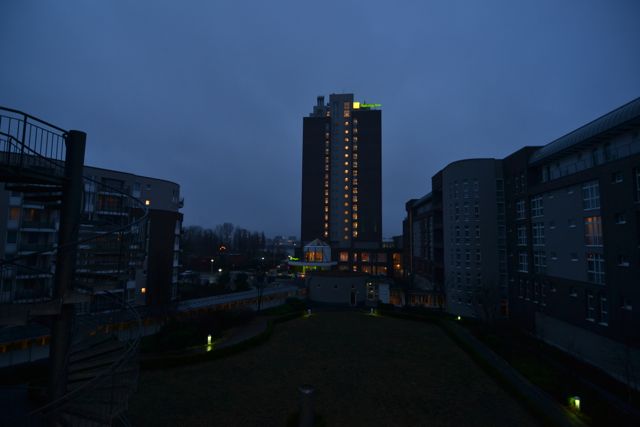 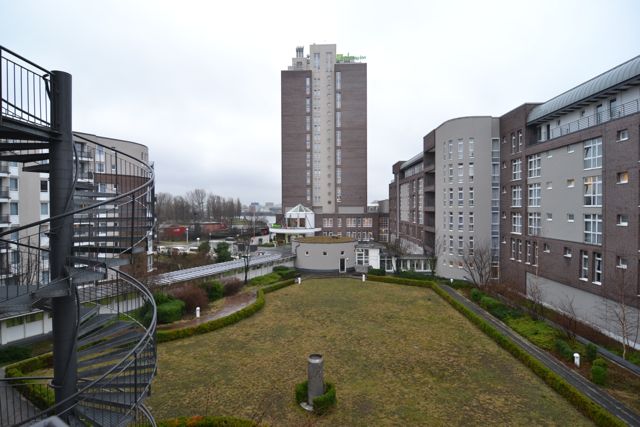 The top photo was taken last night, er, AFTERNOON, at 4:20!  The bottom photo I just took about 10am today.  Yes, dreary.   The building we’re living in is called Haus A, although we refer to it affectionately as Cell Block A.  Because that’s how it looks from the outside.  The apartment, itself, isn’t bad.  Very sparse.  Reminds me of our dorm rooms at business school in Jouy-en-Josas.  (Vive Résidence Expansiel!)

Off to look at apartments so that we can move into happier surroundings!