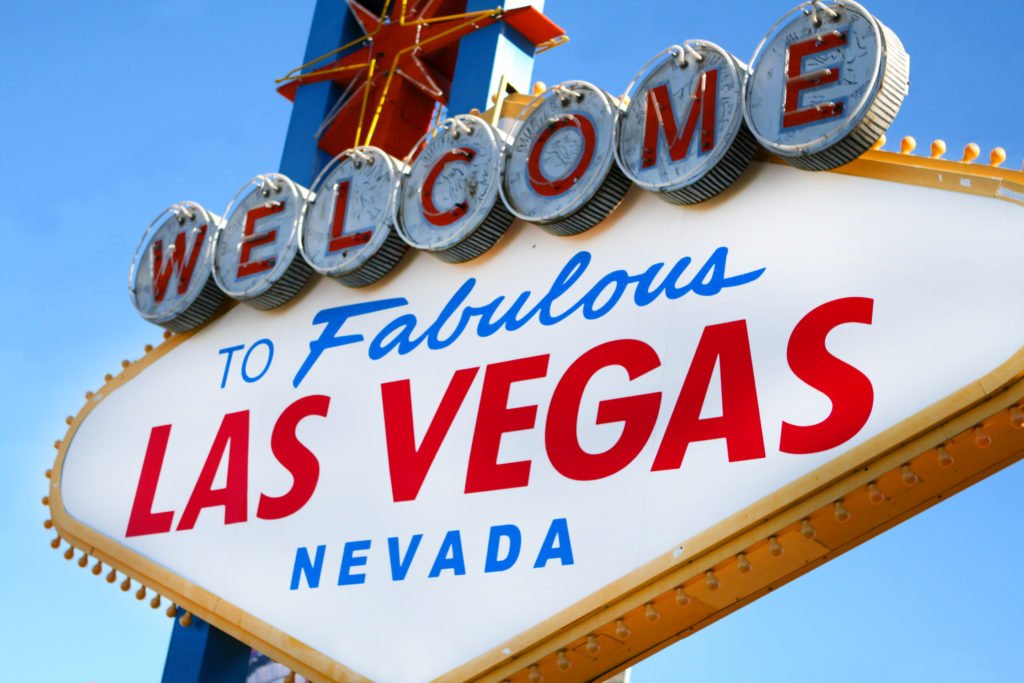 Why go to Vegas? Why not?!?! Or as my friend Betsey would say, “Vegas is always a good idea!”

The motivation this time was that a) it’s my husband’s birthday next week b) I haven’t been there in (eek) 10 years and am up for a trip back and c) now that we live in Southern California, we can drive there. Same time zone and everything!  Oh, and d) my mother agreed to stay with our daughter this weekend.

As far as road trips go, it’s iconic. It’s also not too long, at least by my standards. Only 4-5 hours. And don’t worry – I’ll take pics! I don’t know how much jewelry I’ll see along the drive, but there should be some seedy motels and plenty of desert scenery.

Once we get there, we’ll be staying at The Palazzo at the Venetian because it’s right on the Strip and they had a good deal running. (Note: If you’re looking to save serious money on accommodations in Vegas, Easter weekend is a great time to go!  We priced out hotels this weekend vs. next weekend and got rates that were almost 50% cheaper than next weekend. Even the Mandarin Oriental and Four Seasons were under $400 a night!)

I’ve been to Las Vegas twice before (pre-husband) and stayed one time at Mandalay Bay (for a trade show) and once at Treasure Island (for a friend’s 30 th ). I’m no connoisseur of LV hotel rooms, but both were very nice (Mandalay more upscale, TI less expensive and more geared toward families). I would have, however, preferred to stay somewhere nearer the center of the Strip – and not at the far north (Treasure Island) or far south (Mandalay Bay). The Palazzo is a bit farther north than I’d like. I voted to stay at the Bellagio (it’s iconic! Remember Ocean’s Eleven?!), but I lost that battle. And what the heck, it’s my husband’s birthday, so I thought I’d let him choose.

I did learn one important Vegas hotel trip when traveling for business: if you’re going for a conference or trade show, book early so that you can stay in the same hotel as the event. No matter what they’re charging, it’s worth it! Failing that, stay in the next nearest hotel. When I went for the Jewelry Couture show (which is fabulous, by the way!), I registered and booked, so I got stuck at Mandalay Bay – great hotel – but the exact opposite end of the strip as the trade show, which was at the Wynn. Let’s just say that trudging back and forth between the show and my hotel laden with bags containing media kits, brochures and booklets was not pretty. Good thing I brought a pair of my “commuting” flats!

This weekend, we’ll be moving at a leisurely pace. We’ve got some entertainment lined up: O by Cirque de Soleil (my first Cirque show!), dinner and drinks at Paris and lots and lots of (window-) shopping!

And for jewelry lovers, don’t worry, I’ll post photos – I’ve got something fun and outrageous planned!