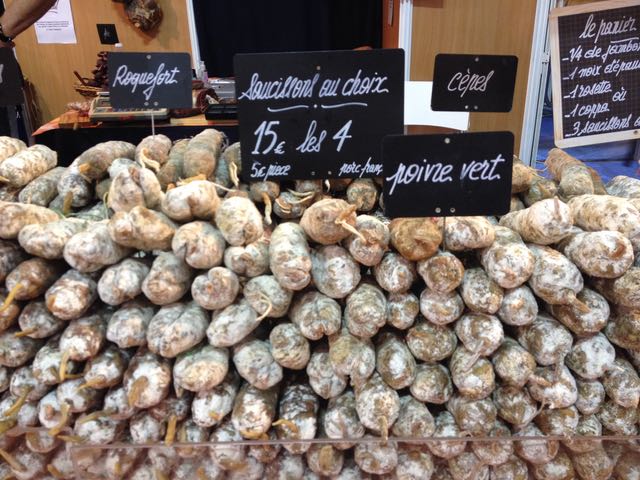 One really cool thing that my husband and I enjoy doing in Paris is visiting the annual Salon d’Agriculture.  An agricultural fair.  I have to admit, my husband had to drag me to it the first time.  I thought, why would I want to see a bunch of cows.  Or pigs.  Or whatever.  I’m a city girl.  And besides, I’ve been to the my good ‘ole Minnesota state fair.

But am I glad I went?!  Yes, there are cows and pigs and loads of other animals, but there’s also a FOOD and WINE building, full of booths representing, of course, FOOD and WINE (and CHAMPAGNE!  and BRANDY!….) from different regions of France.  For a few euros, you can sample huîtres (oysters) from Normandy, blue cheeses from the Auvergne, sausages from Corsica.  The list goes on and on.  And on.  If you’d like a sampling that France has to offer, come on an empty stomach.   Seriously.  It’s not dirt-cheap, but what in Paris is? 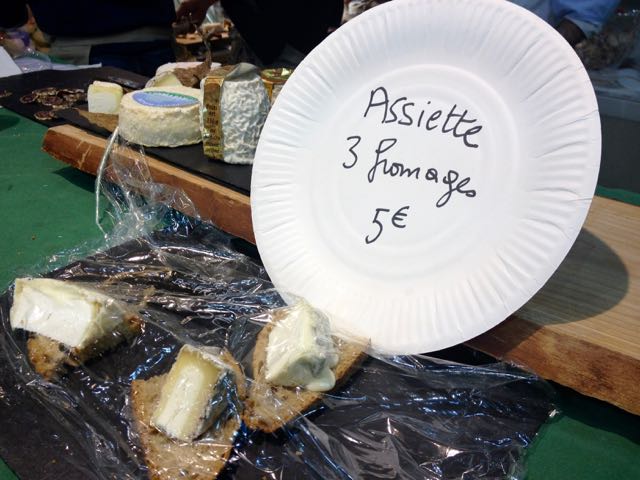 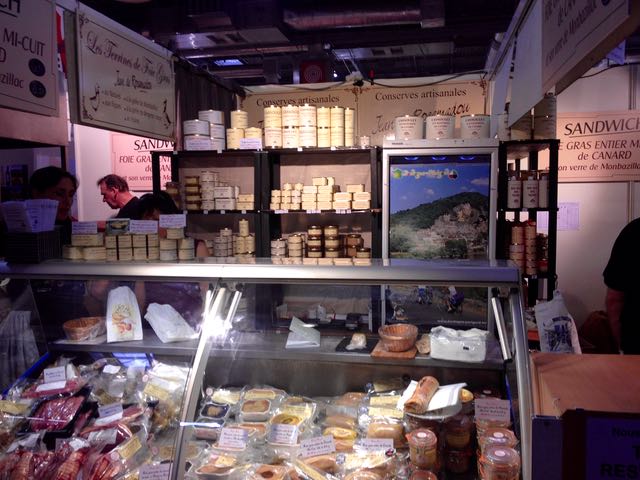 Oh, and if the dozens of regions of France don’t offer anything that strikes your fancy, the overseas French territories (Guadeloupe, Martinique, Réunion…) also have booths offering local delicacies.

There are vendors of fine honey, waiting to regale you with the stories of how they make lavender honey on their own family farms.  And offer you samples!  There’s a dog show ring and pony ring.  And an entire building dedicated to farm animals.  The animals are in cages, but it doesn’t feel creepy.  All of the animals are normally free-roaming on family farms, and are only in the pens for the few days of the show.  The purpose is to remind the city-dwelling public just where their food comes from and how much pride French farmers take in providing the best dairy milk, butter, eggs, beef, or whatever it is the produce.  (Well, that’s what I think the point of it is.) 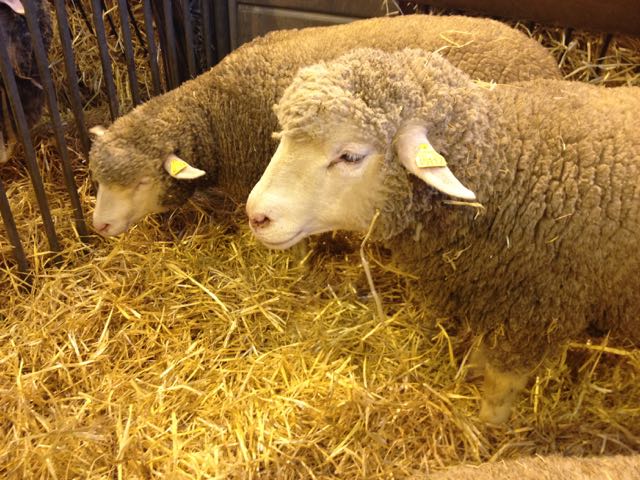 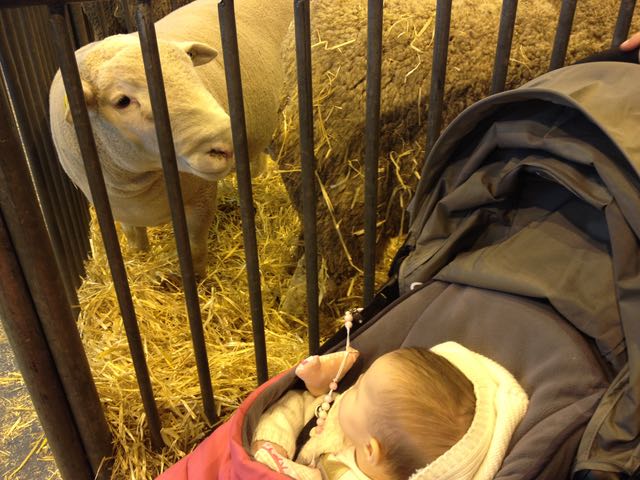 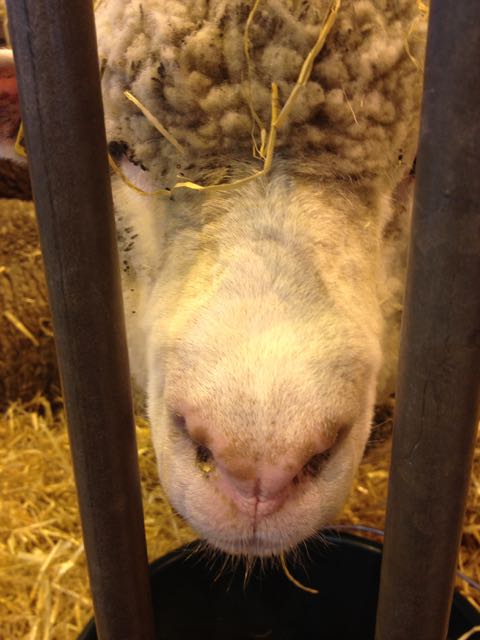 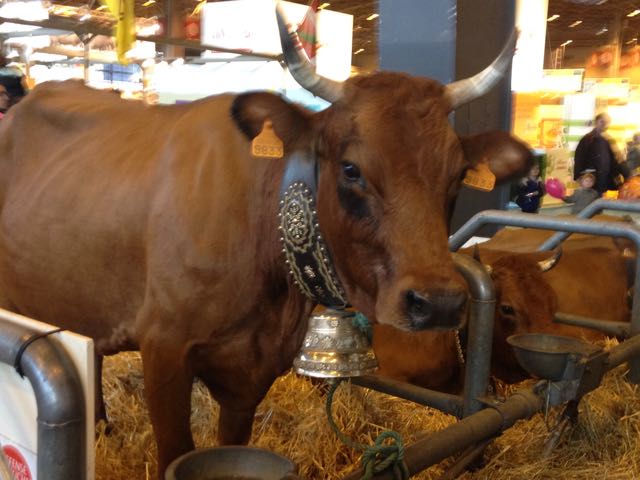 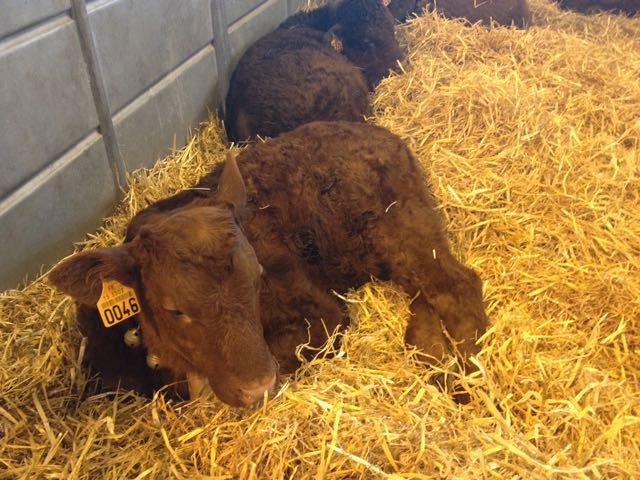 We’ve now been to the Salon d’Agriculture several times.  It’s like having the essence of rural France concentrated in space.  I love that.  If you love France like I do, it’s worth a visit. 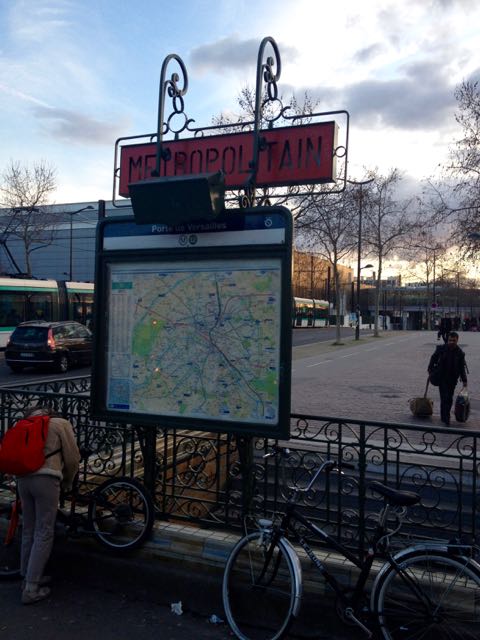