My husband had some vacation days from last year that he had to use (or lose) by the end of March, so we decided to plan a weeks-long trip for last week.  As it happened, friends of ours in Hamburg were heading up to their country house in Sankt Peter-Ording, a small town on the North Sea popular with German sun-seekers each summer.  In March we weren’t expecting bikini weather, but we were anticipating indoor relaxation – some serious R&R.

Since Sankt Peter-Ording (SPO) is near the Danish border, and my husband had never been to Denmark (except for a meeting at an office park in suburban Copenhagen) and I had only been to Copenhagen for a brief weekend a couple of years ago, we thought ‘why not use SPO as our launch pad to Denmark and spend a week exploring the (very small) country?’  So true to form, I got out all of my vacation planning tools and went to work.

Why go:  Sankt Peter-Ording is a beautiful seaside escape – in the summer.  We’re going now (decidedly NOT summer) to get out of the city and crash with friends.

We left Hamburg as soon as my husband could leave work and pick up the rental car.  We ended up leaving town around 5:15pm.  Not as early as we would have liked, but luckily most of the Hamburg-area schools are on break, so a lot of families go on vacation, thus less traffic (yay!).  It was a pretty easy 1 hour 45 minute drive to SPO.  We arrived at our friends’ house to a warm, home-cooked meal.  Yum!

{the guesthouse next door.  note the authentic thatched roof!} 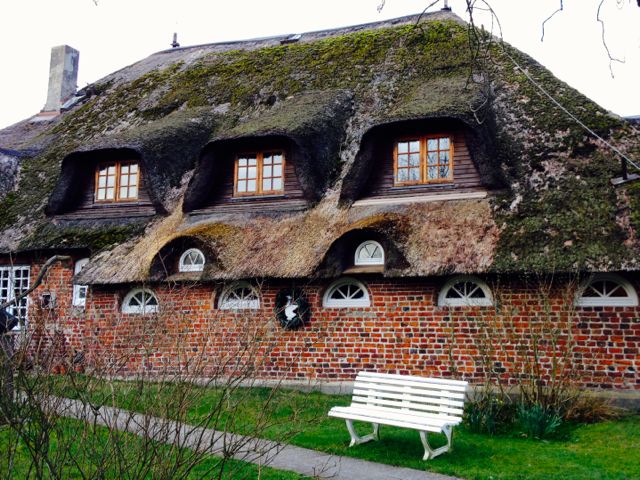 We spent lazy days sleeping in until 11am (!!), with the only physical activity being a bit of walking.  And I do mean a bit.  The architecture in SPO reminds one of the Netherlands and Belgium, with small, squat, orange-y brick homes.  The highlight for me were the traditional thatched roofs that some of the houses had.  Maintaining such a feature is incredibly expensive and a lot of work, so there aren’t many to be found (anywhere) these days.  Like much of Germany, this area was bombed during the world wars, so most of the structures are post-WWII.  Many of them, however, were constructed to at least resemble pre-war architecture. 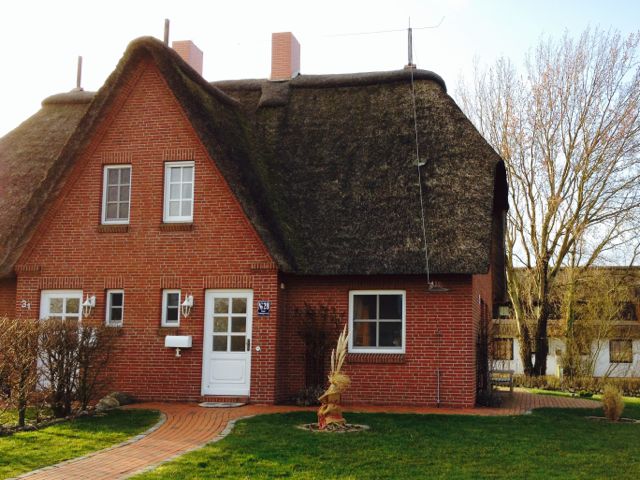 To coincide with our lazy-days ethos, we had big brunches with yummy local bread, fruit jam, yogurt with muesli, scrambled eggs with sautéed red peppers and ‘krabben’ (small local shrimp).  On Sunday, we ate all of the above plus real (American-style) pancakes.

I have to stop here and give a little background because our wonderful hosts are fascinating people.  They’re a married couple, the wife is from California.  The husband, a German who grew up in Hamburg, lived in Namibia for almost 20 years and just returned to Hamburg last year.  Prior to moving to Hamburg, the pair lived together in Majorca.  (Global nomads!)  Anyway, back to the other weekend.  The husband is obsessed with pancakes.  Apparently, he constantly monitors internet recipe sites and every weekend they try a new recipe.  We tried “Neil’s Pancakes” from Clinton Street Baking Company which were voted best pancakes in NY and were featured on Martha Stewart’s website.  Our hostess added walnuts and bananas to our ‘cakes.  Yum!  Unfortunately, I didn’t snap any photos of the wonderful food we ate because these couple of days were really about stuffing our faces with fresh, delicious home-cooked fare.

Oh, and we did manage to take a walk on the beach one sunny (and extremely windy) afternoon.  The sea is the real draw of this area, so we braved the whipping wind in our arctic edition North Face jackets, hats, scarves and gloves.  At least it wasn’t raining… 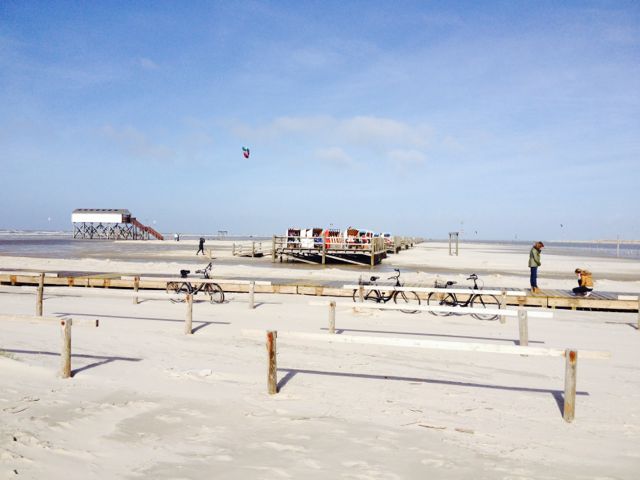 After hitting the beach, we continued our walking tour through the small town.  I have to admit, it’s a bit cheesy-touristy for my taste.  And apparently most of the restaurants are pretty bad, serving the low quality but rather expensive Italian food that (to our consternation) northern Germans seem to love.  This would be the main reason we never ate out during our stay.

{several fish restaurants are to be found in town, many housed in Dutch Colonial-style buildings} 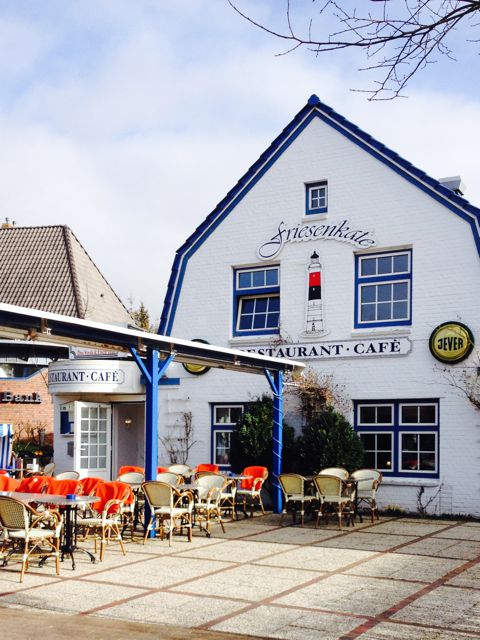