As you know from Wednesday’s post, my boyfriend and I recently took a road trip from New Orleans to Minneapolis.  We spent 3 days/2 nights on the road.  Although we didn’t spend more than a couple of hours in any one place, we really made an effort to do one thing at each stop that was ‘the quintessential thing to do.’ (Usually that was eating! )  I thought I’d share the highlights.

Day 1: We left New Orleans at 7am, heading up to Memphis for that night.  We took interstate highway until we got to Jackson, MS.  Then we took a state highway through the Mississippi River Delta, the “Mississippi Delta”, as the area is known.  The drive wasn’t terribly stimulating, but it was nice to cruise through some small towns.  One of which, Clarksdale, we stopped at for a late lunch.  Because we were in northern Mississippi, near the Tennessee border, we had to have barbecued ribs.  Using Urbanspoon on my iPhone, we located what we thought would be THE PLACE to eat BBQ in the area.  Voilà Abe’s Bar-B-Q, a classic, opened in 1924.  (We figured that if it’s been around that long, it must be pretty good!) 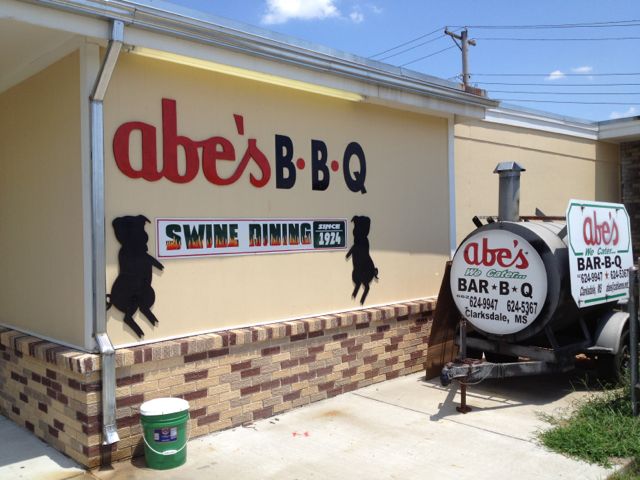 {the front room/counter at Abe’s: it’s a casual place} 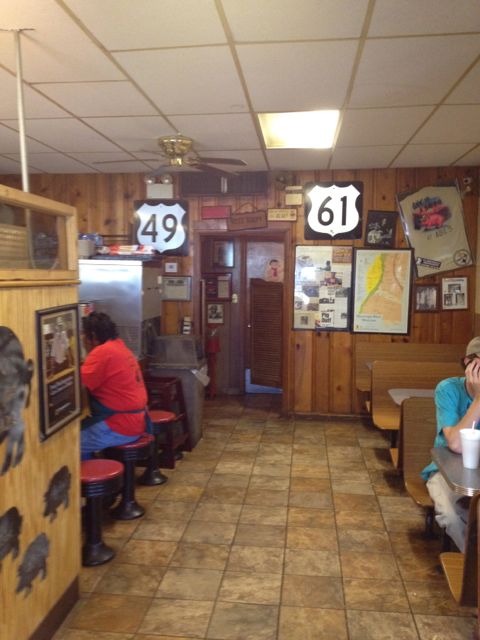 {Appetizer: Abe’s A-MA-ZING tamales, wrapped in corn husk, the way they should be, and served with slaw} 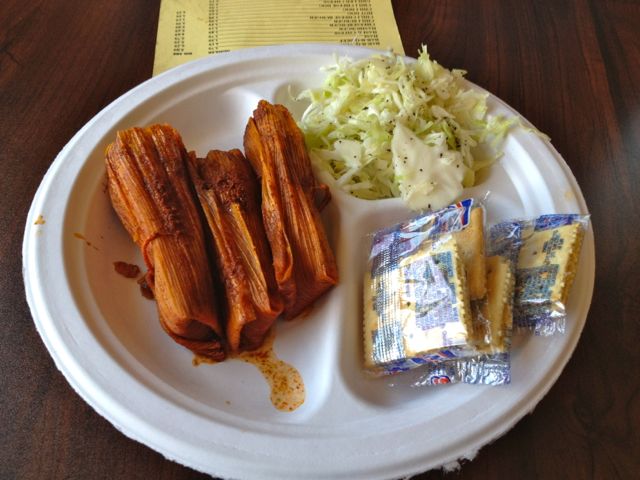 {Main Course: my pulled pork, served with beans and a bun, if you want it} 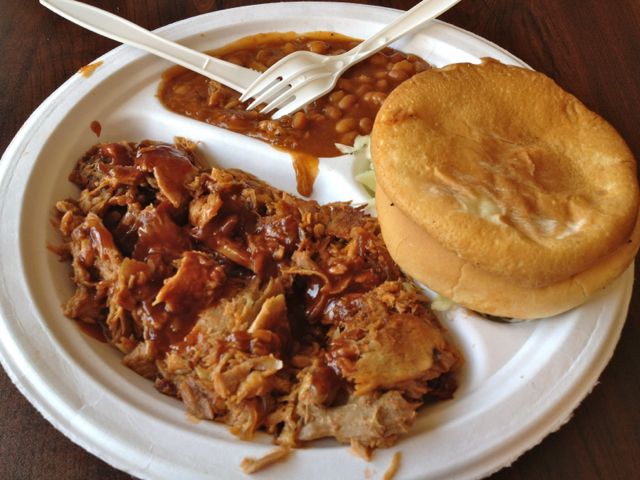 And there was no dessert – we were both stuffed after our first two courses!

The journey continues on Monday!  Until then…