Each time I visit Berlin, I like it a little bit better.  Berlin hasn’t made it big on the world scene.  It gets the occasional newspaper write-up and there are guidebooks devoted solely to it, but let’s face it: a trip to Berlin seldom tops anyone’s bucket list.  This is both understandable and unfortunate. Here’s the thing.  Berlin is a quiet, unassuming city.  It doesn’t have the spellbinding architecture of Paris or a New York-style Times Square.  It’s not big and overwhelming or exceedingly beautiful.  You have to do some work and really dig to get to its character. 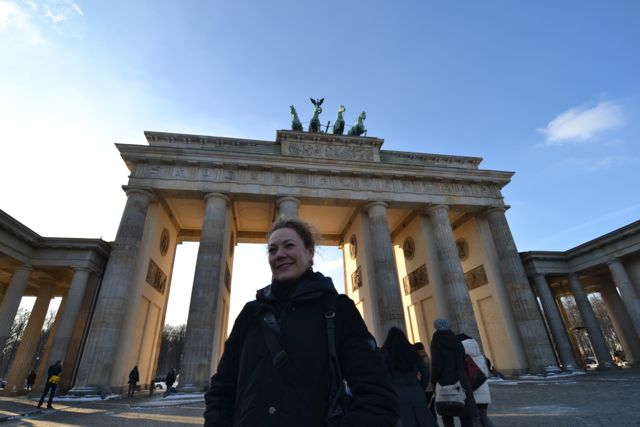 My first trip to the German capital was right after college, right after I resigned from my first (miserable) job in New York City.  I went to visit one of my best friends from childhood.  What I remember most vividly is sitting in my friend’s apartment drinking French Press coffee and smoking cigarettes.   We ate strong European cheese for nearly every meal.  Hers was a flat share in an ugly post-war West Berlin.  I also remember the rain.  It was February and it was dark and rainy and cold nearly every moment of my stay.  This is probably why we spent so much time indoors.

My next trip was January 2013.  My fiancé and I needed a document from the American Embassy so that we could be legally married in Hamburg, where we live.  What I remember most about this trip was the weather.  I have never been so cold in my life.  I grew up in Minnesota, so that’s saying a lot.  I purchased a new coat on that trip – the warmest they had in stock at North Face.  We tried to limit our exposure to the elements, so we got to know the wait staff at the Munich-style beer hall down the street.  We also managed to make it to the Brandenburg Gate (see above) and Museum Island.  And in a burst of sheer passion for antiques, we braved the bitter temps and blustery winds for a visit to the flea market near the zoo.  (To be fair, it was Sunday and all the stores were closed.) 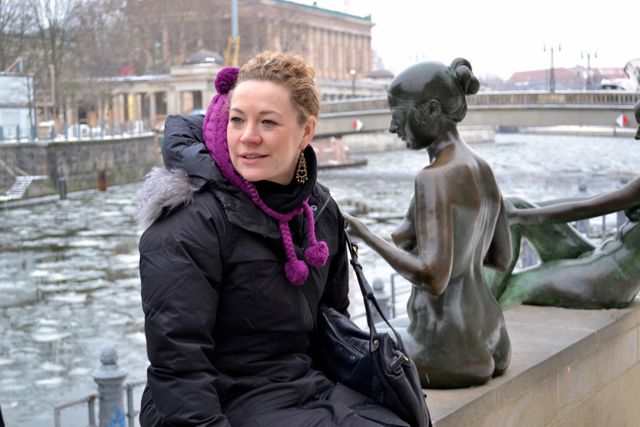 My husband and I went again last October.  It was chilly and rainy, but much better than it had been in January.  Thus, we were able to cover more sightseeing ground.  We went deeper into the Mitte neighborhood (hipster haven), ate and drank well in Kreuzberg (bleeding-edge cool), and visited a residential neighborhood in southeastern Berlin for an interview with Gitte, the owner and designer of the Pictofactum jewelry line.  (Read our interview here.).  We started to penetrate the city a bit.  We also had a hankering for old things (Hamburg is not an antiques town), so we decided to make it a bit of a marathon.  We visited five of the best/most popular flea markets over the course of three days.  Berlin is not what you’d call a compact city, so we put our U/S-bahn passes to good use.  Due our travel by train, we were selective in the amount that we purchased.  That is to say that we bought some vintage crystal jewelry and a mid-century school-room map of Hamburg.  We were not selective in what we chose to buy.  Getting the 8-foot long rolled up map through a few train cars proved a challenge.  But like passionately committed shoppers, we persevered. 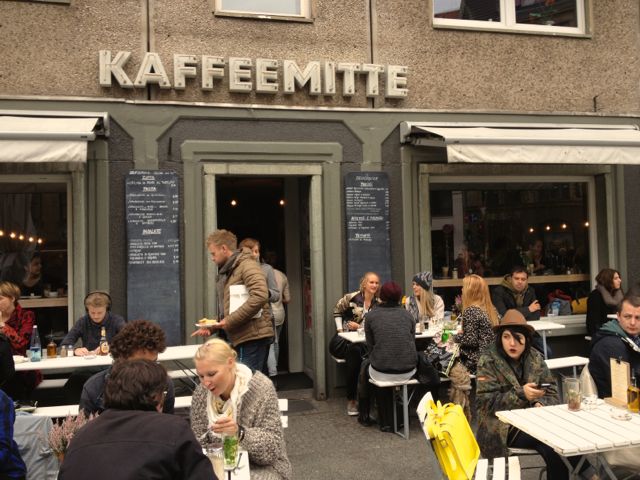 My last visit to Berlin was a couple of weeks ago.  This time there was a whole new element in the mix:  our newborn daughter.  She was 6 weeks old at the time, and the trip was for her.  Well, she was the excuse for a long weekend there – to take her to the US Embassy (yet another visit) to get her passport.  We found ourselves very limited in terms of the breadth of activities we could reasonably do.  We wisely chose to stay in our neighborhood, Mitte.  That allowed us to wander the area and bolt back to the hotel when the baby had a crying fit.  Mitte constantly boasts more new trendy boutiques.  Still hanging onto plenty of baby weight, the only purchases I made were a scarf, a necklace and fabric to make throw pillows.  We also cruised the Prenzlauer Berg neighborhood on our way to a Mexican restaurant that had gotten excellent reviews.  (What else would one eat in Germany?)   Prenzlauer Berg was just as our friend described it, full of young parents in boho-cool garb pushing chic strollers, and home to the shops that cater to them.  I can say without irony that I thoroughly enjoyed it.  We also managed to stop into KaDeWe for some American culinary essentials such as Betty Crocker vanilla cake mix and Diet A&W Root Beer.  Sunday was flea market day.  We nipped up to the Tiergarten market and picked up more vintage crystal jewelry, as one does.  I also stocked up on antique knobs for a little project I’m working on.  Then it was off to Hauptbahnhof to catch our train back to Hamburg.

Here ends my ramblings on Berlin.  Never fear – photos of my findings will come in a future post.