Shortly after we moved into our unfurnished Paris apartment, we found that we were spending a TON of money furnishing it – and that was just buying the basics at Ikea!  After our couch was delivered, I ended up hanging on to the box it came in order to use it as a spacial model for appliances we would need in the kitchen (like a refrigerator).

After about a month, we realized that we may not be long for Paris, and decided not to furnish the kitchen (Yep, we’re still using my boyfriend’s tiny dorm fridge.)  But we still had the box.  I had a brainstorm one afternoon and decided that I could repurpose it.  Check it out: 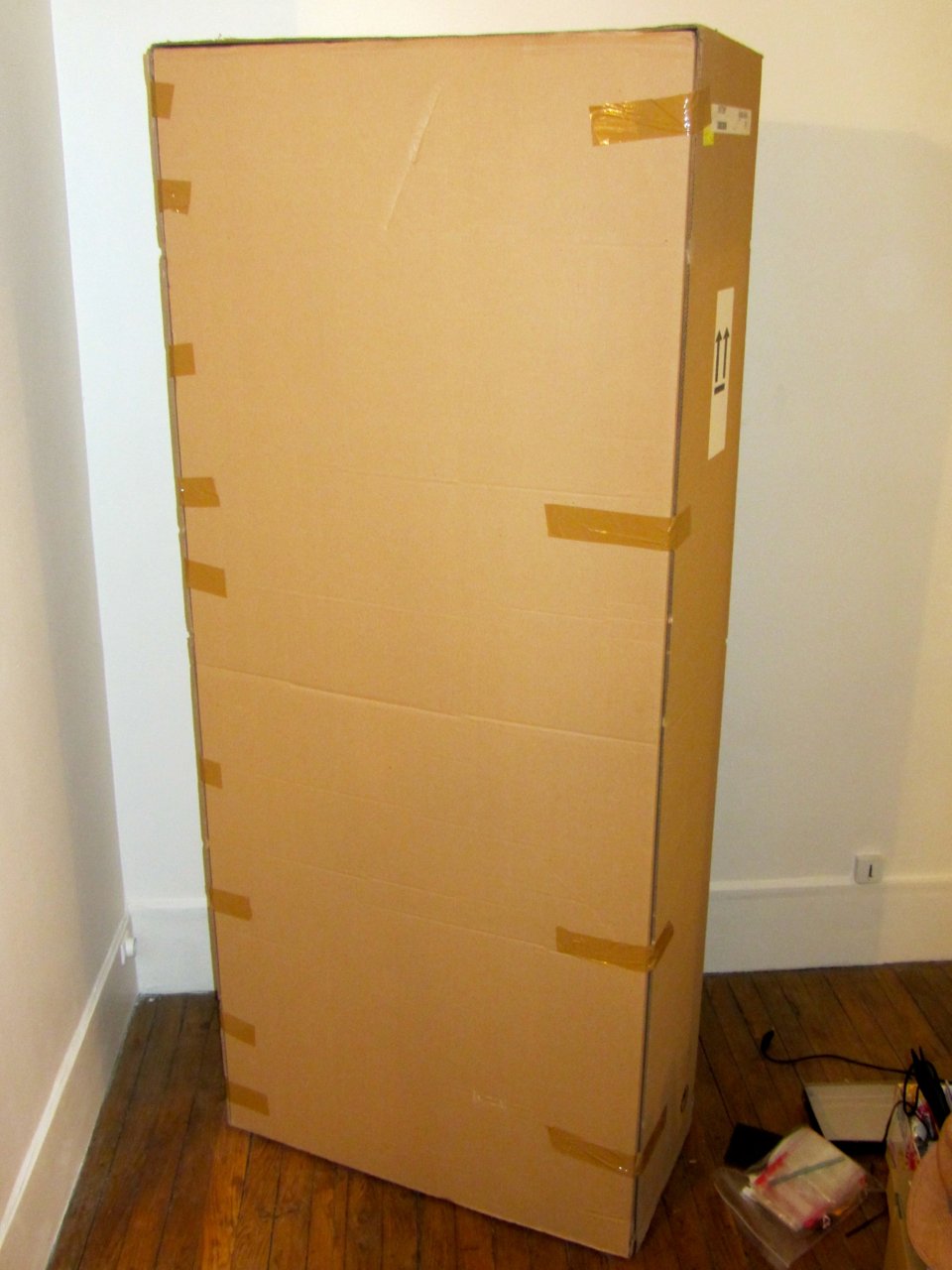 Step 2:  Position the box so that it best fits your space.

Step 3: Outline where the hole(s) on the front panel will be.  Obviously, the holes should be large enough so that you can get your things inside.  Two warnings: 1) Don’t cut through the top or bottom of the box.  In other words, there should be a “lip” above and below the holes in the box.  2) Make sure that no hole is larger than 50% of the total surface area of the front of the box and that all of the holes together do not take up more than 75% of the front panel.  If there isn’t enough of the front of the box intact, the items on top of the “bar” will cause the whole thing to collapse! 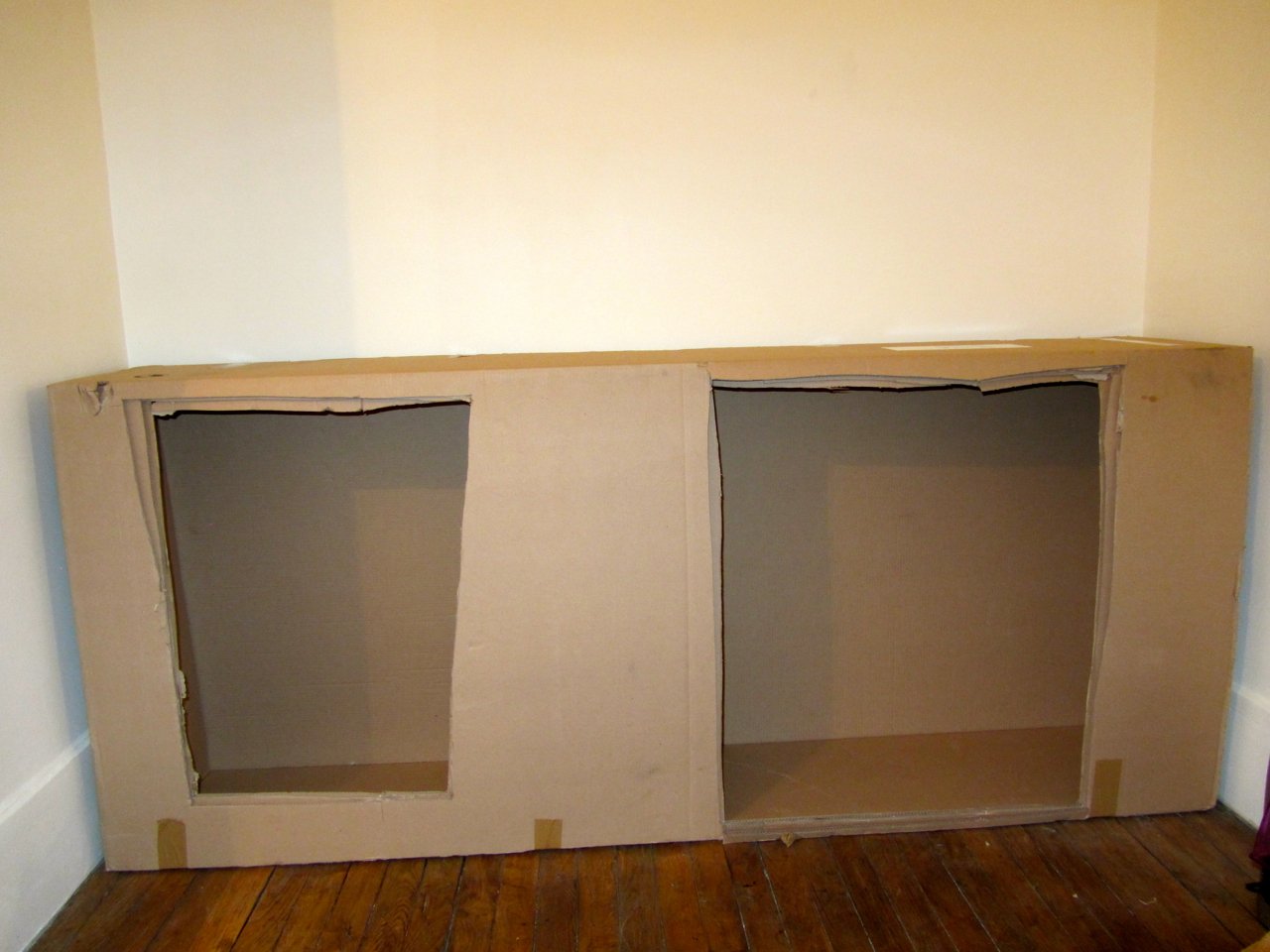 Step 5: Begin placing your items in the storage area. 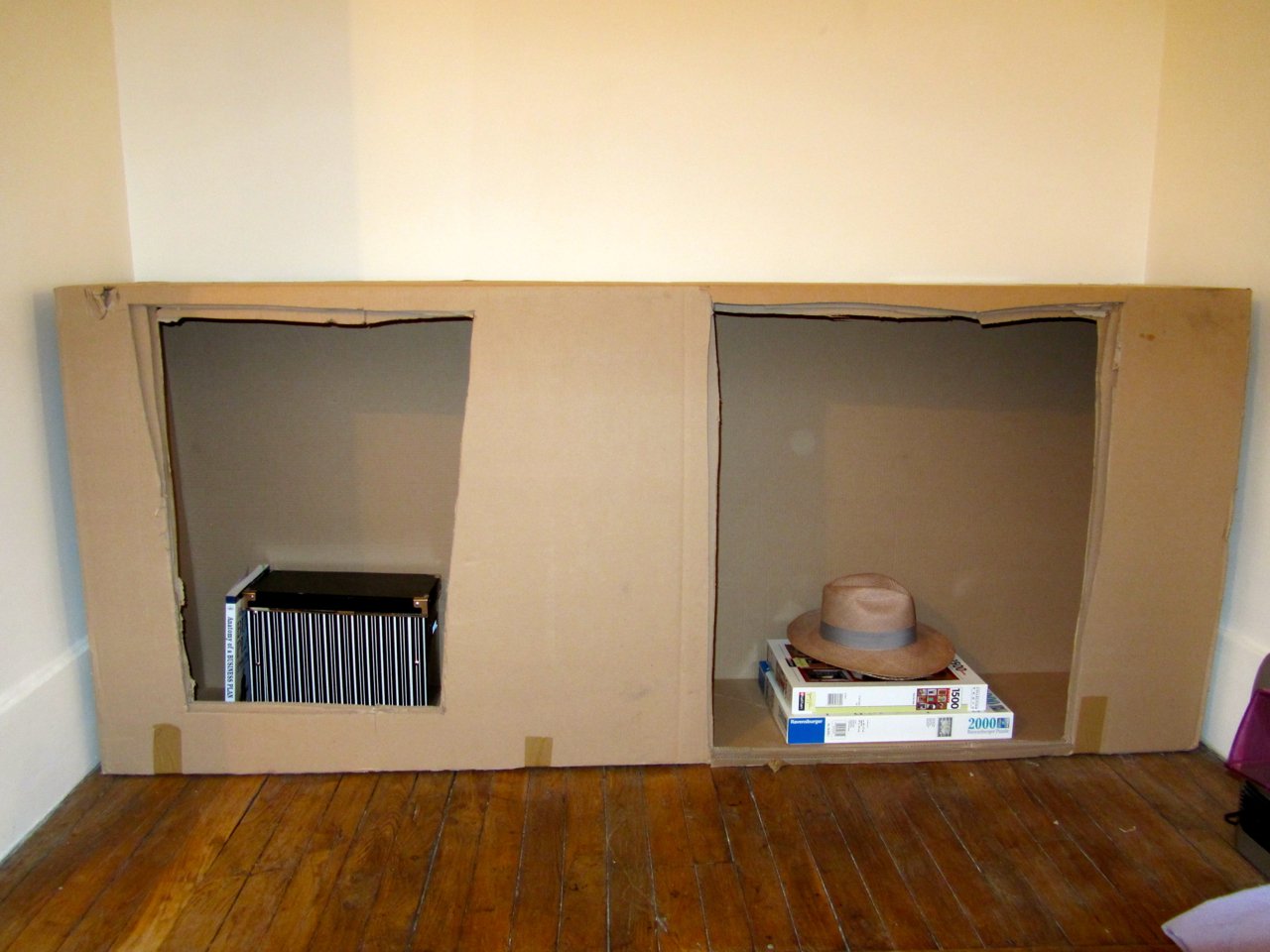 Step 6: Reinforce the top of the bar.  For extra support, and a smooth surface on top, I used several pieces of poster board cut to be the same size the top.

Step 7: Cover the box.  Find a textile large enough to fit the front, sides and top of box and pop it on!

Note: Because the bar is made of cardboard, you will not be able to place heavy objects on top!

And before I unveil the finished product, here’s the accounting for this project:

poster board for reinforcement: $5 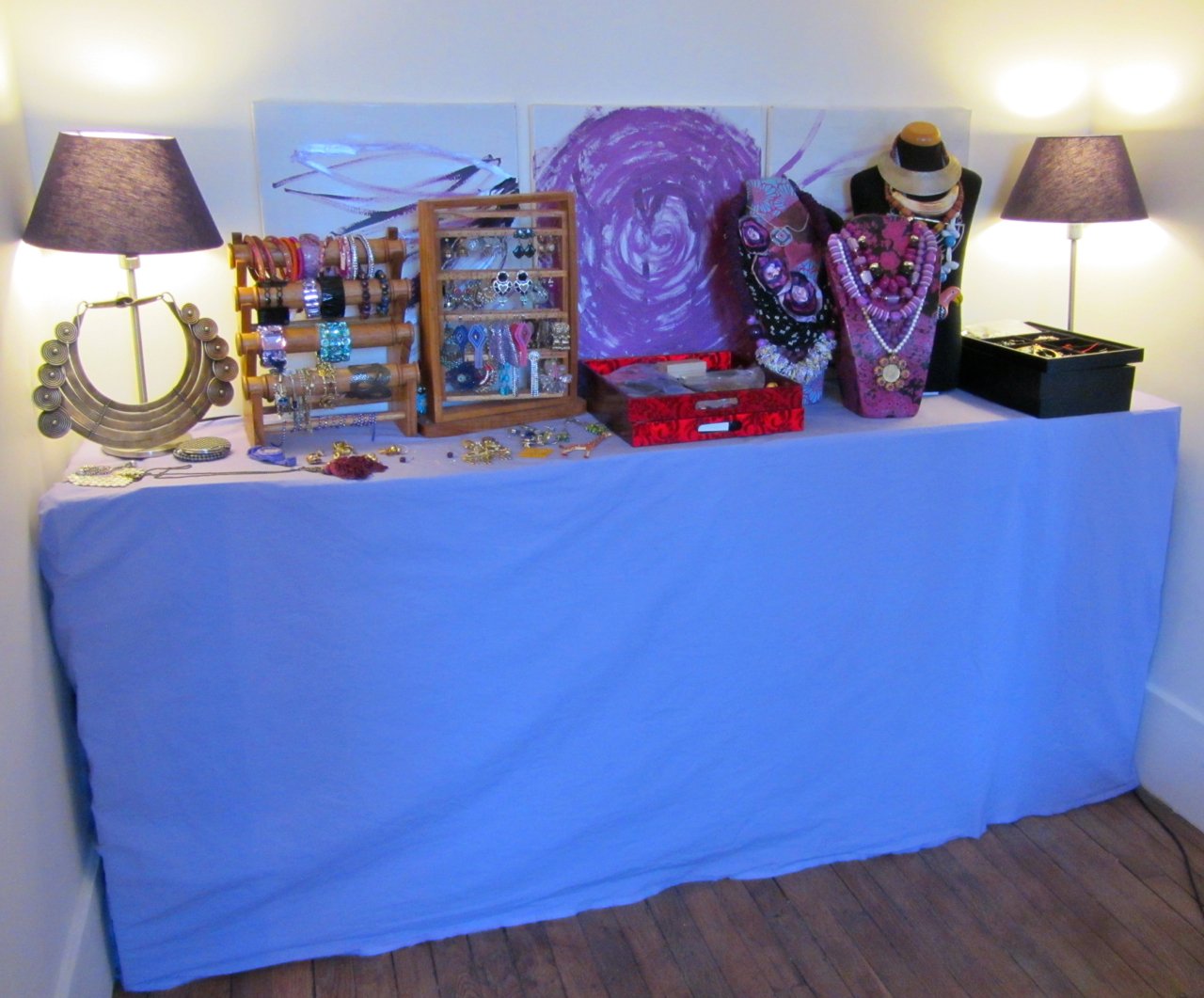 not great lighting, but you get the idea!