Oh wow.  I’m waaaay behind on posting.  Well, let’s get the ball rolling again with some photos from our Memorial Day vacation in San Diego.

We started our road trip from the northern ‘burbs on Saturday morning at the crack of dawn.  Well, it was 8am, but it felt early.  Unfortunately, it was not early enough.  We sailed through LA on the 405 and even cruised through the O.C. at a nice clip.  Unfortunately, we hit a wall of traffic just north of San Diego and it.  Took. Forever.  What should have taken us 2.5 hours took us close to 4 hours.  Our toddler was especially unhappy about the situation.

But San Diego lived up to its reputation for having the most amazing weather ever.  It was in the low 70s and partly sunny all weekend.  We’re lucky to have a friend from business school (my husband’s best man at our wedding, in fact) who has a crash pad down there in Point Loma.  Point Loma is at the end of a very narrow peninsula and is a fun place to stay.  It’s not touristy, being almost completely residential and being home to a large U.S. Navy base.  In fact, it’s where Top Gun takes place and where it was filmed.  Remember the scene when Tom Cruise is going to his hearing before the judge after Goose dies?  The one in which he’s walking alone down a beautiful outdoor corridor with arches?  Well, that beautiful outdoor corridor now leads to a Ralph’s grocery story.  (Wah wah.)

Life on Point Loma was just our speed for the weekend. That is to say, s-l-o-w.  The area is what I pictured much of California by the ocean to be like – you can wear flip-flops literally everywhere (even to the “nice” restaurants), there are tons of surfer dudes walking around with their boards, there’s plenty of yummy seafood to eat, the views of the water and the city are wonderful and the homes are lovely, modest and priced at over $1m.

Just to give you a little flavor of the place ~ 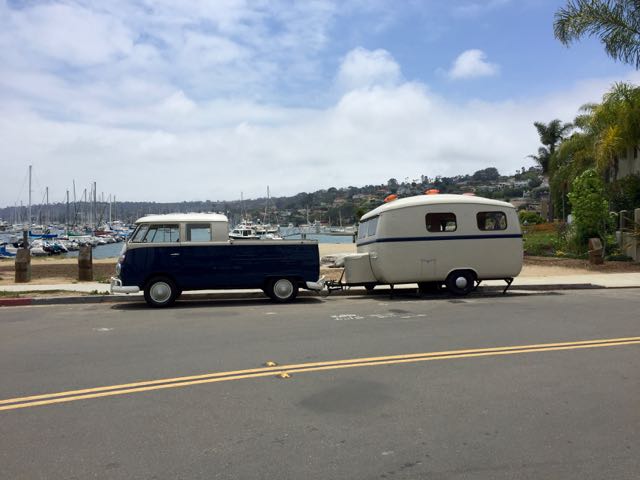 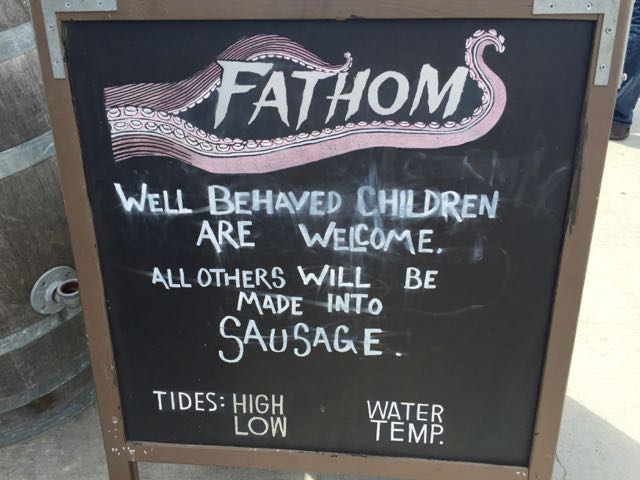 One of the things that we did that weekend was LOTS of was walking.  I didn’t realize until then how little walking I do in my daily life here in the ‘burbs.  My legs and feet were so sore by the end of the first day that I had to decline a walk to the mini-mart to buy dessert.  Pathetic.

On Sunday afternoon, our friend took us on a walk to the end of the peninsula so that we could take in the bay, and give our daughter a chance to play on the playground equipment along the walk.  The views were quite nice, if a bit industrial. 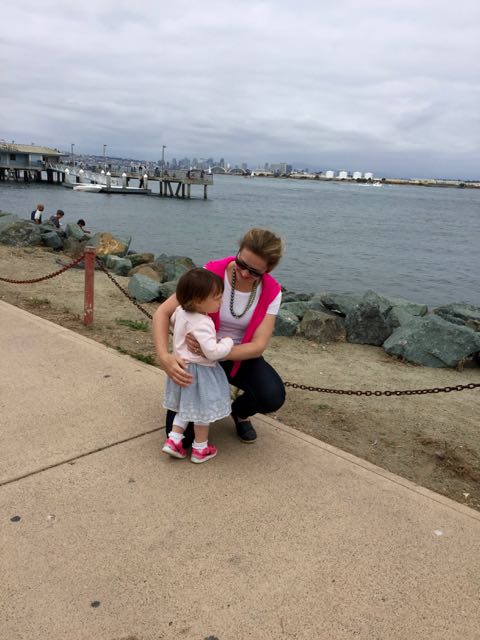 Note the skydiver? parachutist? in the background ~ 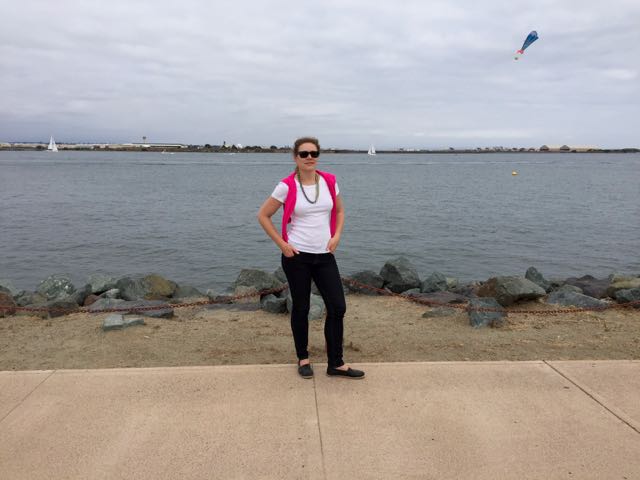 And for a closer look at the jewels ~ 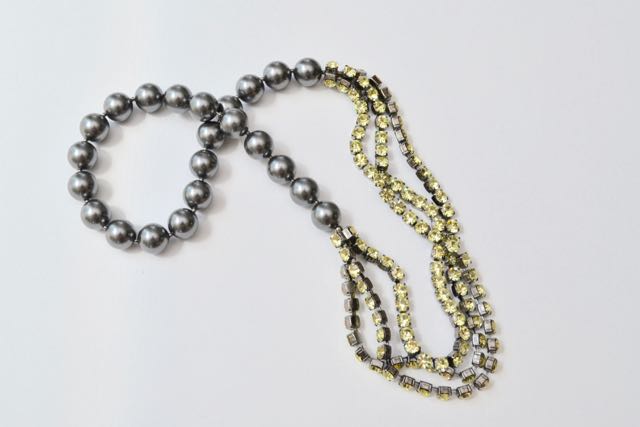 The necklace is from an Austrian brand, Florian.  I hadn’t heard of it, but apparently it has been featured in W Magazine and many others.  (See, I knew I had a good eye.)  The piece I bought is Austrian crystal and grey pearl.  I saw it on the mannequin and I had to have it.  Even though I’m not wild about wearing grey or yellow, it just looked so shiny and it felt good and substantial.  I got it last winter at Hecking, one of my favorite accessories boutiques in Berlin.  In addition to this necklace, I’ve gotten several gorgeous scarves there.

Do you know the “I Really Love My….” section in People StyleWatch?   If you’re a regular follower of my blog, you would think that I’m auditioning for a spot in that section because I’m constantly wearing my fuchsia J.Crew crewneck sweater.  (Except that I won’t make it because I’m not famous!)

Until next time, happy exploring!