The headline is a bit misleading.  What I mean is that the soldes season has arrived in France, the twice-yearly period during which retailers are permitted by law to reduce prices.  Although yesterday was the official (legal) kick-off of the sales, signs started going up last week around the city to announce their arrival.  I love seeing how each store communicates its solde: 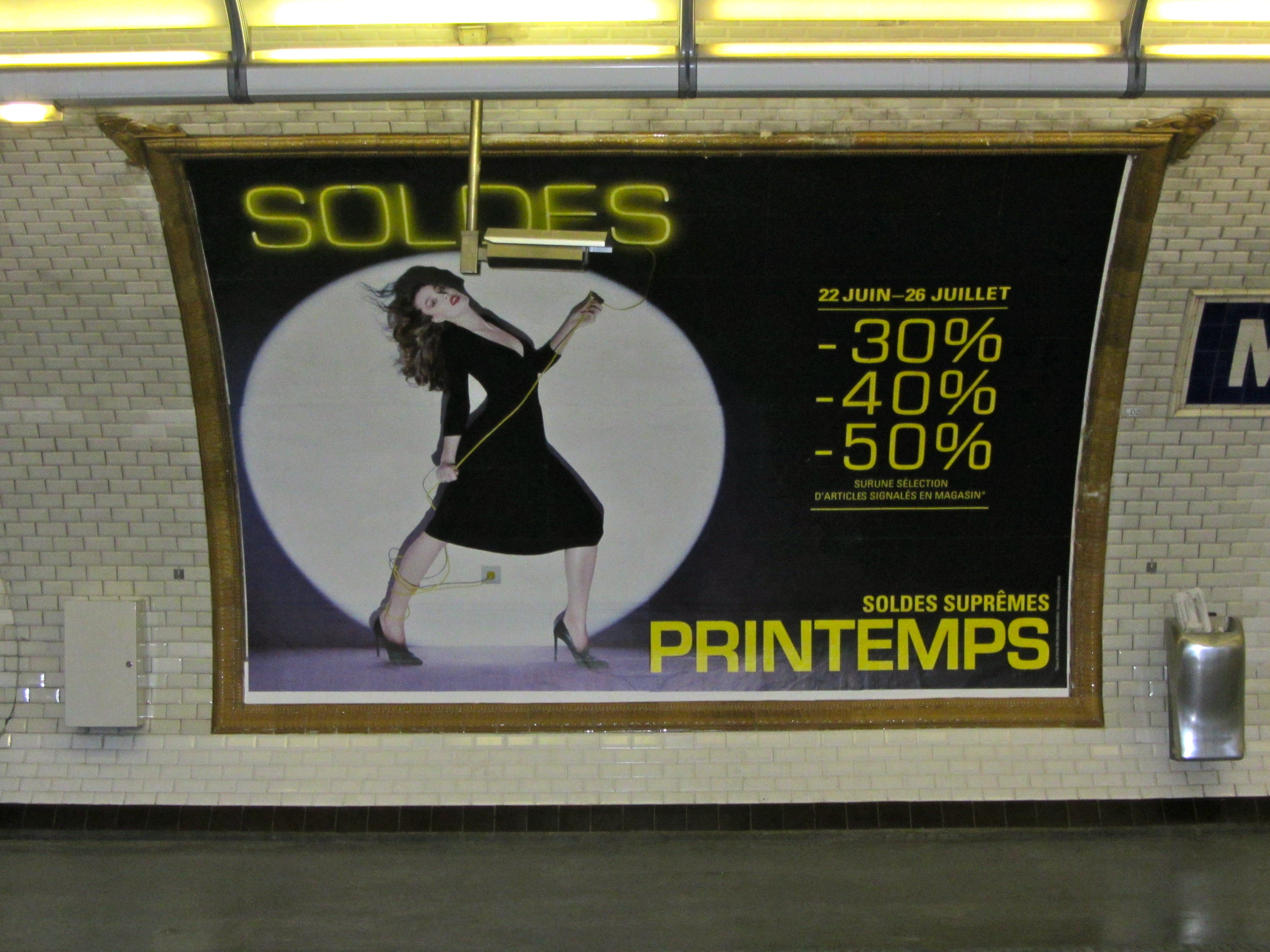 Printemps ad in the métro 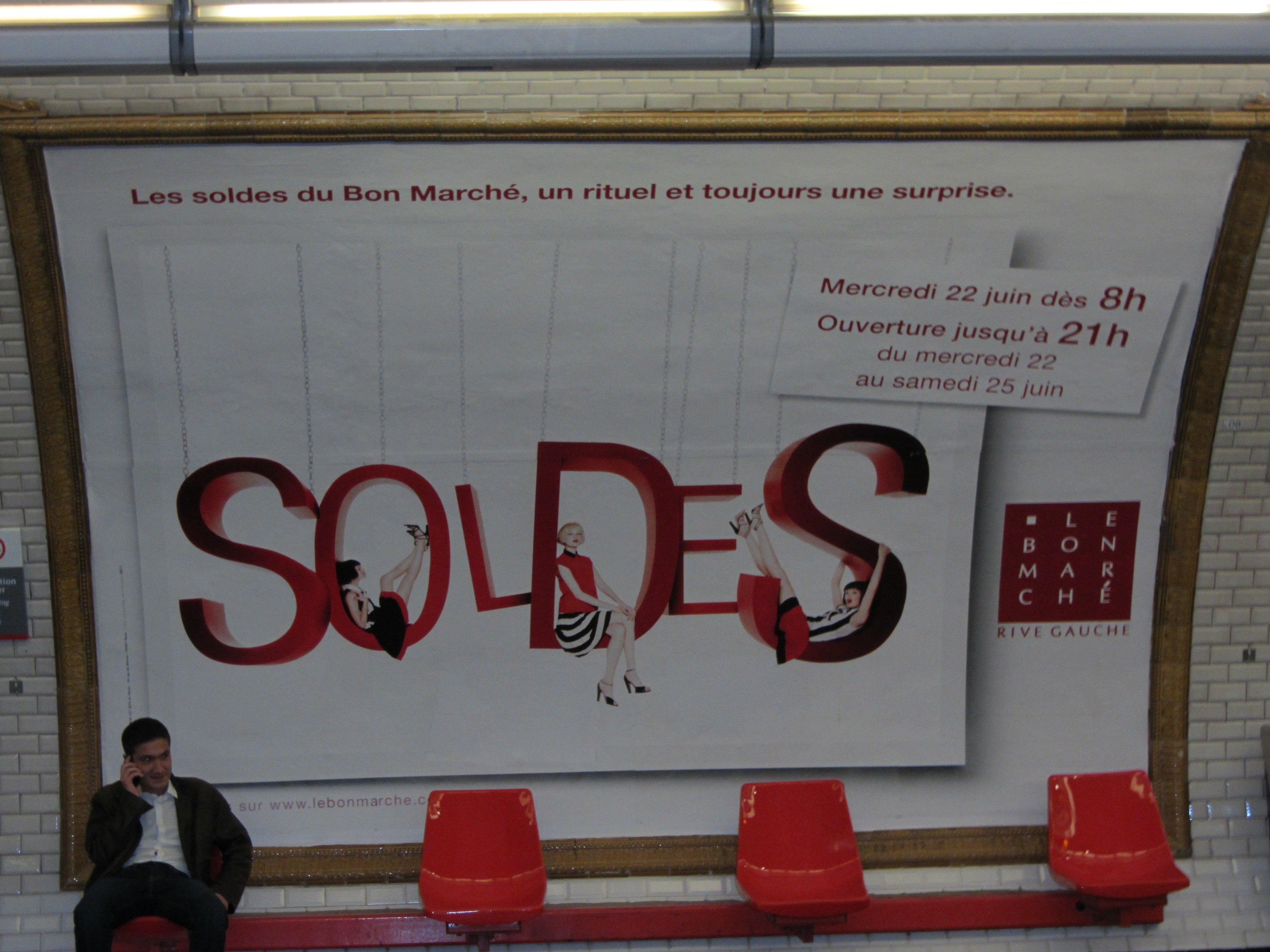 Le Bon Marché has also plastered the subways with ads

and online, a Galeries Lafayette call-out

And each boutique finds its own way to spread the word: 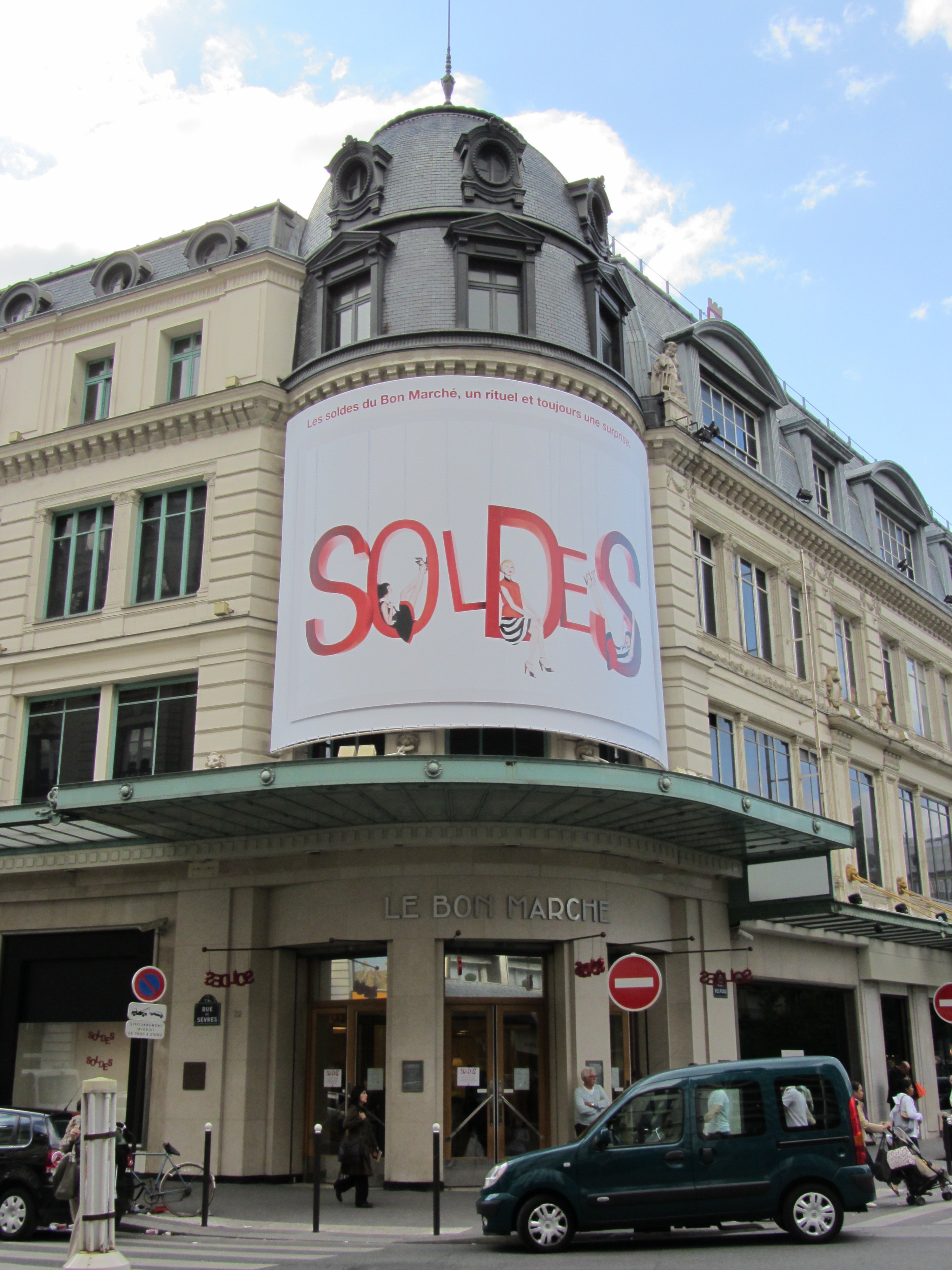 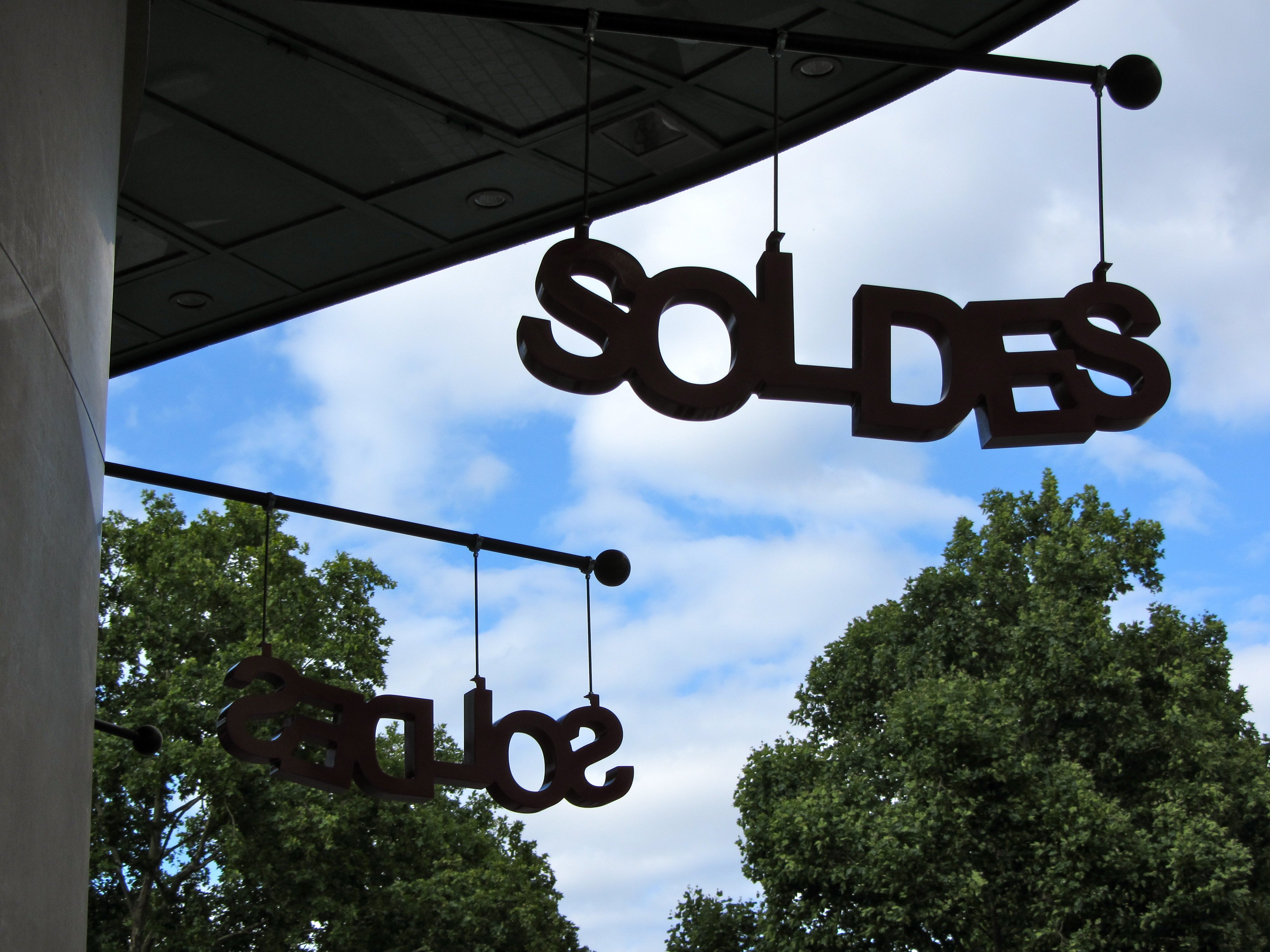 more signage “on-site” at Le Bon Marché.  i love it! 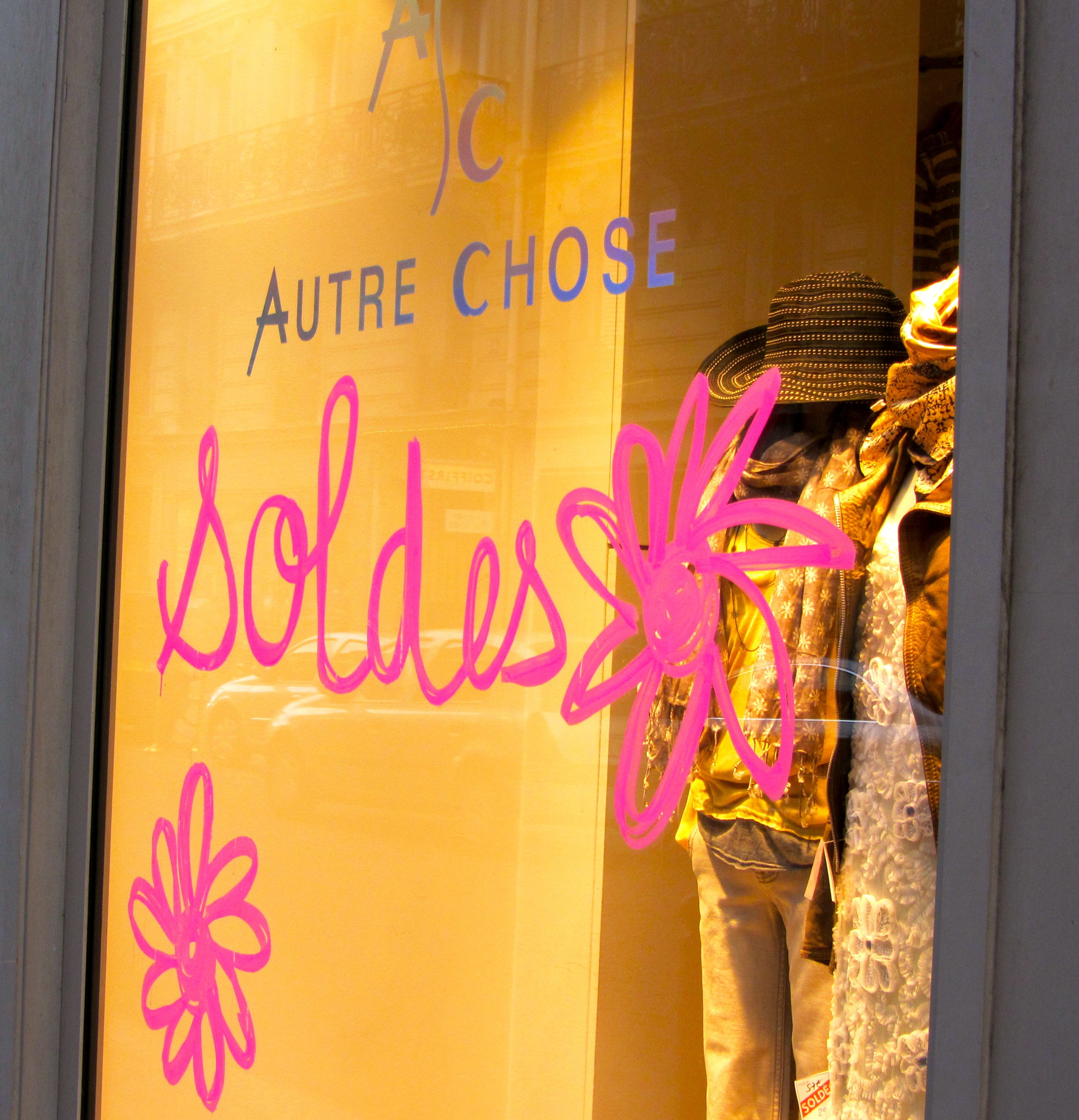 painted on the store’s vitrine 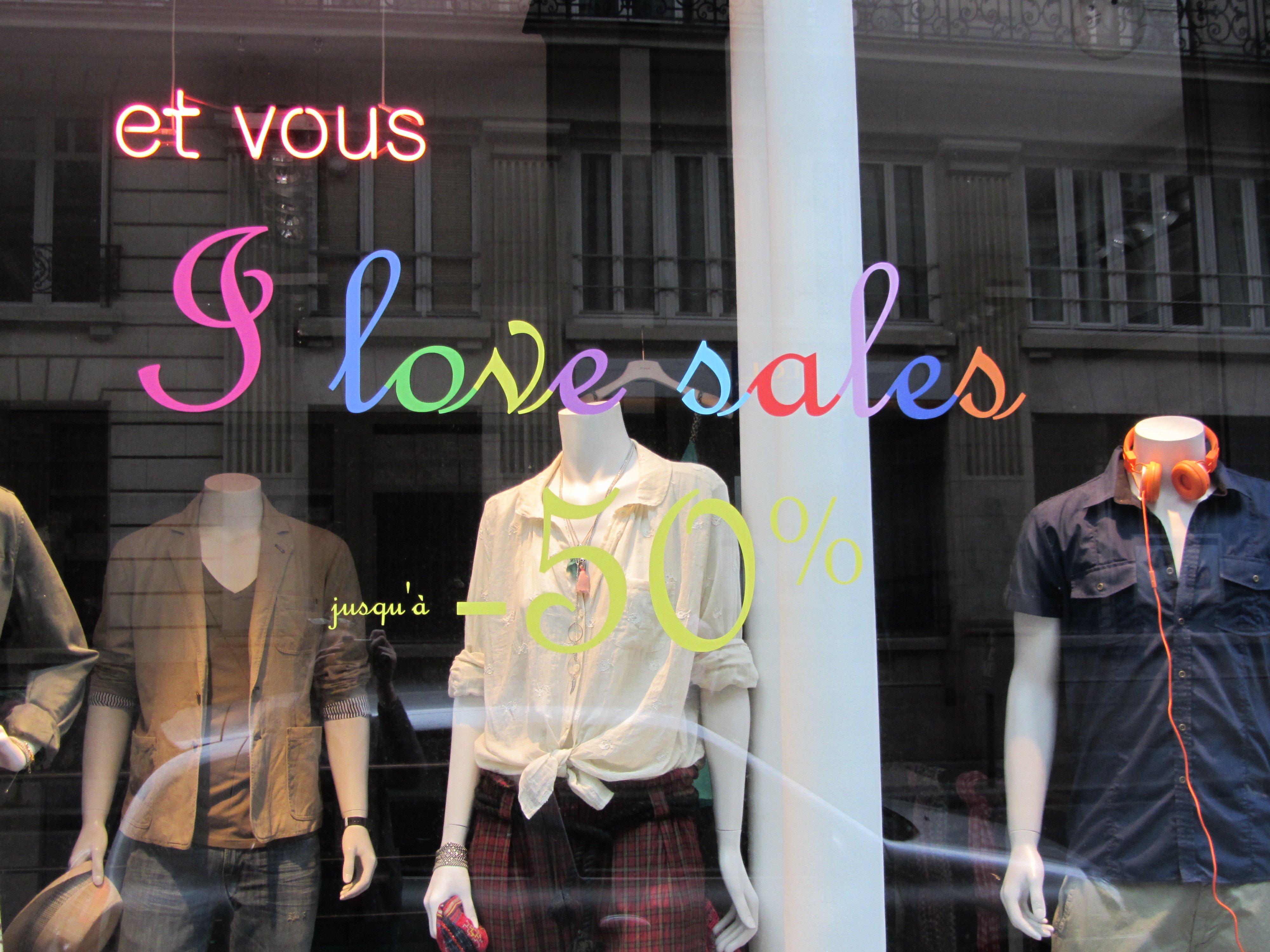 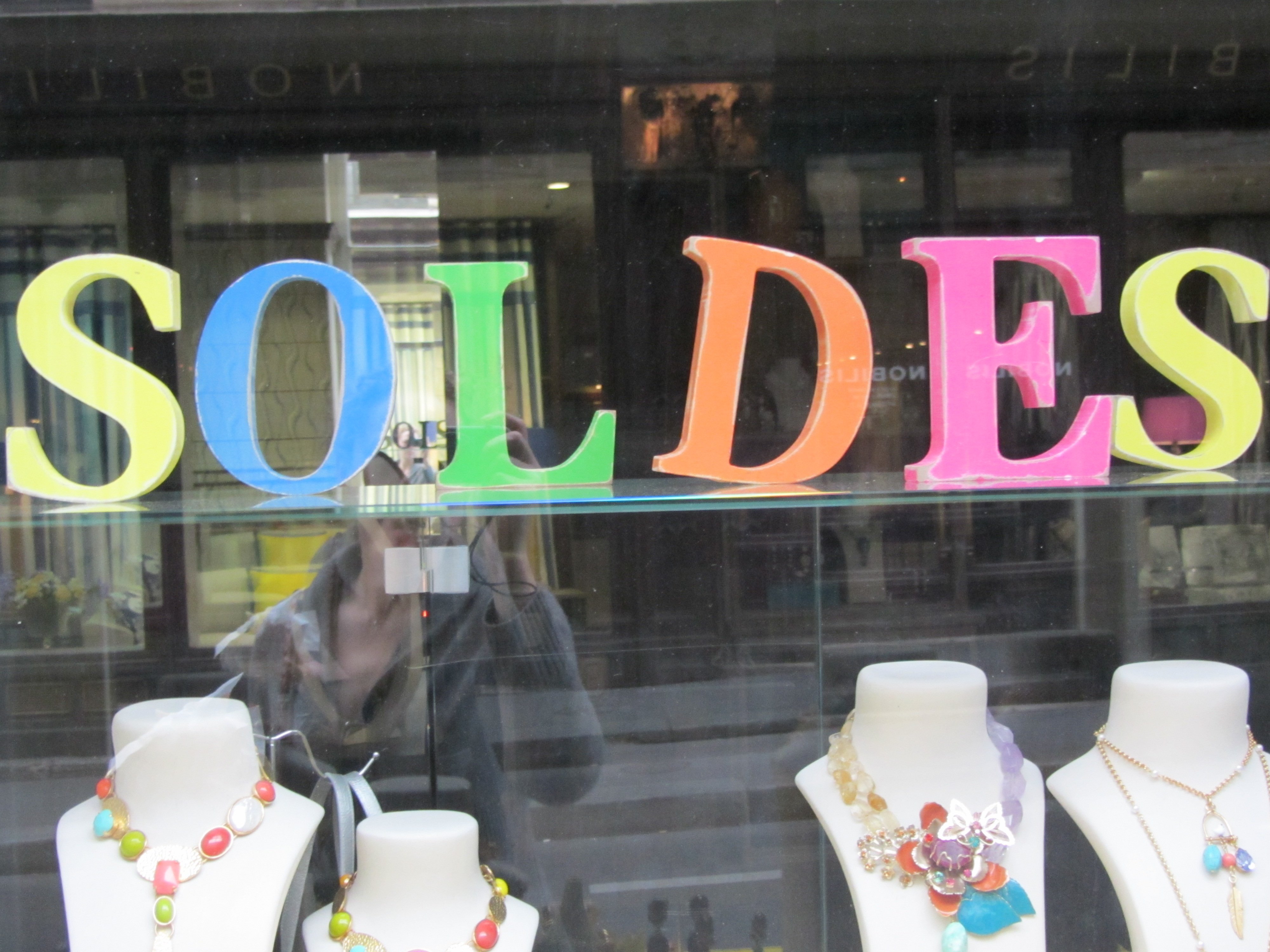 hand-painted, cut-out letters at a jeweler in Saint-Germain 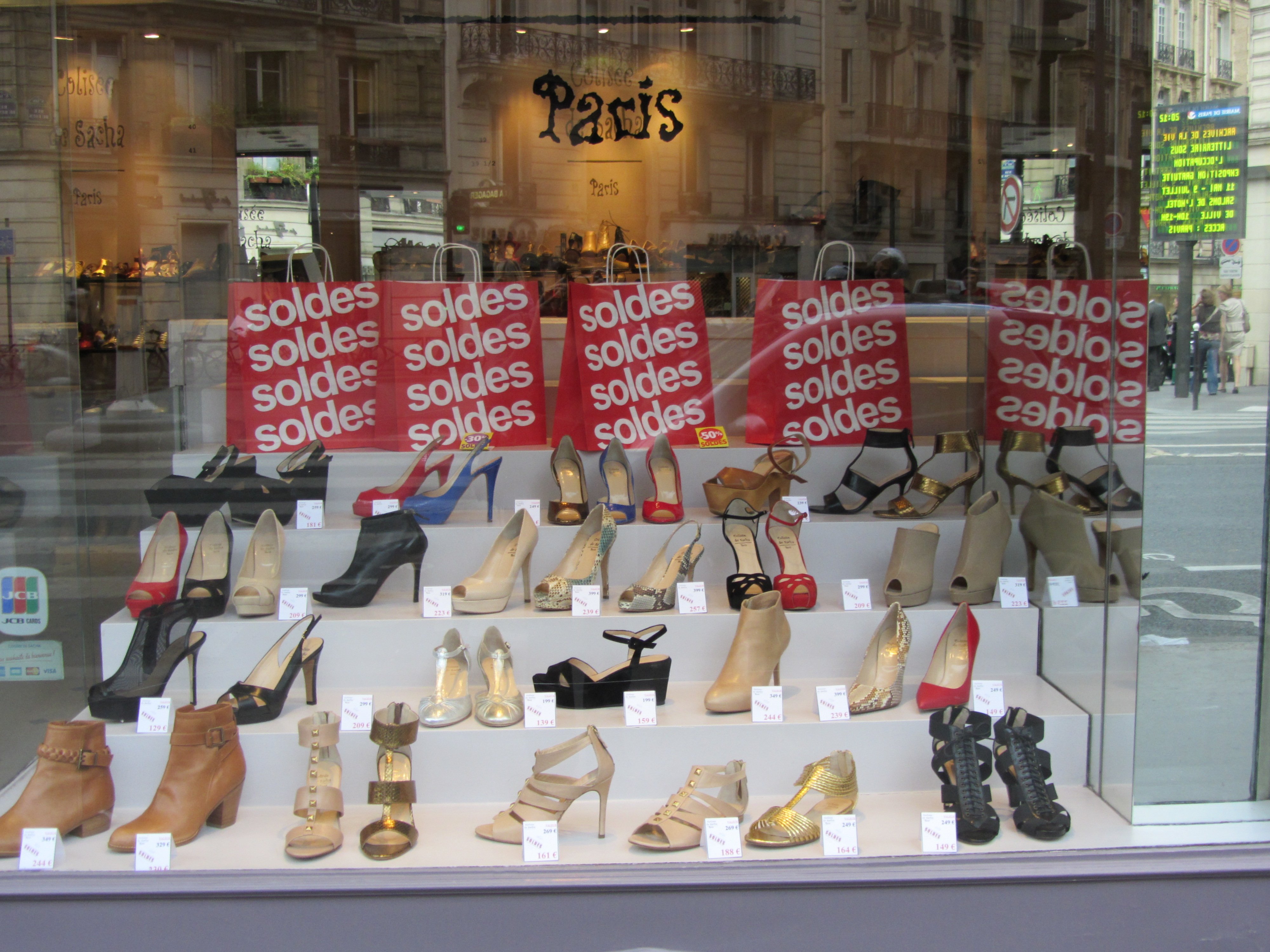 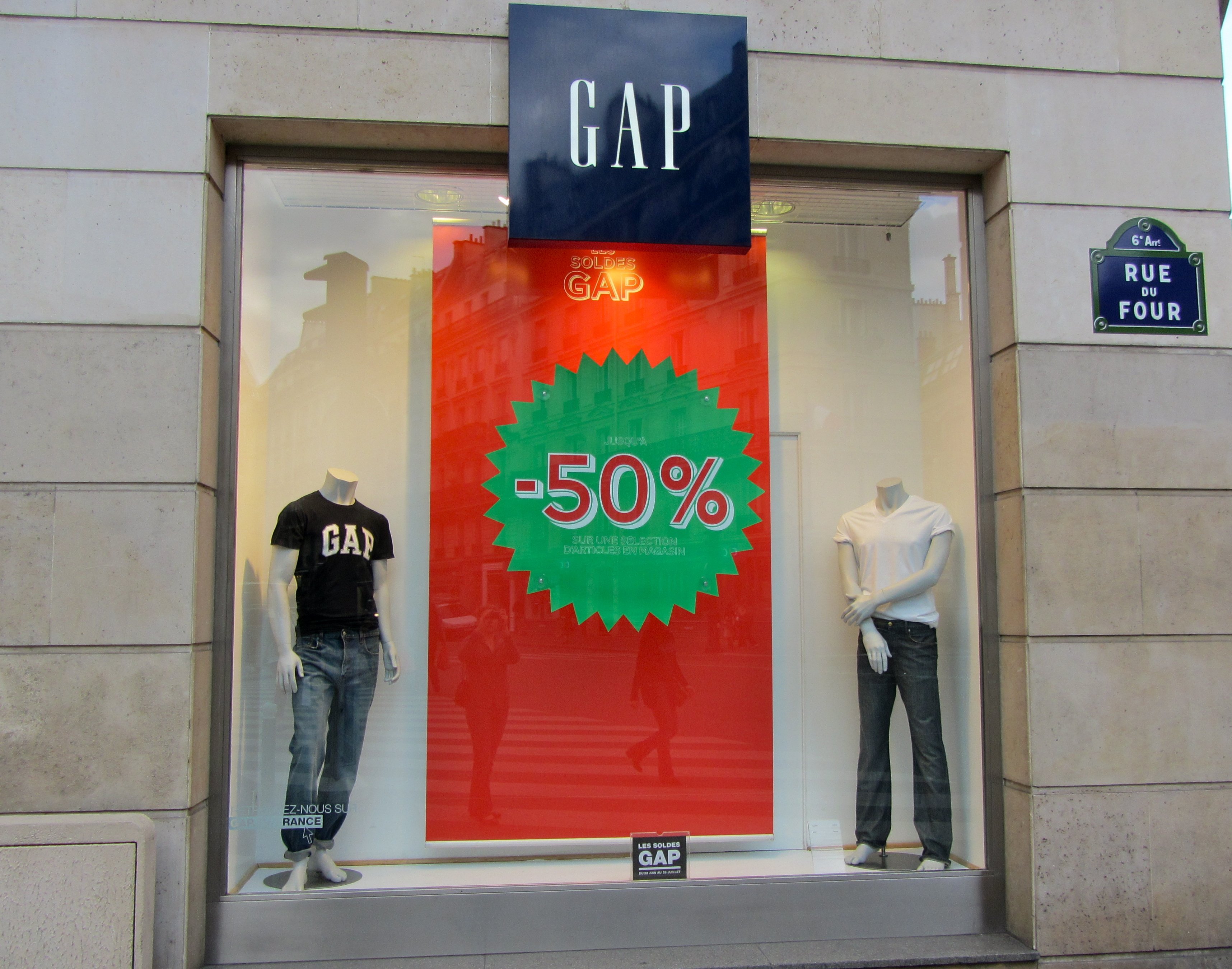 and the more prosaic at the Gap 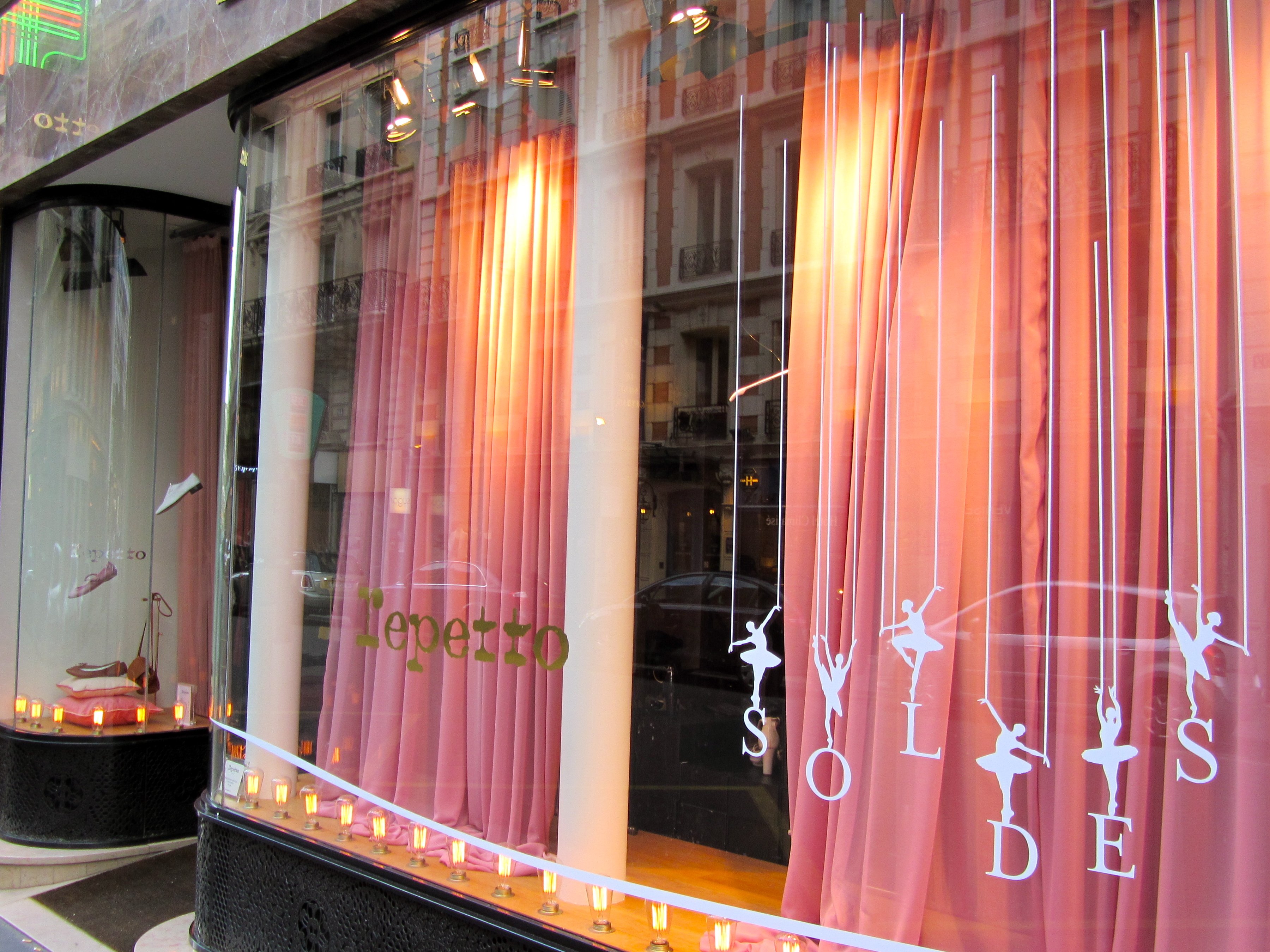 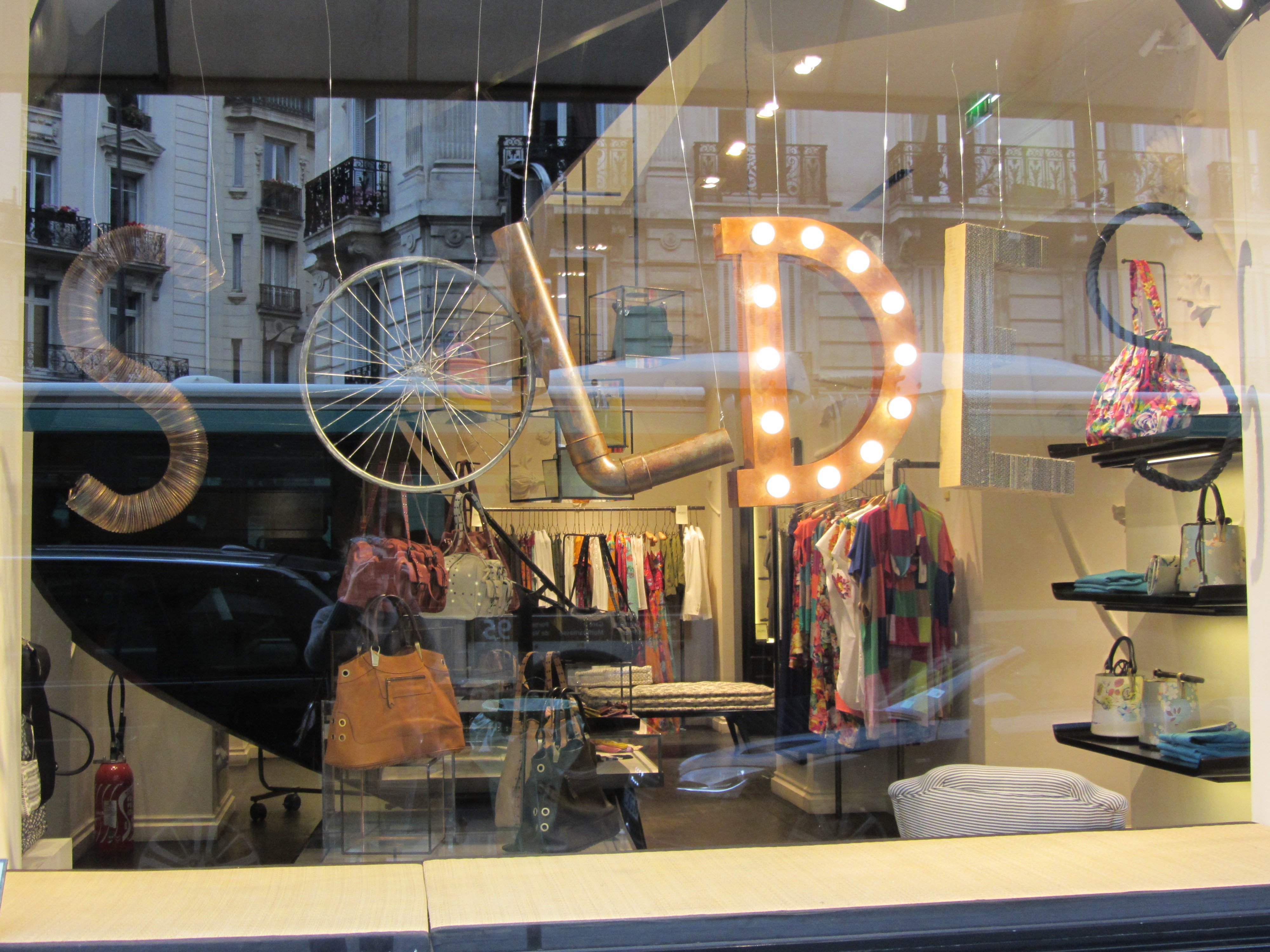 and my FAVORITE, at Kenzo, each letter an objet or “found art”

Yesterday was the first day, and all of the big stores opened at 8am (usually they open at 10am) and remained open until 10pm (vs. 7 or 8pm on a normal day).  I missed the line-up of people waiting outside Le Printemps Haussmann, as I was up too late the night before for Fête de la Musique, but did manage to scope out the entire store and retreat, without having purchased a single item (other than a venti latté at a nearby Starbucks), before 10am.  I’m still recovering.

For those of you in Paris, or who are coming to Paris in the next month, Happy Soldes!