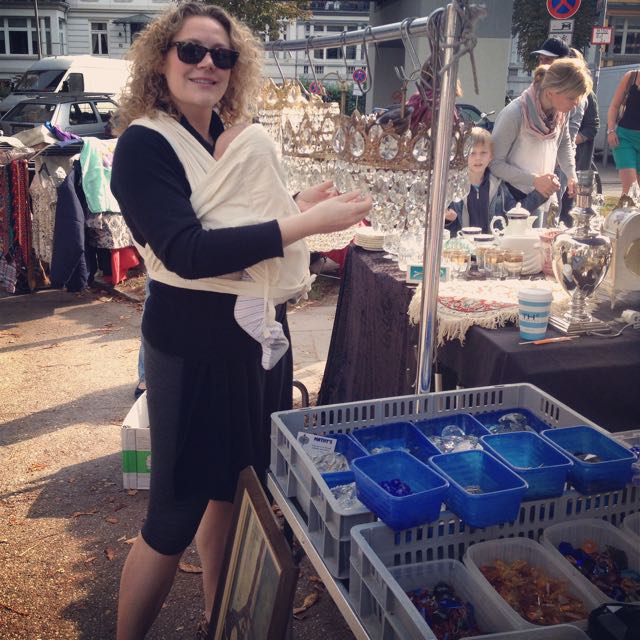 {at a flea market with my baby girl in Hamburg, Germany}

It seems like I’ve read numerous magazine articles lately about collectors who have been going to flea markets since they were five years old. Or coveting their grandmothers’ jewelry from the age of six.  Could this be true?  What kindergartener even understands what ‘vintage’ or ‘antique’ means, let alone has developed a passion for it?  Maybe it’s a bit of an exaggeration, meant to spice up a story and impress readers. 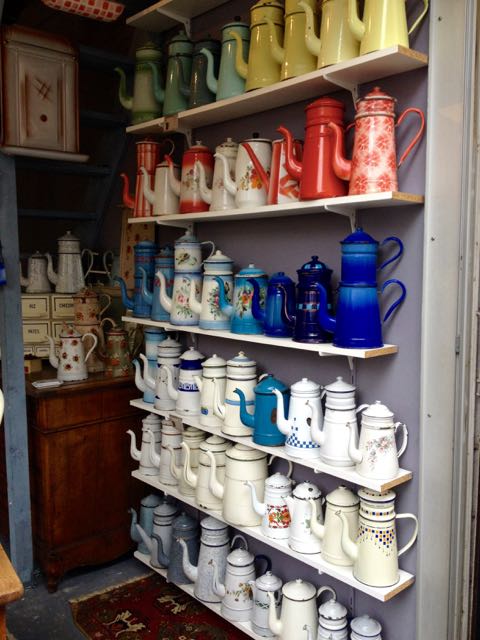 I’m a hard-core shopper.  I know pretty much where to find any type of garment or decorative object anywhere in the world at this point.  And it has taken years – a decade and a half, give or take – to get here.  But even I didn’t start honing this skill until I was a teenager!

My proclivity for flea markets came years after that.  Not until after college, when I was living in New York.  I was working in fashion at the time, and all of the cool kids were into vintage clothing.  So I dipped my toe into the waters of the 26th Street Flea (Manhattan’s most famous).  I generally bought little to nothing.  That was partly because I had little to no money to spend on such extraneous things.  But I strolled through, none the less.  One weekend, I saw Parker Posey trying on vintage cowboy boots and basked in her radiated awesomeness.

As I got a bit older and had a bit larger budget, I developed a crush on vintage jewelry.  This I did buy at the 26th Street market.  A Sarah Covenant here, an unsigned “West Germany” piece there.  And occasionally I’d try my luck at the Fort Greene Flea in Brooklyn. 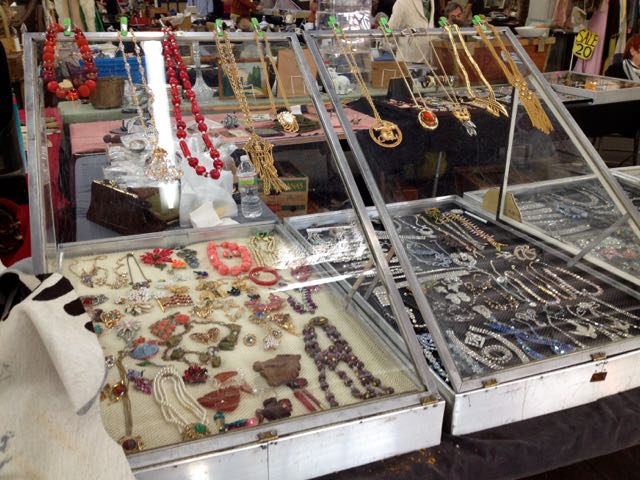 {vintage jewelry at the 26th Street flea in Manhattan}

My interest really skyrocketed when I moved to Paris.  I did street markets, but also went to vintage design shows and met dealers who carry the primo designer stuff.  Obsession official.  And I was in my 30s.