As sort-of a follow-up to my Christmas Eve post “Dressing for dinner”, I couldn’t resist including this amusing incident on the blog.

My boyfriend and I decided to eat dinner out last night, and we decided on one of our favorite cafés in our old ‘hood in the 15th arrondissement, Le Commerce Café.  As we were led into the rear dining area, I noticed something out of the corner of my eye.  It looked like someone had left a white fur scarf.  As I got closer, I saw that the scarf, in fact, had large ears, whiskers and a cute pink nose! 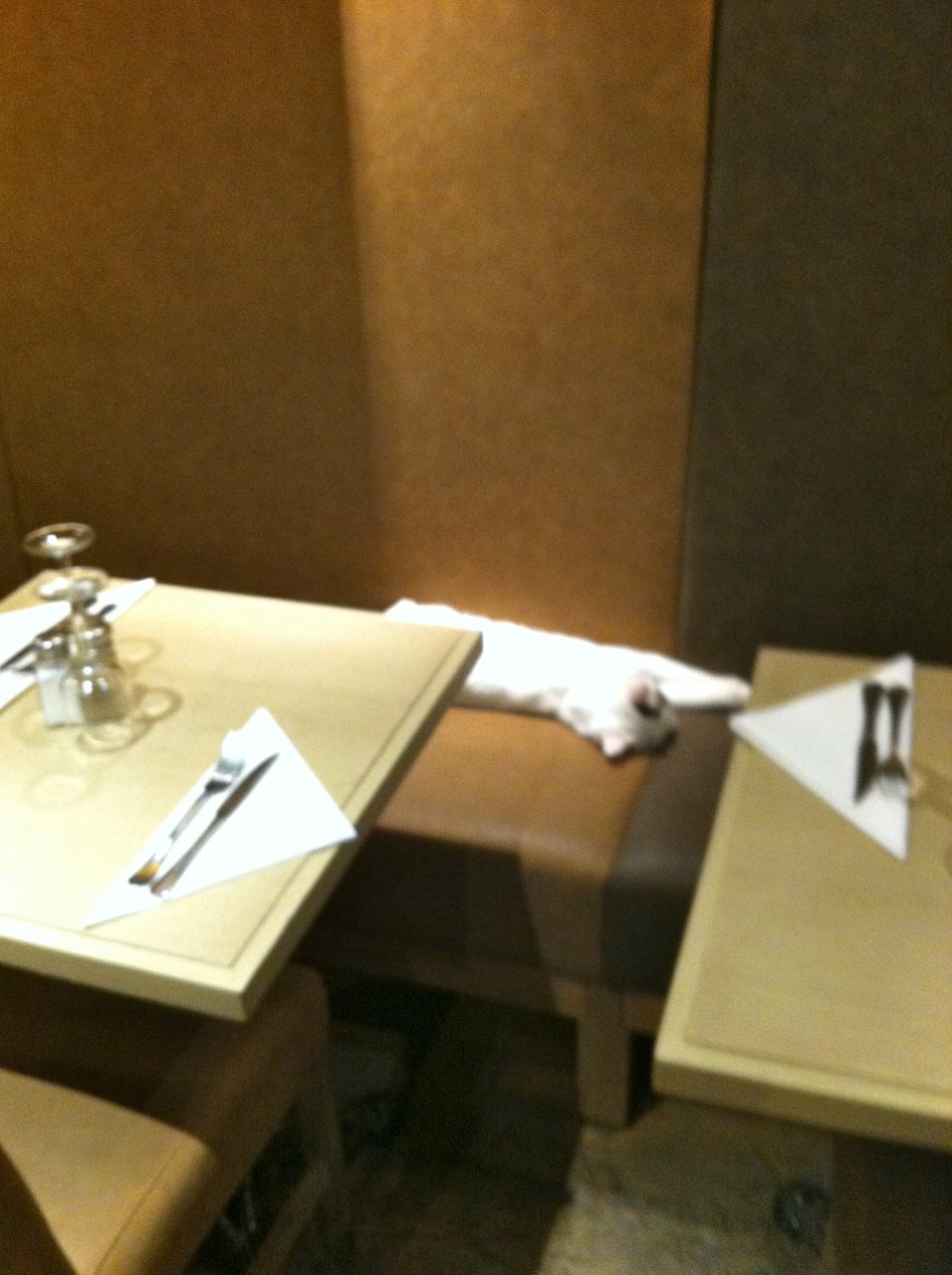 as I got closer, I realized the “scarf”was alive! 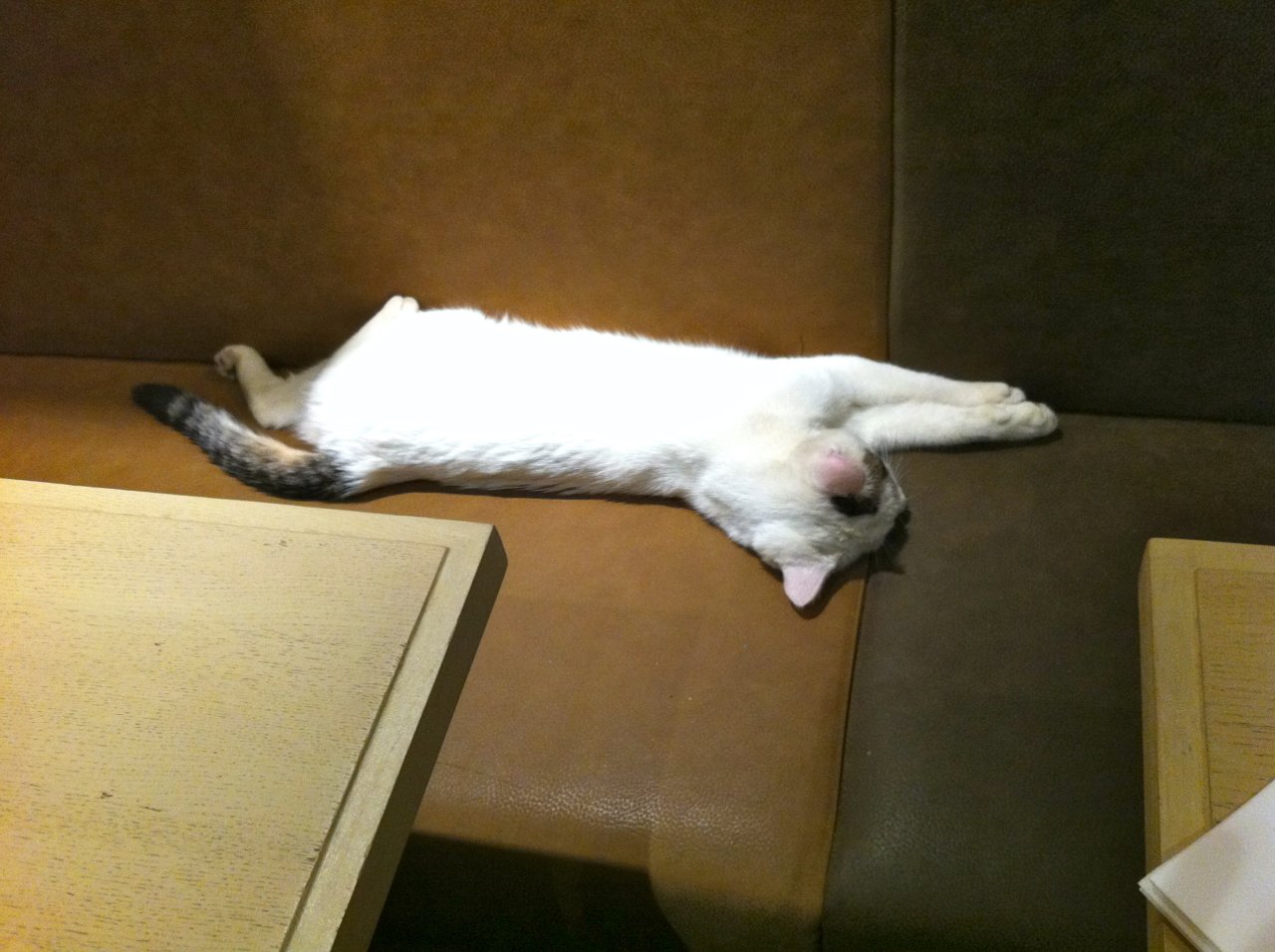 Before we sat down (across the room, so as not to disturb the little guy), I did go over and give the kitty a light petting.  This was partly to confirm that he was alive, as he was very still.

As other diners entered the back room to sit down, all were amused by the cat stretched out on the banquette.  We made a comment to the waiter about how funny it was that he was there, and the waiter said, ‘yes, well, he’s obviously very tired and needs some rest.’   I love it!!   This is one of my favorite things about France.  Yes, animals have germs, as my boyfriend reminded me, but I had germs, really disgusting ones, after I stepped in a fresh dog poop on my walk to the restaurant!  (The incredible amount of dog poop is NOT something I will miss when I leave Paris!)

As we were finishing out meal, the little café kitty perked up and seemed vaguely interested in the groups of people who had assembled in the room. 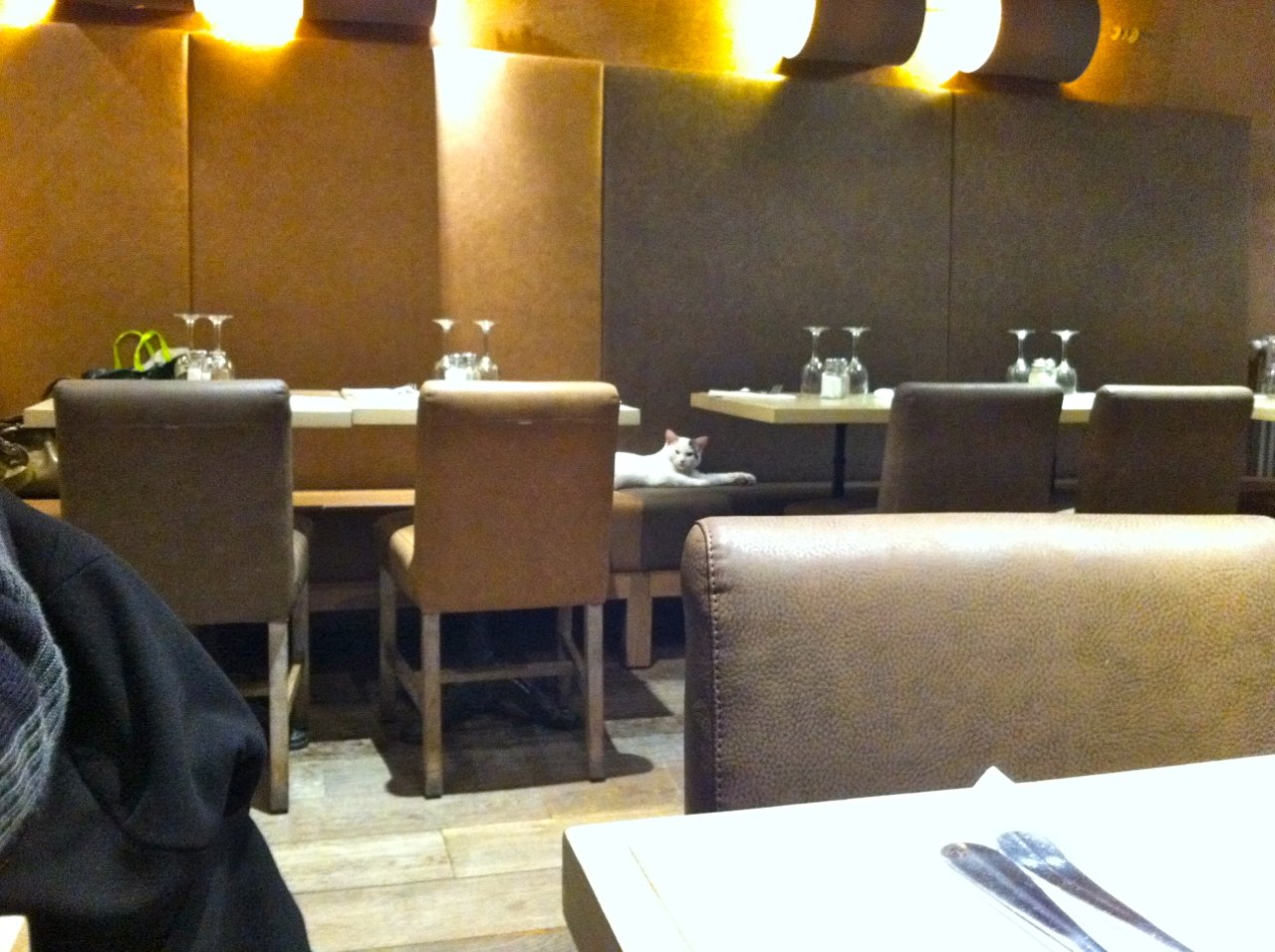 he’s looking at me!

Before leaving, I did give the guy a brief rub under his chin, which he seemed to appreciate.

Animals (usually domesticated ; )  in restaurants is one thing that I will really miss when we move back to the States.  As an animal lover, I find it charming.