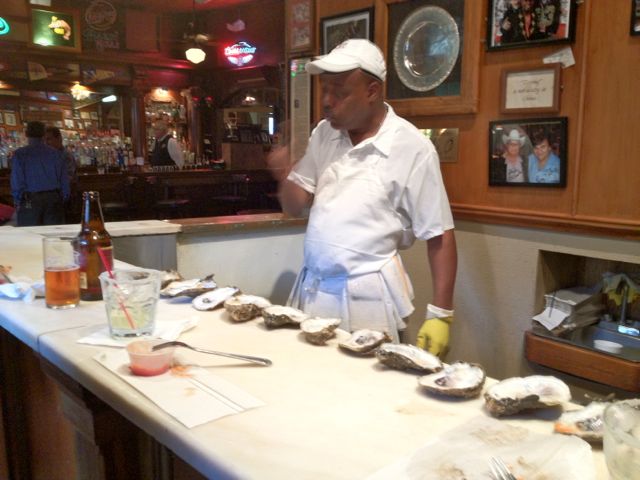 our friend, the oyster expert

This was the scene at the storied 99-year-old Italian-Creole restaurant Pascal’s Manale in New Orleans.  Three of us – my sister, my boyfriend and I – shimmied over to the famous oyster bar for half-shell starter.  We got more than that.  Yes, we got a history and vocabulary lesson, too.  And a little lagniappe.

Lagniappe (“LAN-yap”).  Noun : a small gift given a customer by a merchant at the time of a purchase; broadly: something given or obtained gratuitously or by way of good measure

Usage.  Example 1: “The hotel threw in some free shampoo as a lagniappe.”  Example 2: “The meal was served with a lagniappe of freshly made cornbread.” 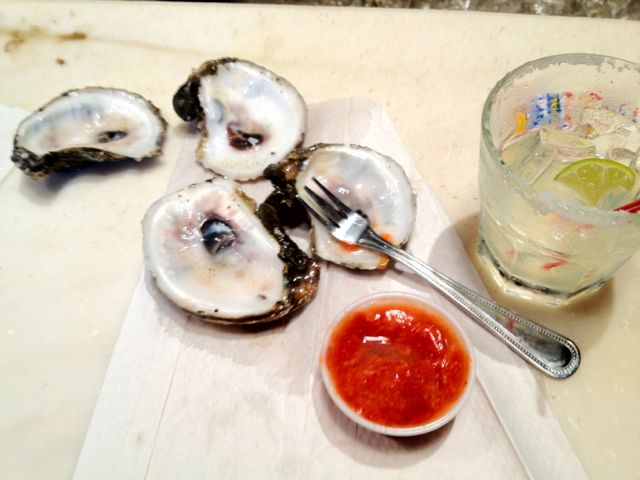 you probably guessed it: my sister (because it was her first visit) got an oyster lagniappe

Because I want my readers to be extremely clever and witty, I thought I’d share this little nugget of cultural history.  Use it today and impress someone!

And if you’re in New Orleans, I highly recommend Pascale’s Manale.  In addition to a fantastic oyster bar, they have great classic drinks (my bloody mary was killer!), barbecued shrimp and lots of other great traditional NOLA dishes.