Last night was Fête de la Musique, a night of music in the streets, on the eve of the summer solstice.  Although other cities celebrate it, it was born in Paris, and I think there’s something extra-special about witnessing it here.  For one thing, it’s a BIG DEAL: the public transport authorities alter the transportation in Paris and out to the suburbs for the night – instead of closing at 1am, for example, the main Métro lines are open all night.

The other thing that is spectacular about Fête de la Musique in Paris is that the entire city takes on a different vibe.  There’s an energy in the streets that doesn’t usually exist.  Unlike New York City, although people are rushing about, the overall vibe is laid-back.  For every person racing to catch a train, there are three people laughing over espresso in a sidewalk café; that’s the beauty of the city, but it’s fun to see it transform for a night, too.

I don’t have a camera that takes great night-time shots, but I thought I’d share some, anyway: 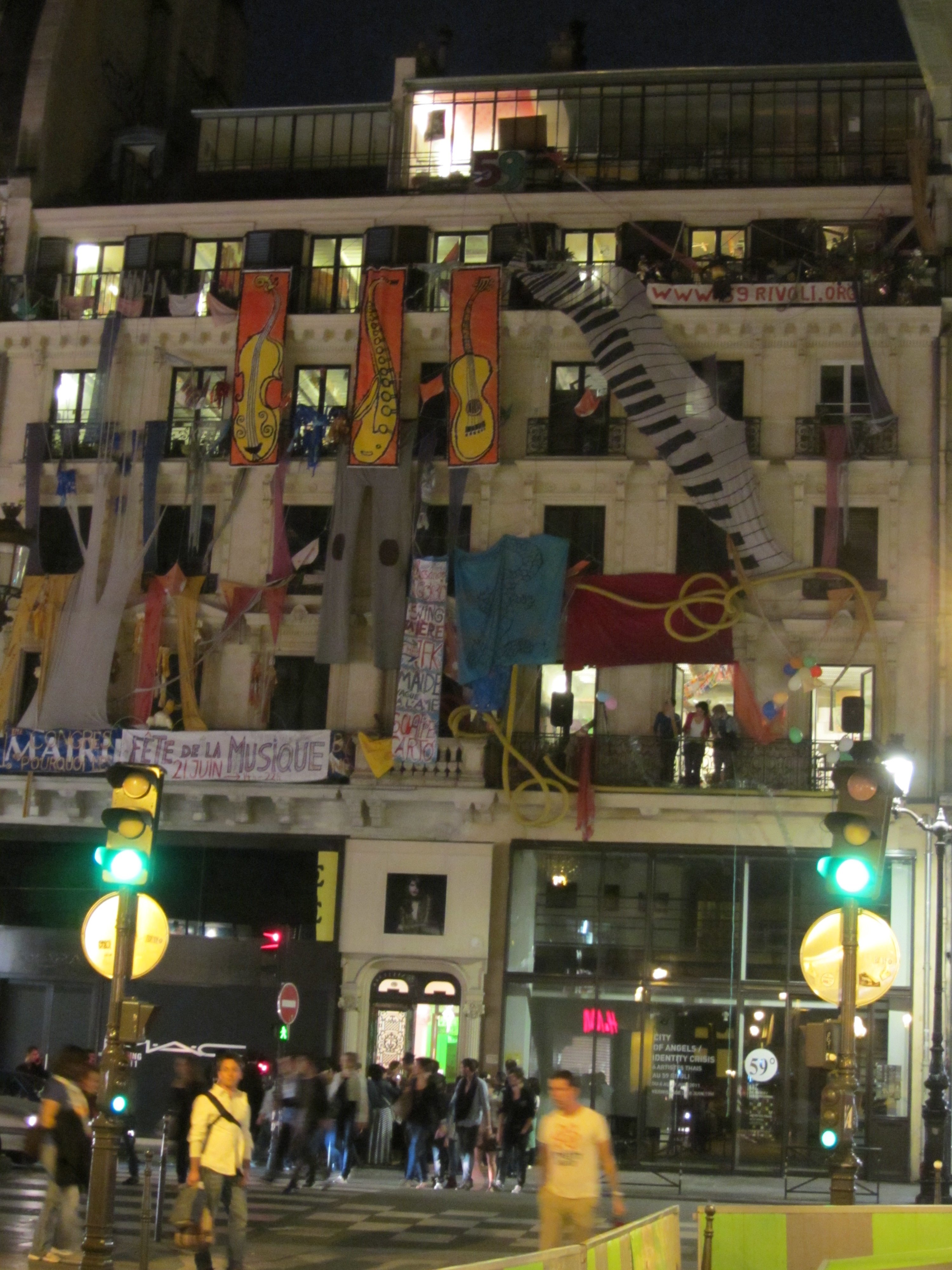 yep, that's a giant keyboard banner on the side of the building! 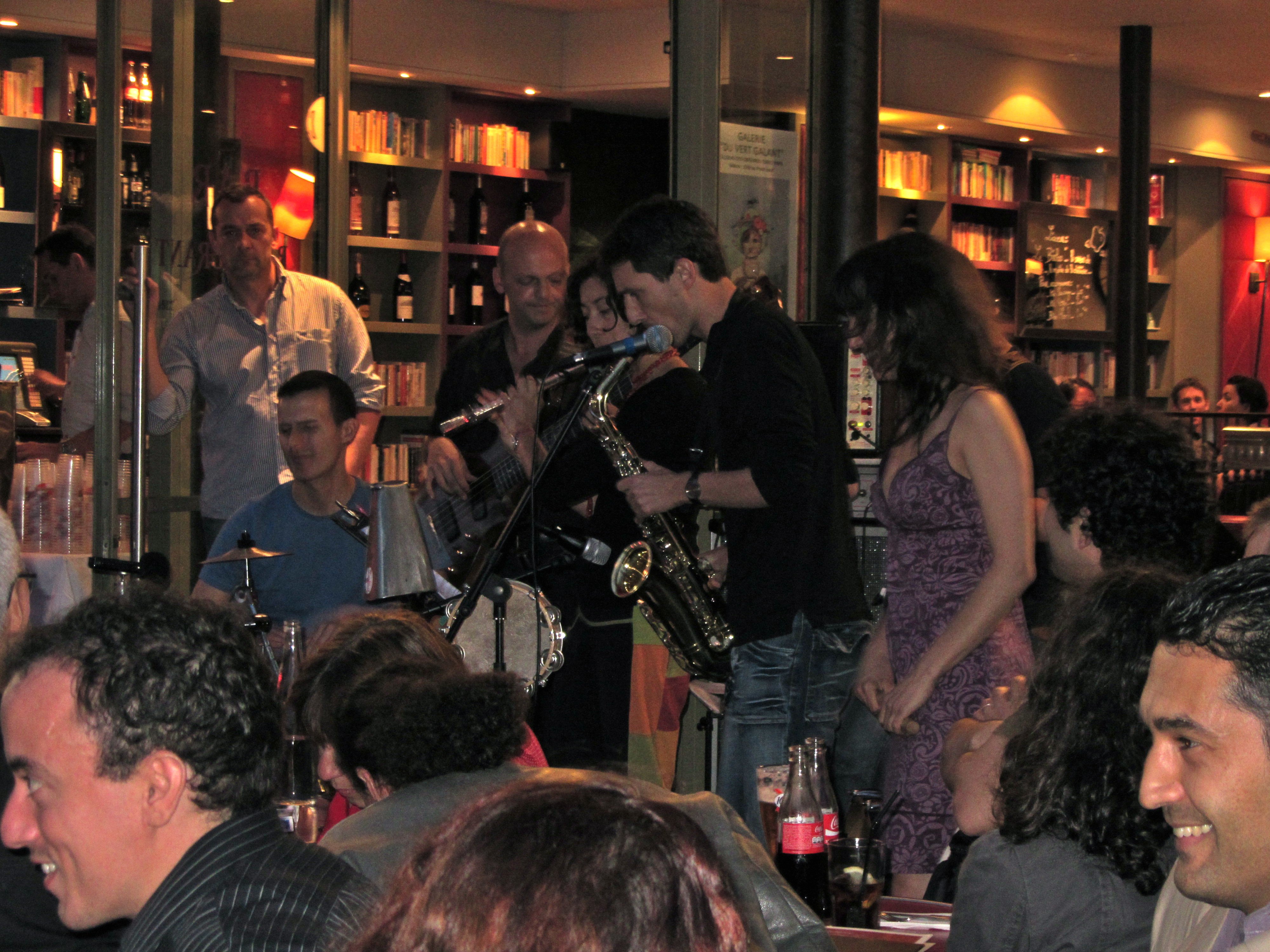 tunes at a café in the Marais 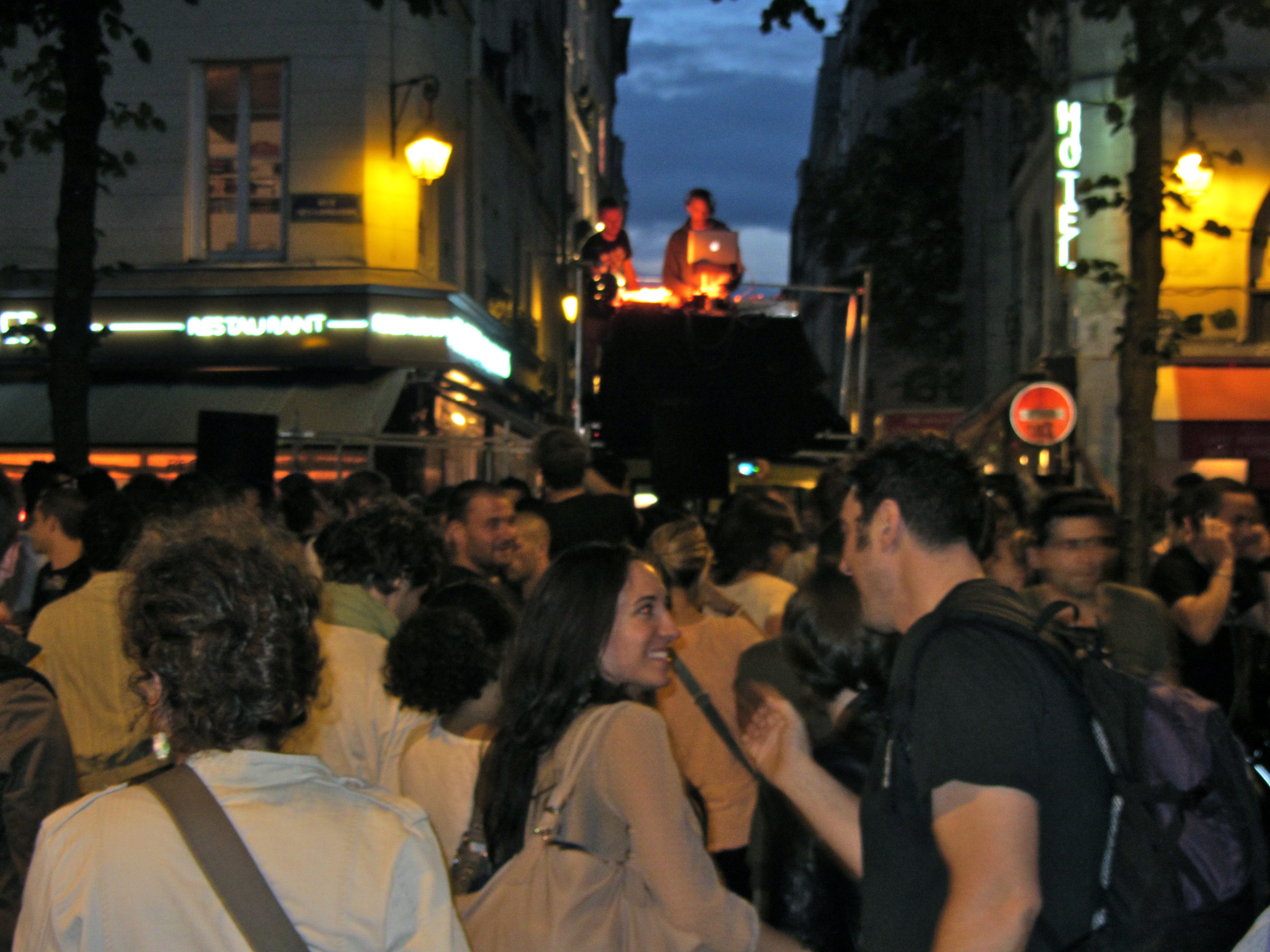 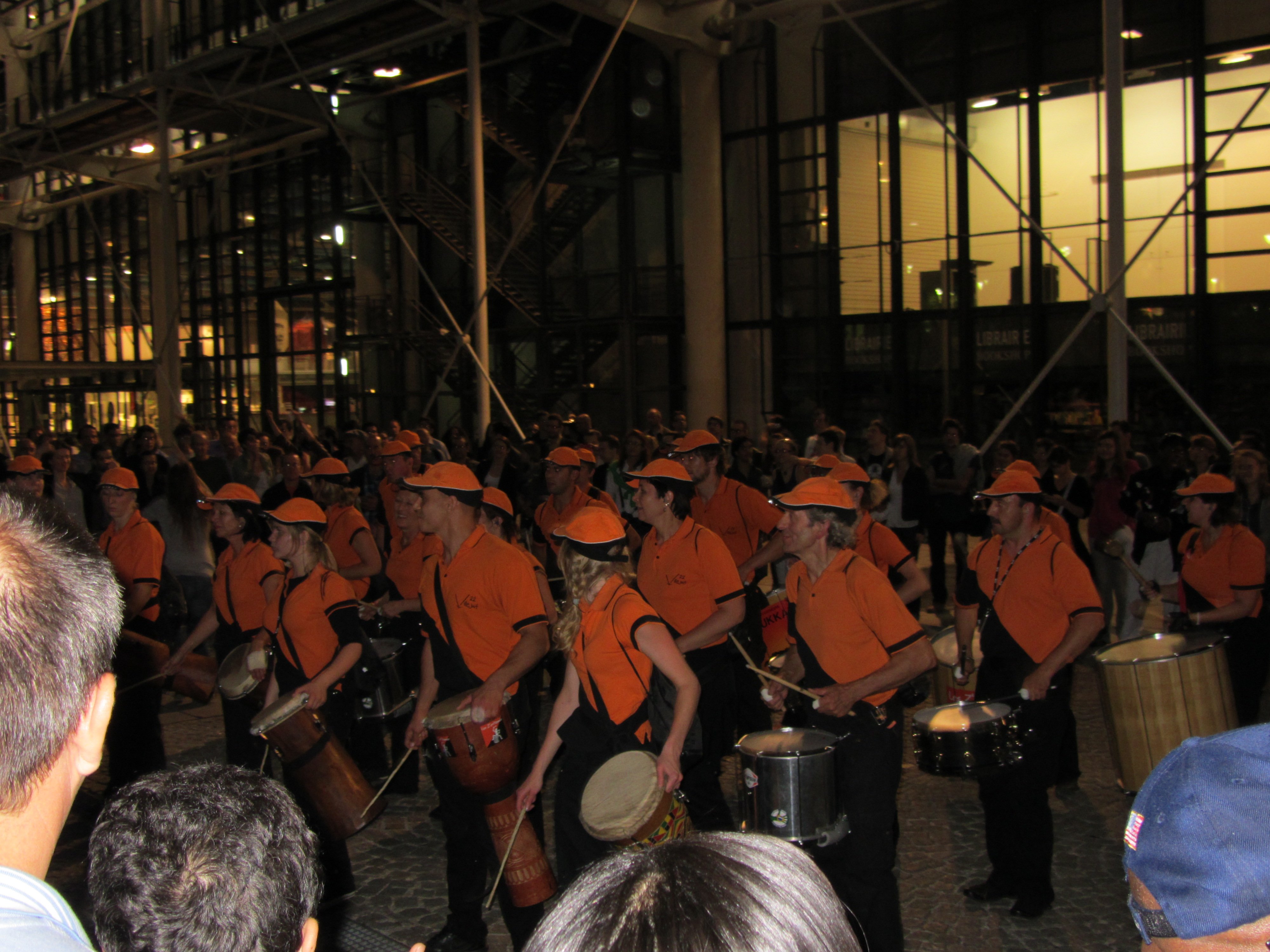 a drummers' brigade in the shadows of the Centre Pompidou 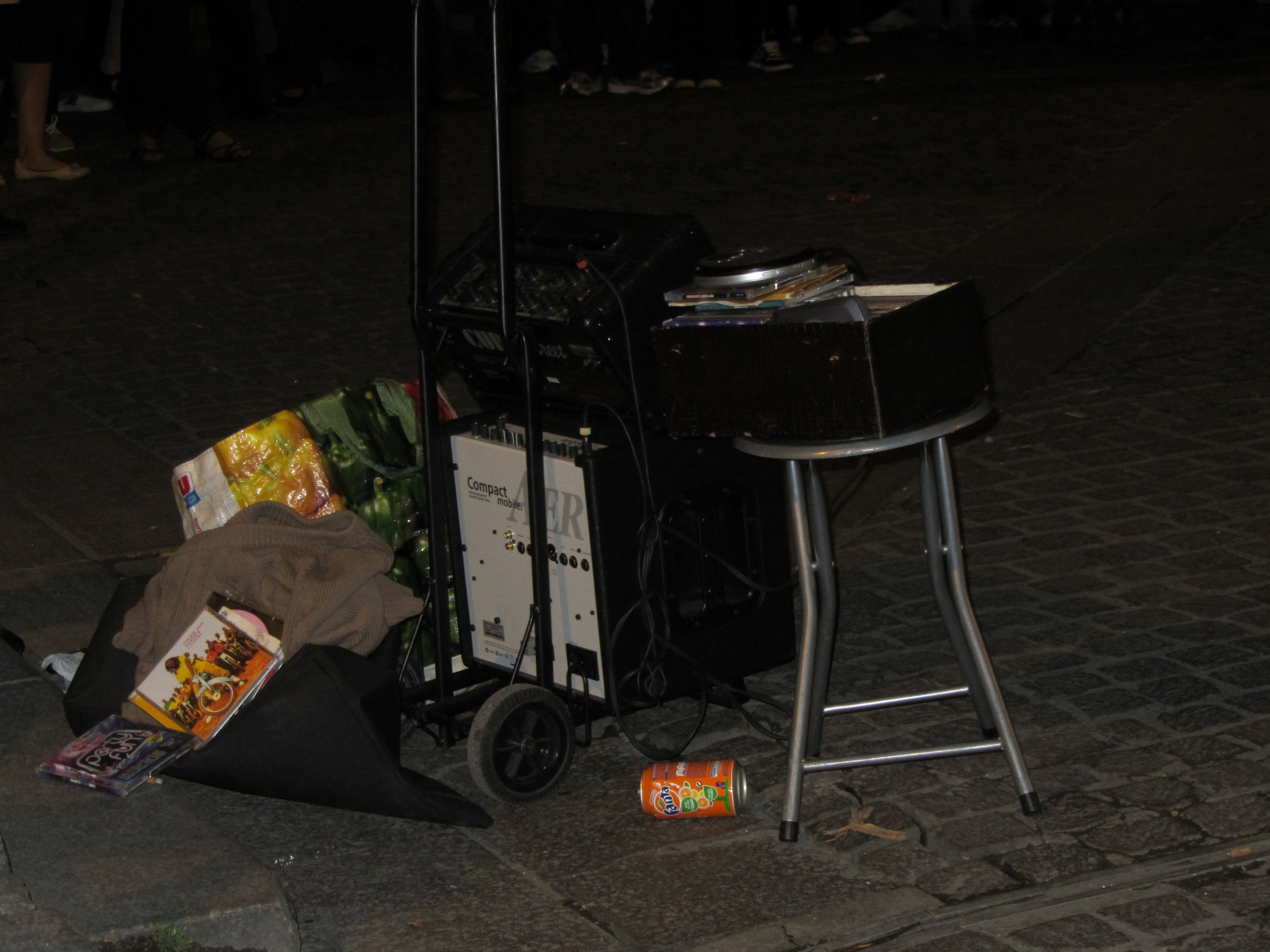 a cd player and speaker are the only instruments for this "down-and-dirty" act..... 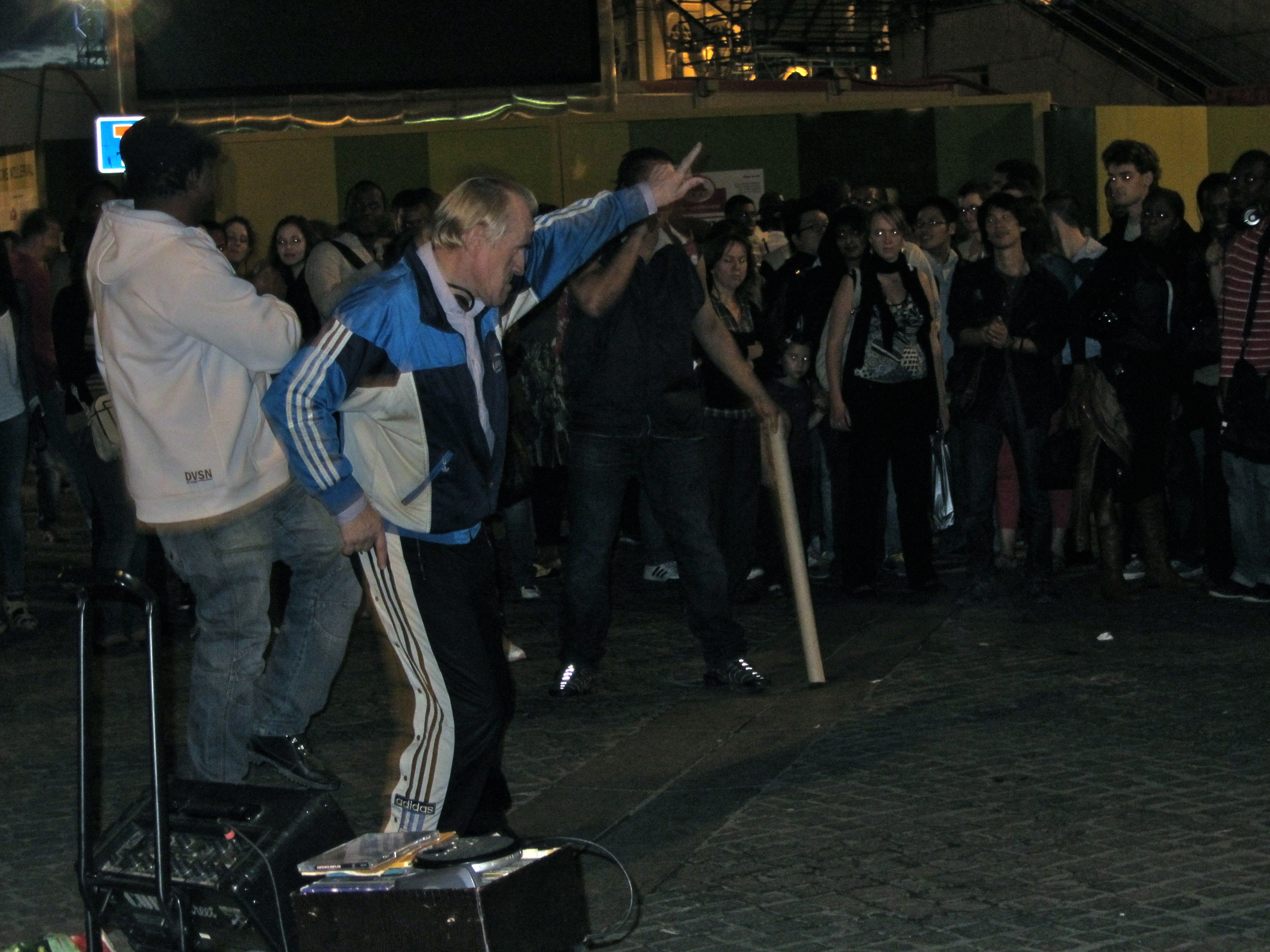 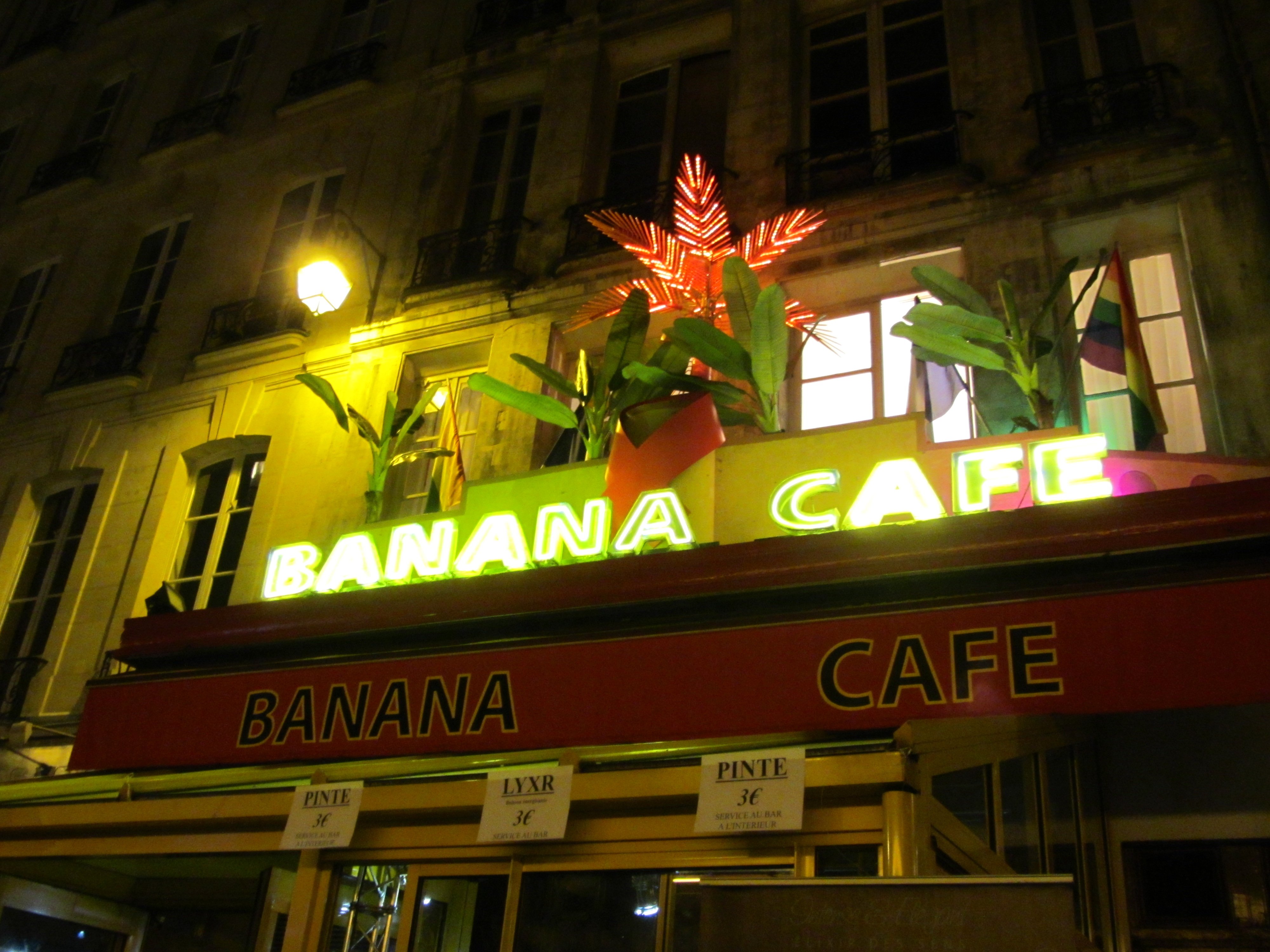 Moving on to the Banana Café.... 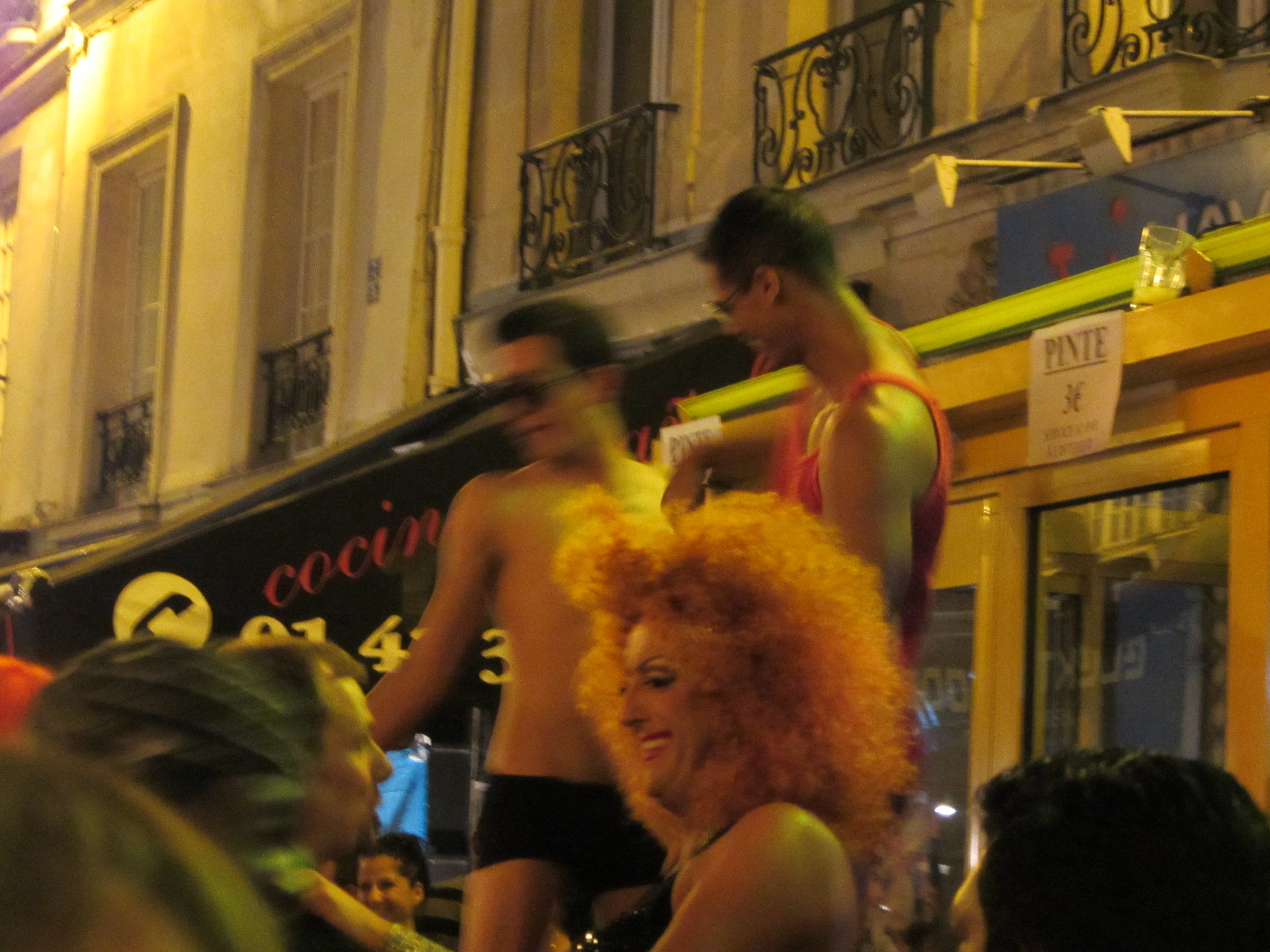 ...and entertainment of a different sort. 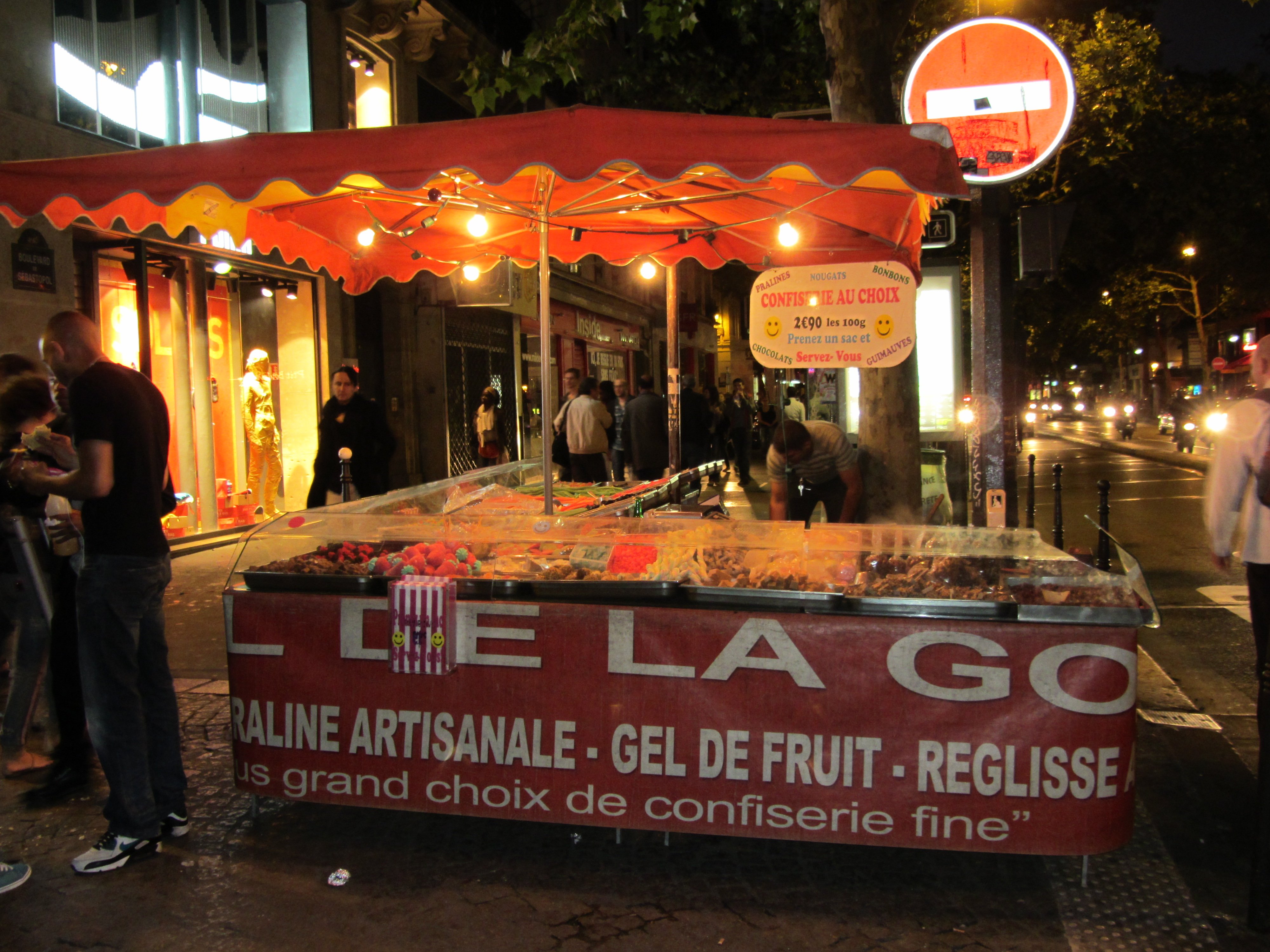 sweets to keep revelers rockin' throughout the night 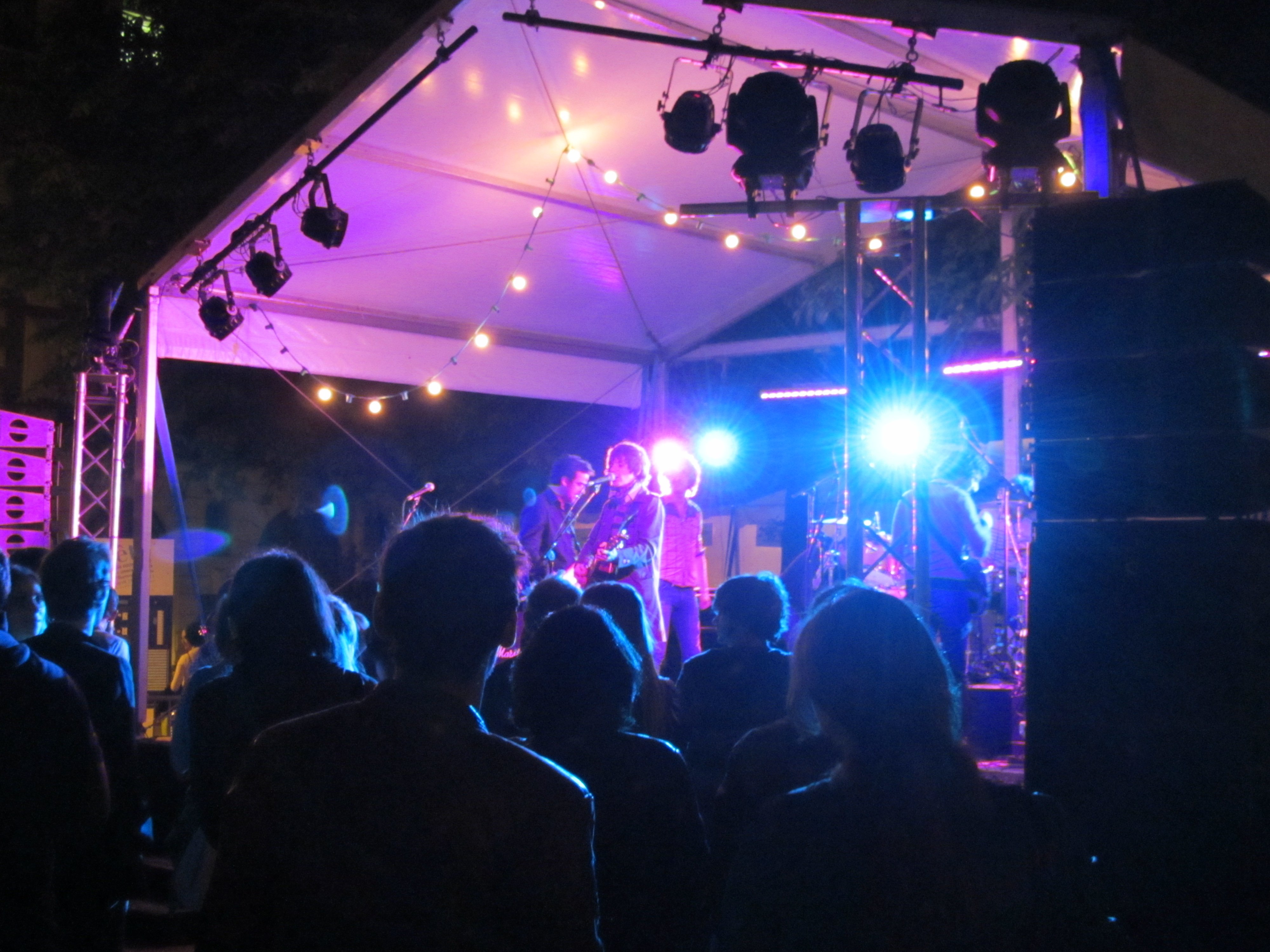 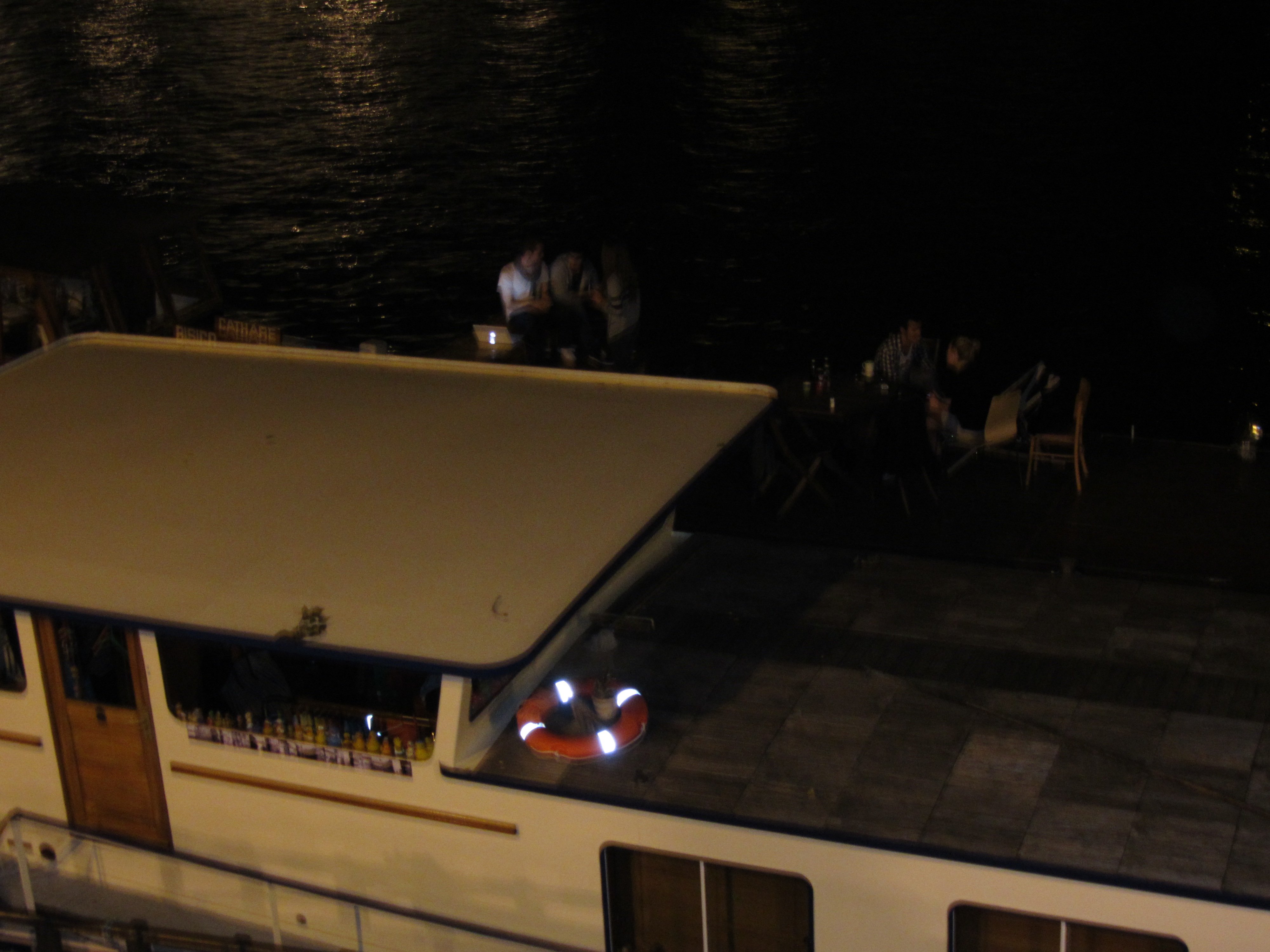 across the river, I spot a private party on a houseboat. i'm feeling slightly jealous. 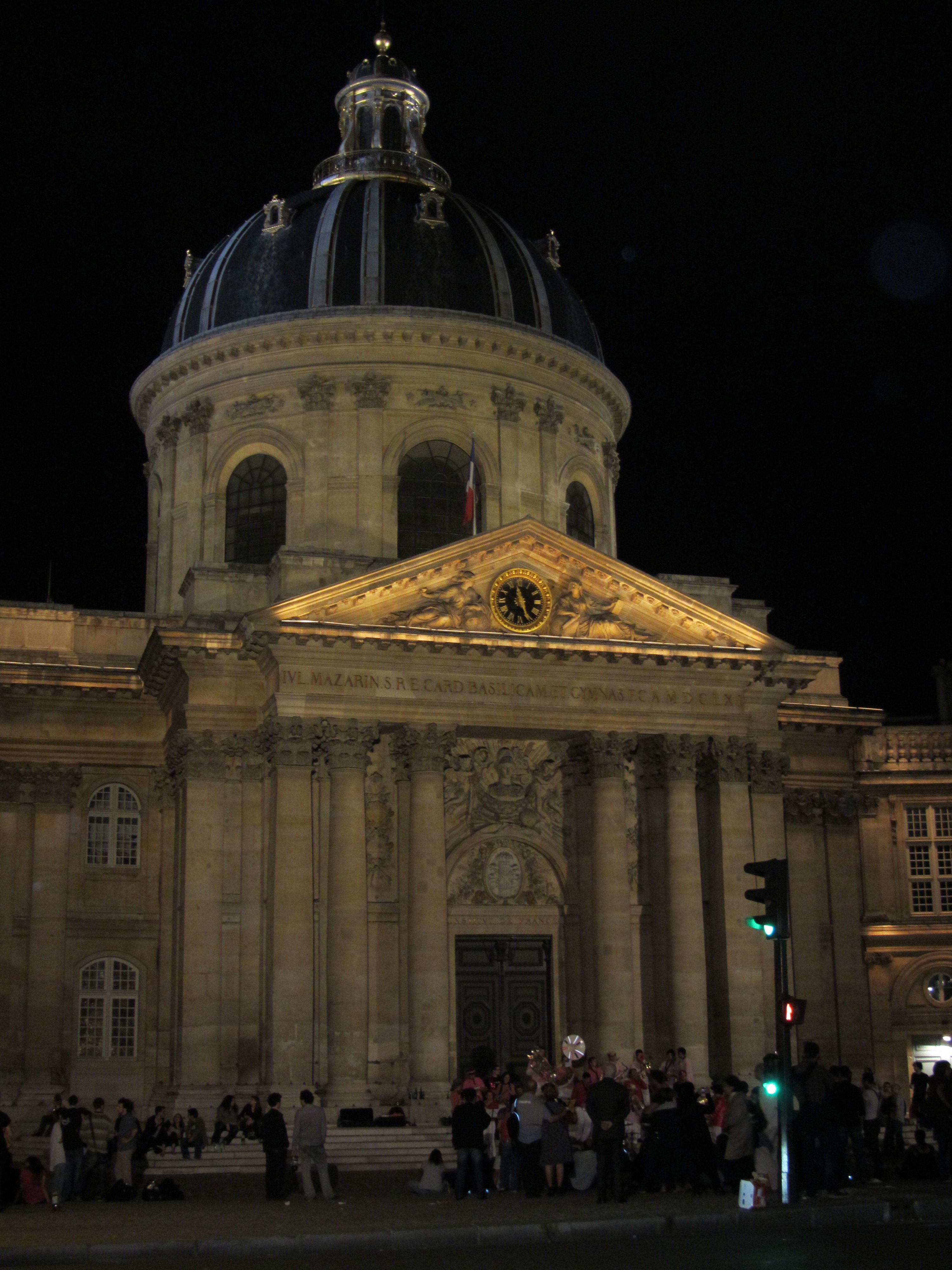 in front of the Institute de France 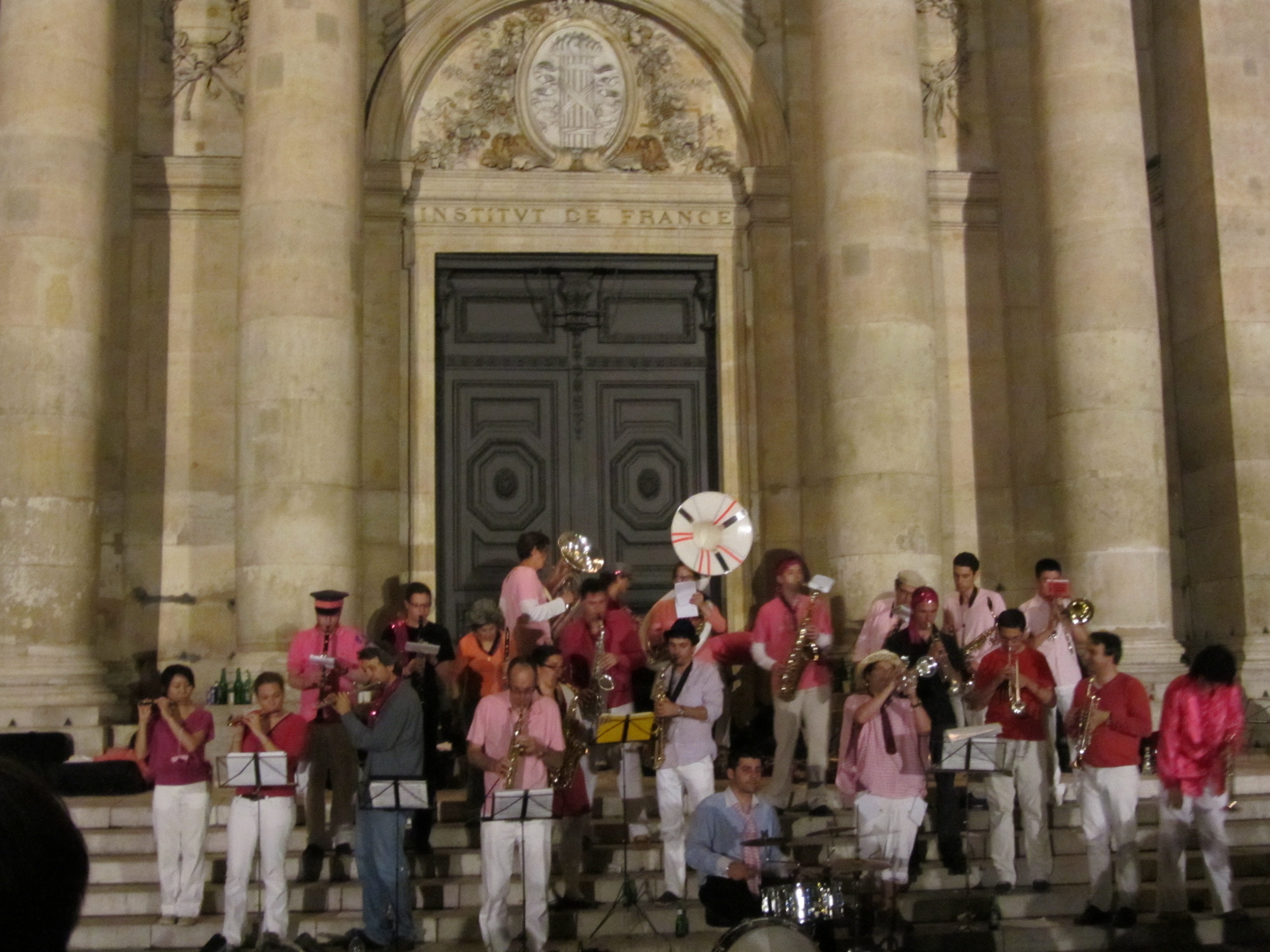 a band plays - decked out in pink 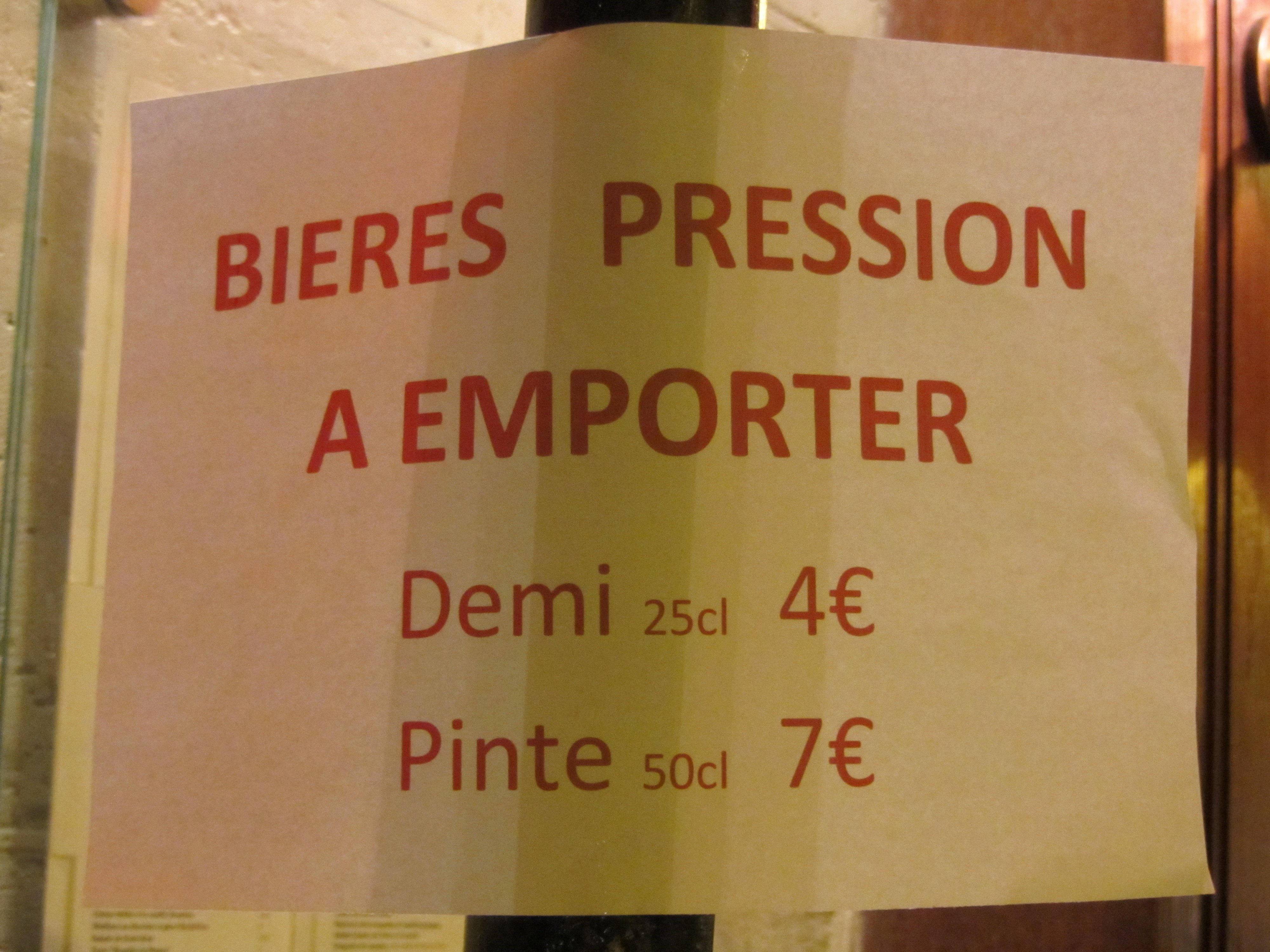 ah, that's why everyone is carrying a cup of beer on the streets- tonight it's sold 'to go' 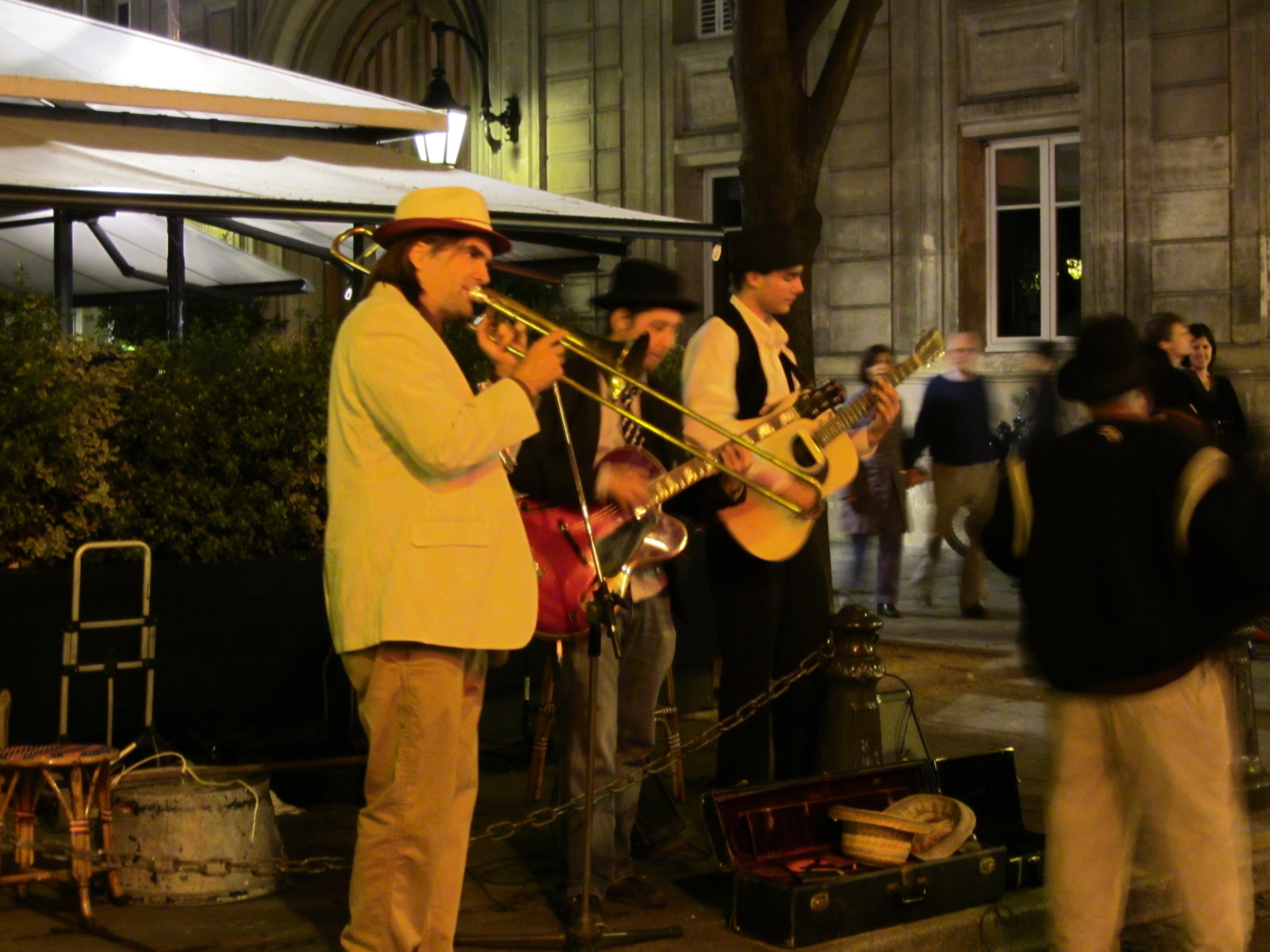 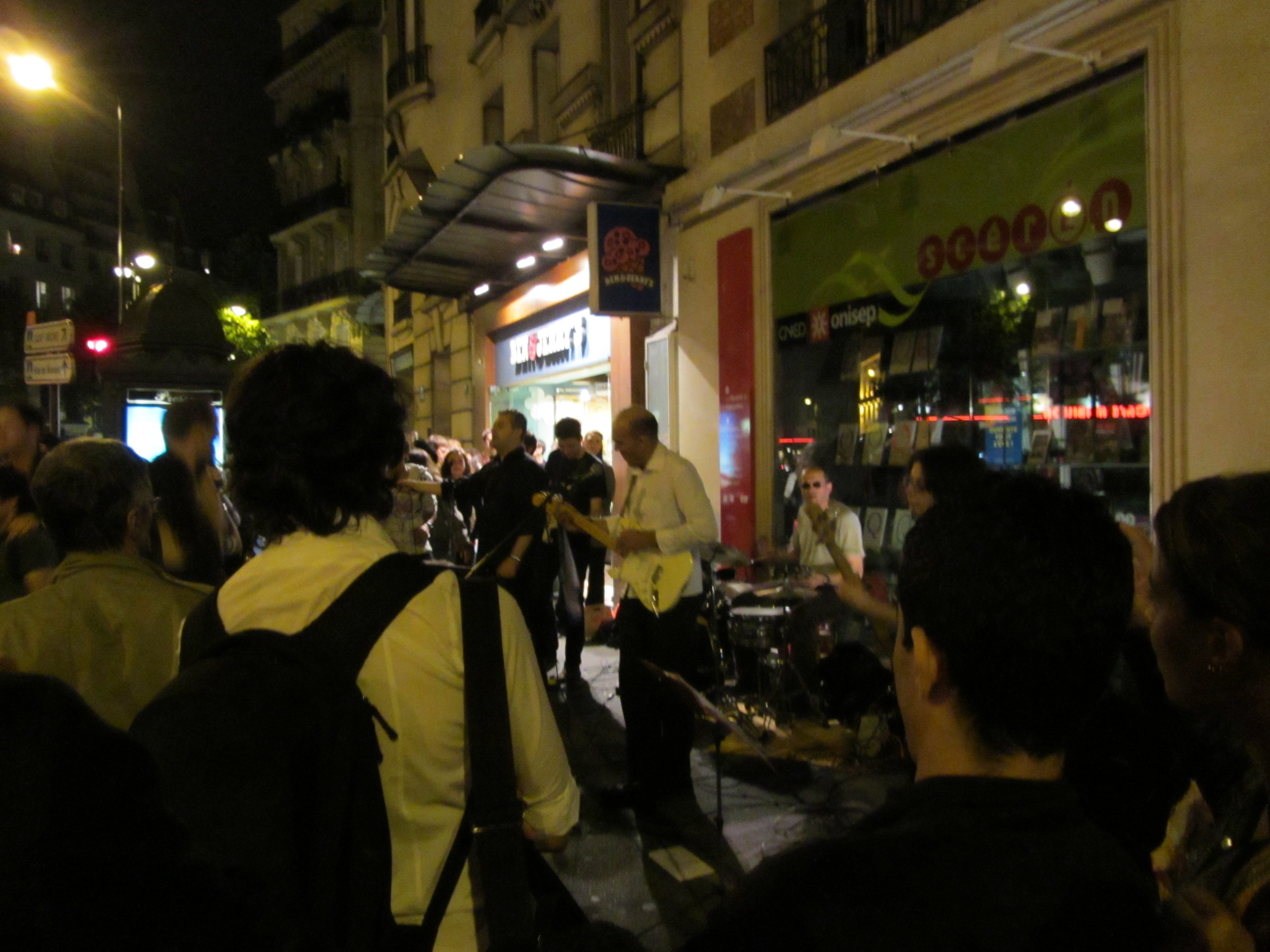 my final 'show' of the night, outside the subway that will take me home