At the end of September, my husband and I took our first-ever trip without our daughter (now over two years old).  We went to Paris, the city where we first met and lived together for more than two years, so it was truly a second honeymoon. 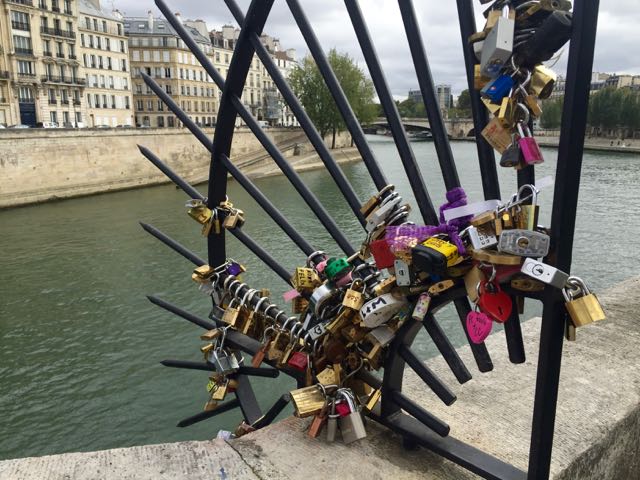 I was nervous leaving home, of course.  I was worried about how our daughter would react to us being gone – and for 9 days straight!  I also wondered how I would react – would I feel guilty for leaving her?  Or sad?  Or relieved?  And how would it feel to be back in Paris, the city that at one time represented all of my dreams?  Would I regret ever having left?  Or would I feel vindicated that we moved away?  Or perhaps more realistically, a combination of the two?

{our lady of Paris} 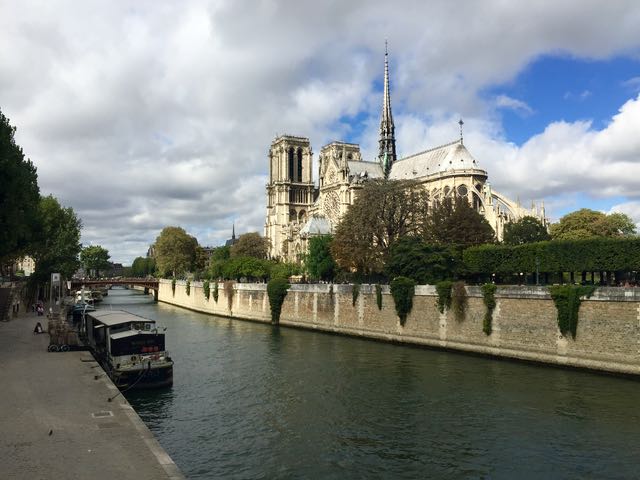 Truth be told, it felt much more normal than I had anticipated being back in Paris.  Almost like we had never left.  Since I work full-time now and our daughter is in daycare all week, it didn’t feel weird not seeing her all day.  Being there, on vacation, felt like living in a bubble. 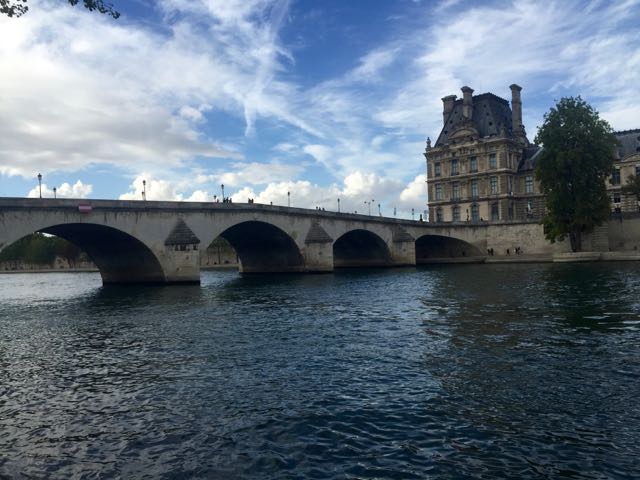 And what an absolutely dreamy bubble it was!  My husband and I remembered how we fell in love in the first place – over antiques!  Ha ha.  Well, maybe there were a few other factors.  But point is, we ate, drank, antiqued and shopped our way through the city, as one should.  And it was glorious.

{the sun shone through} 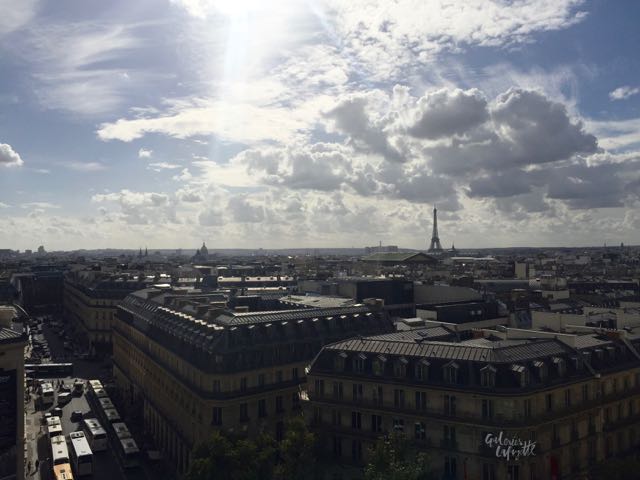 By the end of our week there, though, I started to feel our time there.  Even though we Skyped daily with our daughter, both my husband and I began to miss her painfully.  And there were other things, too, that punctured that placid bubble.  Such as the realization that if we lived in Paris again, we would most certainly not be spending our days and evenings gallivanting around the city, buying (pretty much) what we pleased and enjoying multiple course meals.  We would be eating at home, cleaning dishes, doing laundry and all of the other domestic chores one must do.  Life would be mundane, even if it were lived in Paris.  We decided that we would certainly need a much larger income and thus, we would not be returning to our favorite city for some time. 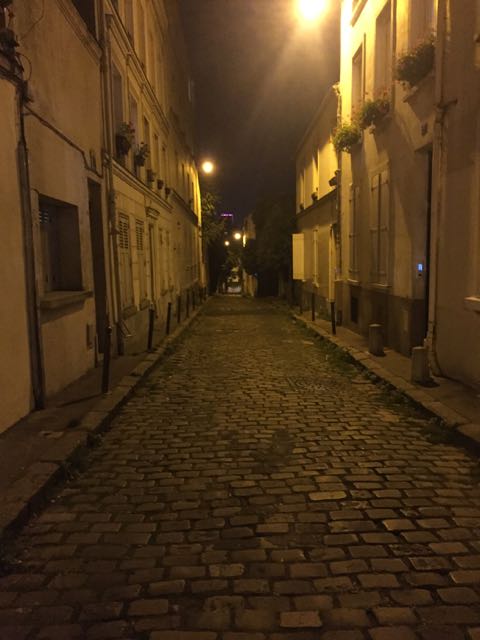 So it was inexplicable what I heard coming out of my mouth on our final evening in Paris.  After having my hair blown out at a neighborhood salon, the stylist asked me (in French) if she would see me again. Rather than saying, no, that I was just in town visiting, I replied “oui, à bientot!” (yes, see you soon!) instead of “au revoir” (goodbye).  And the really weird part is that I felt certain in my heart that I was telling the truth.

Wishing you many happy adventures of your own,