I’ve mentioned “occasional sales” in a couple of blogs now, so here’s the deal with them: they’re AWESOME.  As long as you’re into that kind of thing.  Which I am.  Very much.

I had never even heard of occasional sales until about a year when my mom took me to one in South Minneapolis.  I don’t think these sales exist in other cities I’ve lived in – NYC or Paris.  I think because retail rent there is too high.  (Pop-up shops are a different phenomenon.)

Now occasional sales seem to be popping up everywhere in the Twin Cities.  Maybe elsewhere, too?   But what are they?  They’re called occasional sales because the shops are only open occasionally – usually just one weekend every month.  (Thus rent must be very low.)  Most shops are open from Thursday-Saturday from 10am-5 or 6pm.  Some open on Wed or are open on Sunday, too.  It’s totally at the discretion of the owner(s).

But the fabulous things about these sales, well, there are several of them, but one is that the prices are, in general, fantastic.  Why?  Because pretty much everything is used.  Occasional sales are very well-edited flea markets housed in a storefront or a house that has been converted into a storefront.  If you like brand-new, ultra-modern designs, these will not appeal to you at all.  Part of the fun is rummaging through old stuff to find “treasures”, usually for the home.  And if you have been reading my blog since I was living in Paris, you know I love rummaging!

Another interesting thing about occasional sales is that their retail structure lends themselves to a certain amount of drama.  Because everything is old/used/sometimes repurposed, most items are one-of-a-kind (or put it this way, one would be hard-pressed to find another item exactly like it without spending a lot of time looking).  And because there are many pieces of furniture, finding a similar piece on Ebay and paying to have it shipped becomes unappealing.  All of this means that people are lined up outside the doors of these sales before opening, hoping to be the first one to nab an amazing deal.

And on a personal note, as a lover of retail, I’m excited that this new (or newly popular) type of shop has proved so popular.

So without further ado, here’s a look at my adventures from last week’s shopping, including the purchases I made at the bottom.  (The photography is not always amazing – apologies for that!) 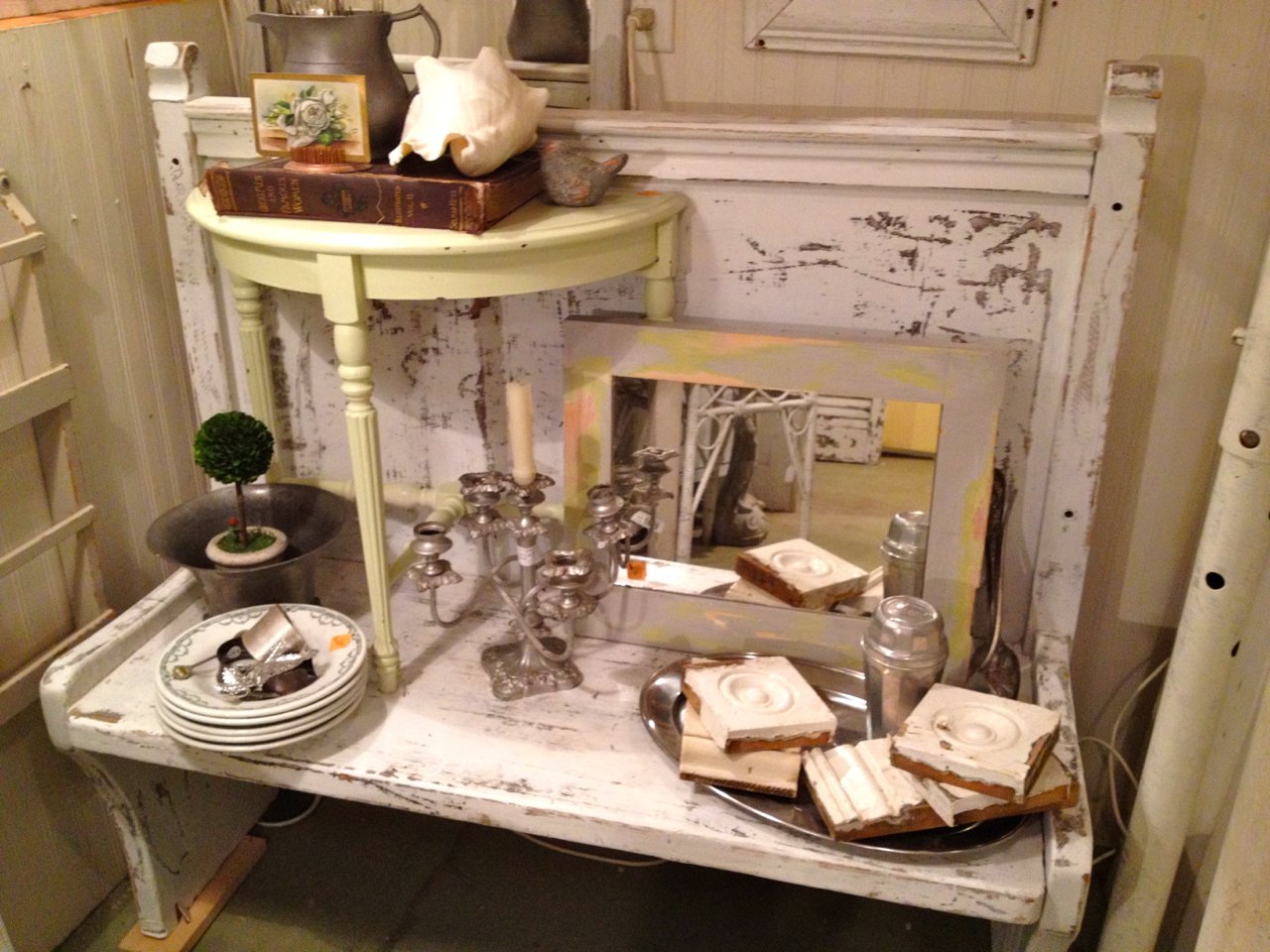 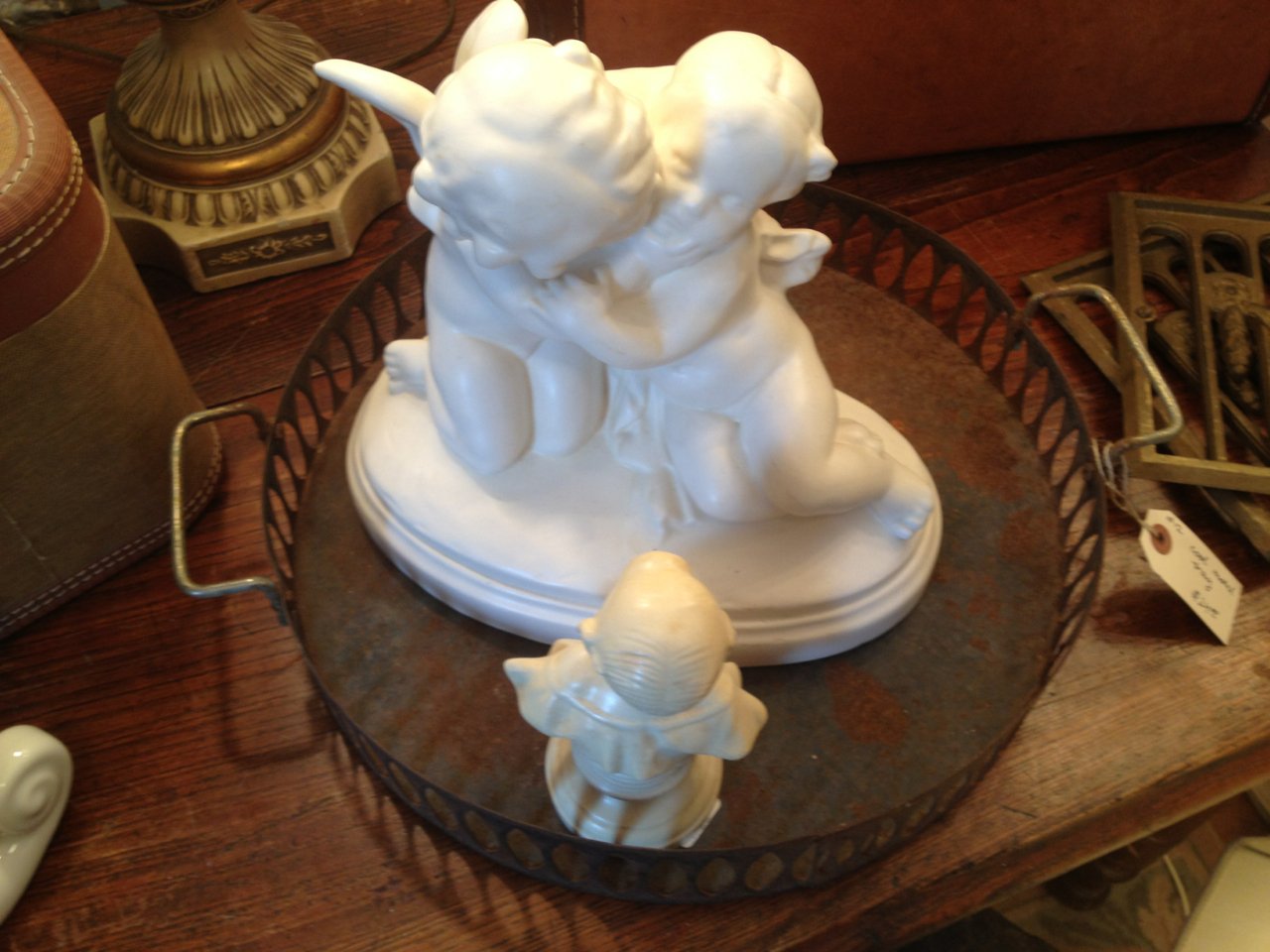 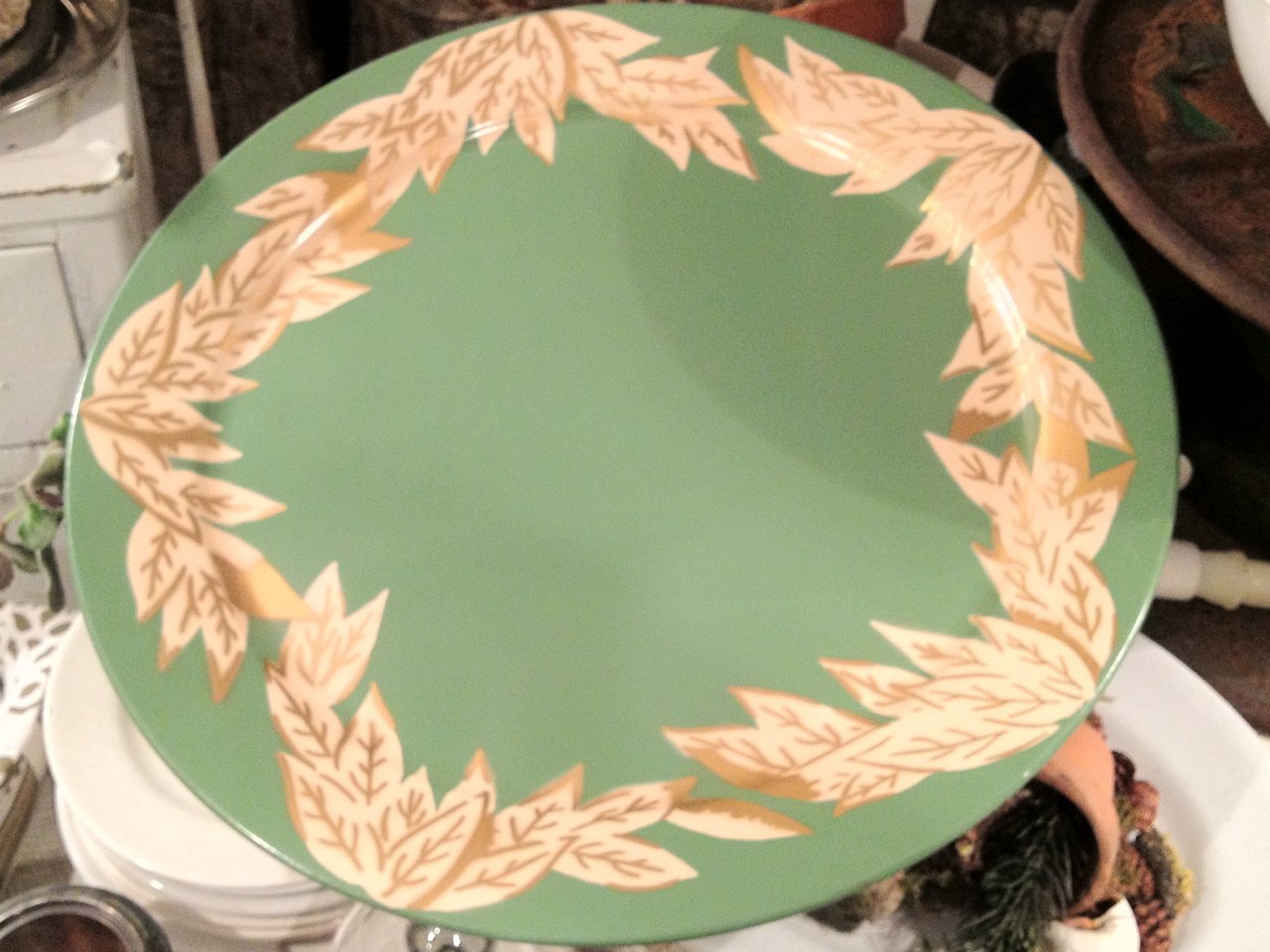 almost bought this vintage tray, too.  only $13!  but do I really need yet another tray?! 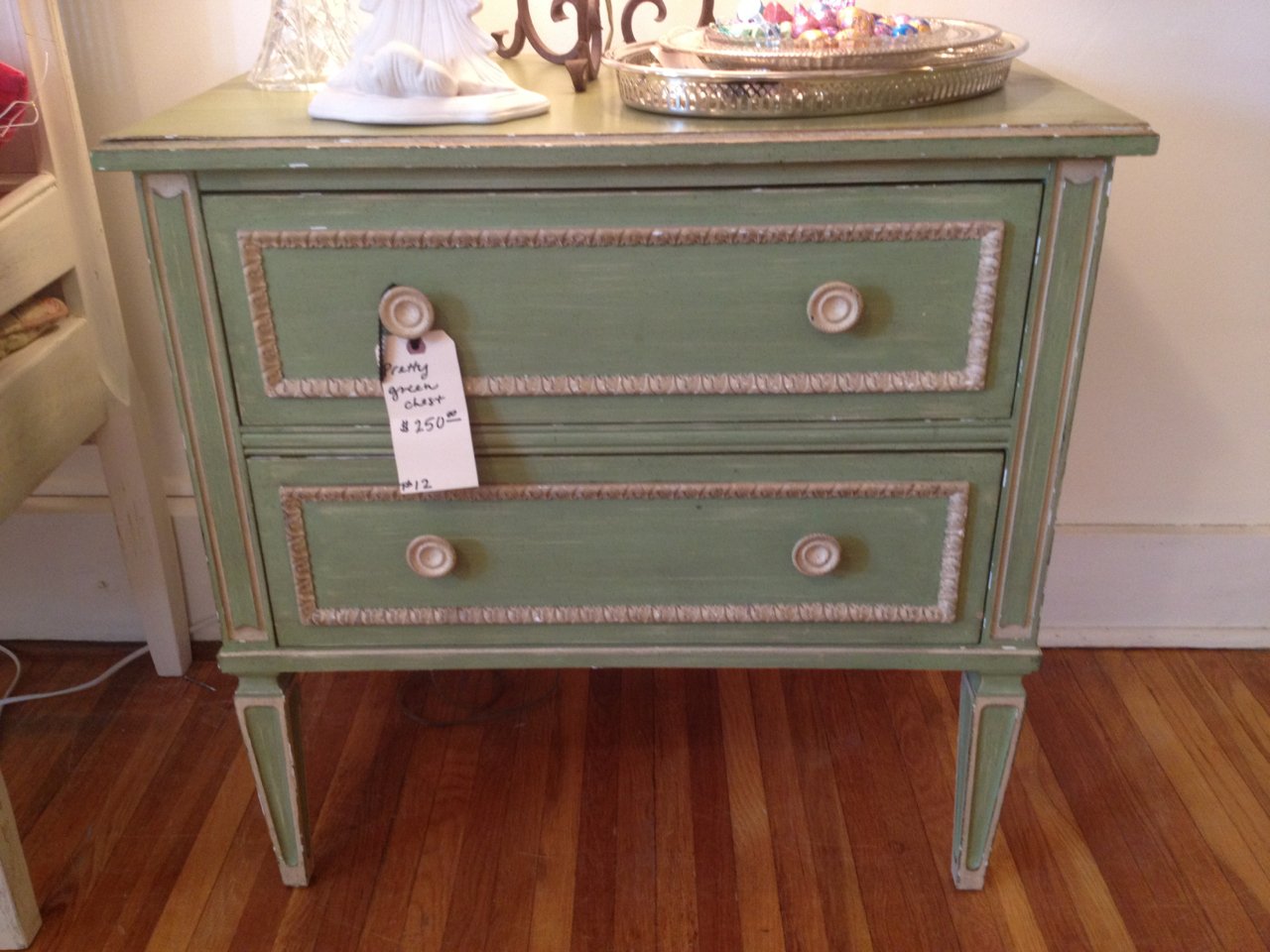 I loved this adorable sage green dresser, but as I have only my office to furnish, I had to pass on it 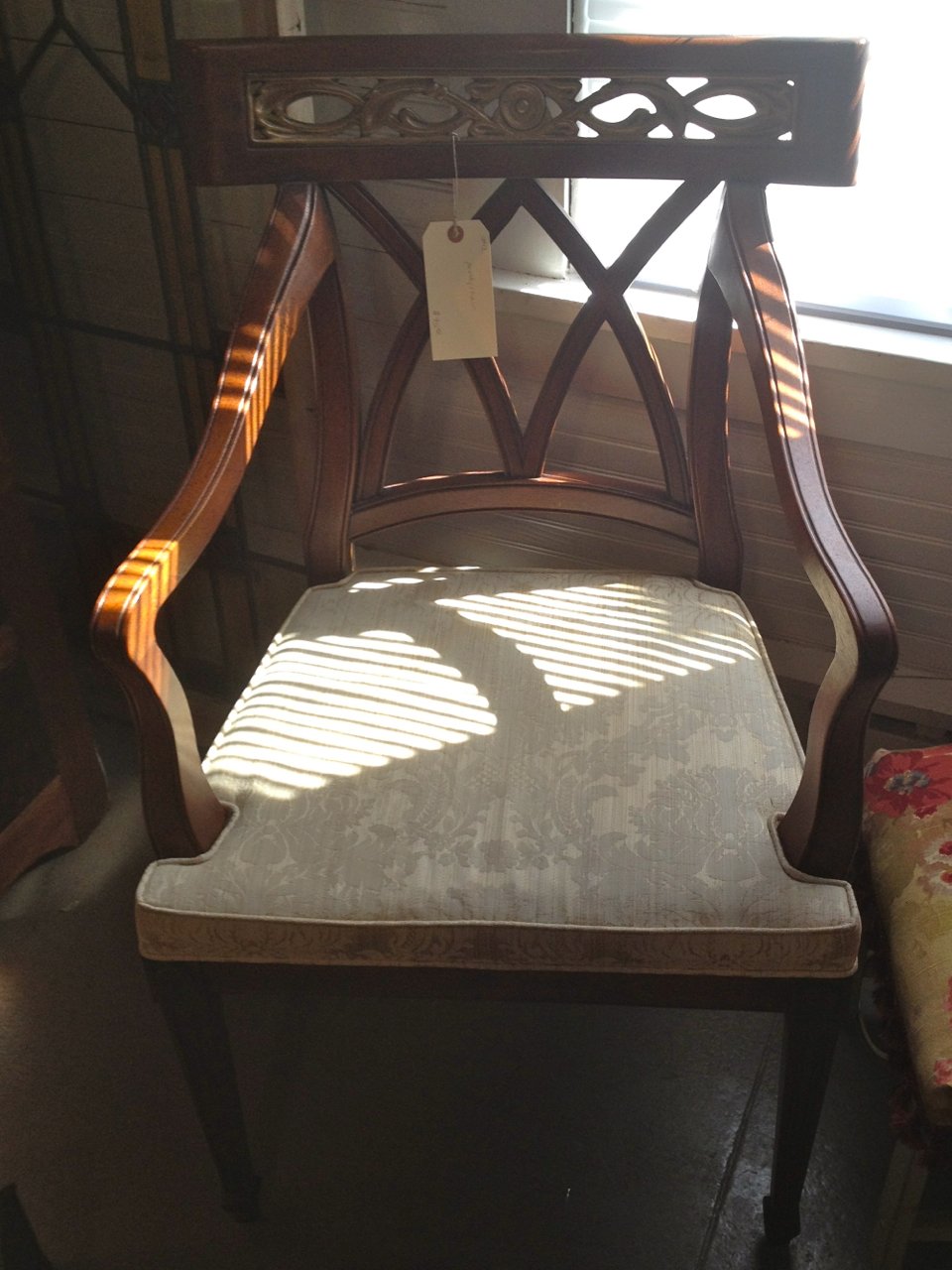 Exquisite vintage (antique?) chair for $90.  If I bought it, I’d probably recover it. 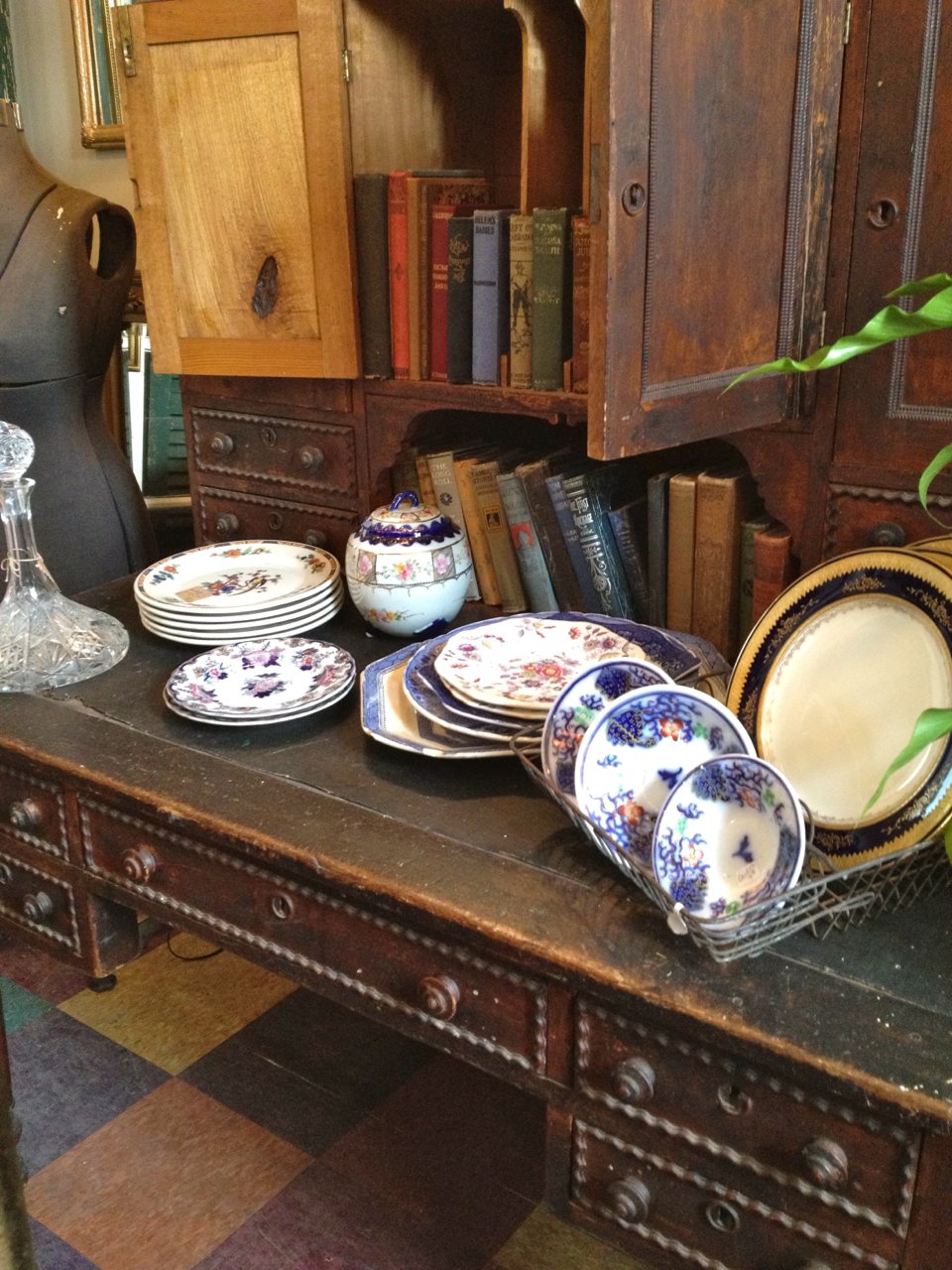 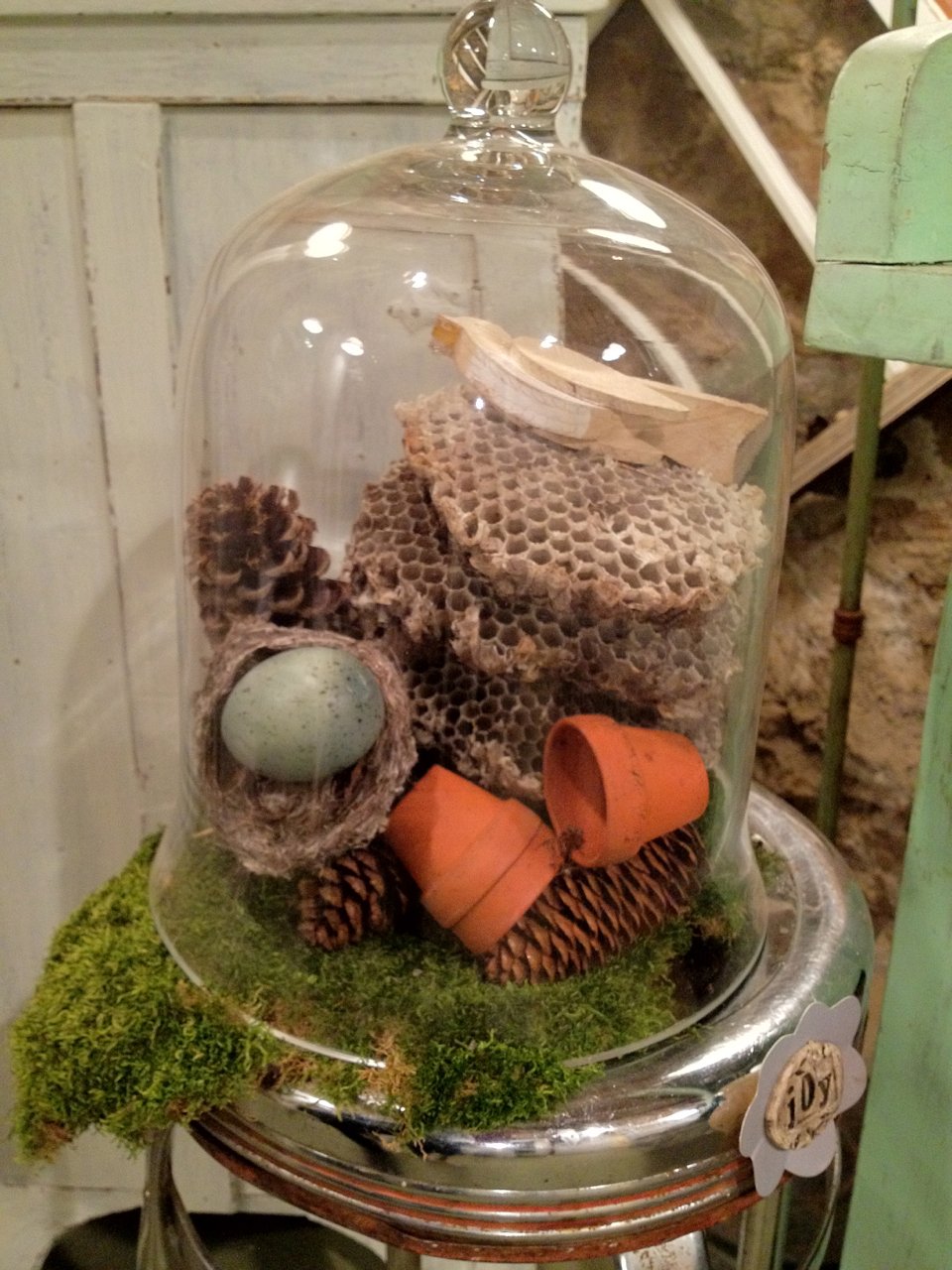 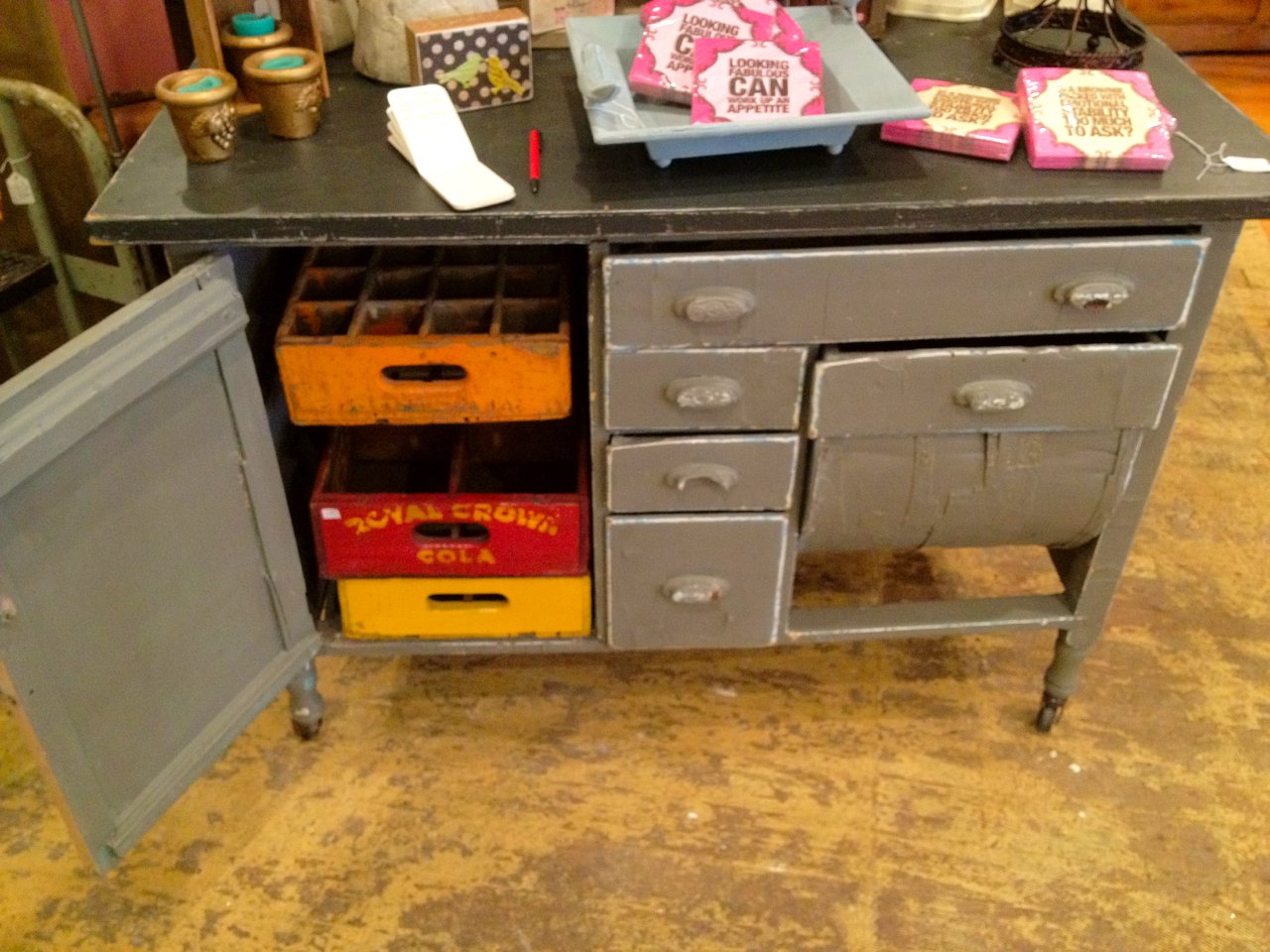 At $125, I’m still considering buying this vintage worktable.  I’ll have to see if it’s still there next month… 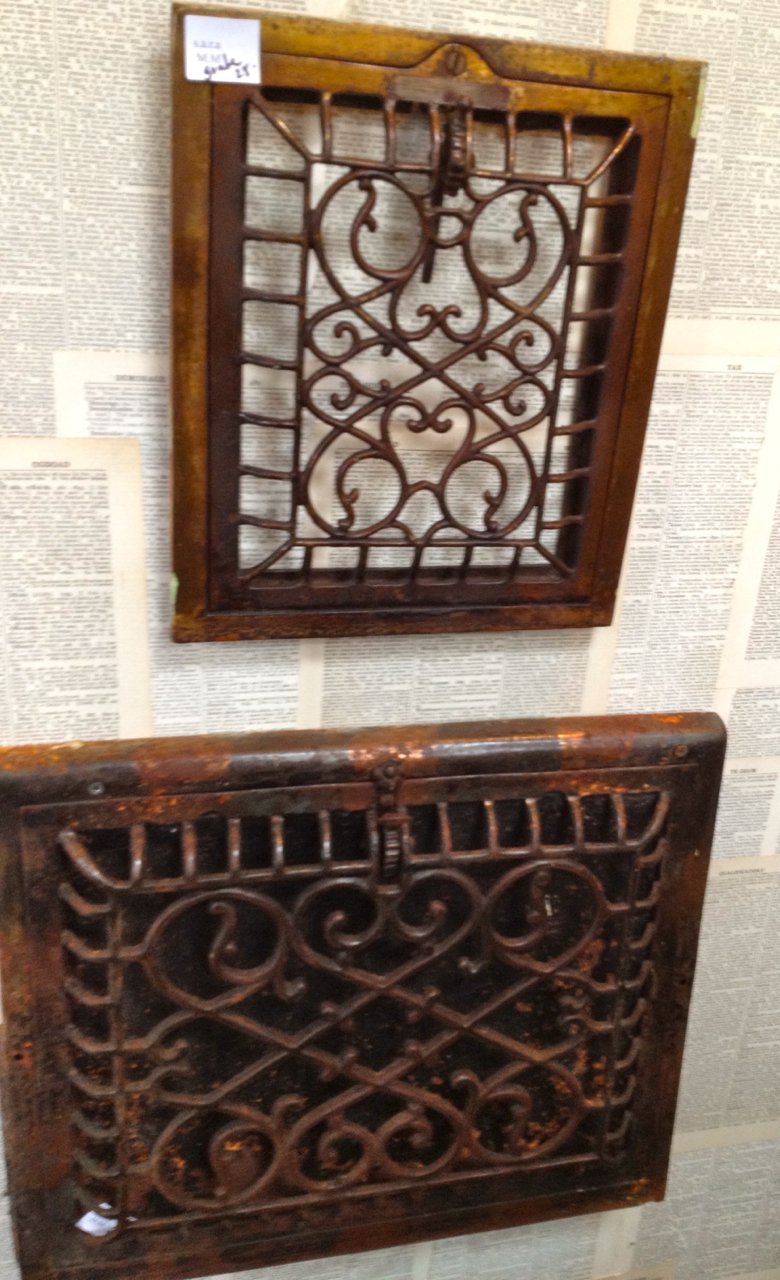 vintage grates/vents would look gorgeous hung artistically on a wall 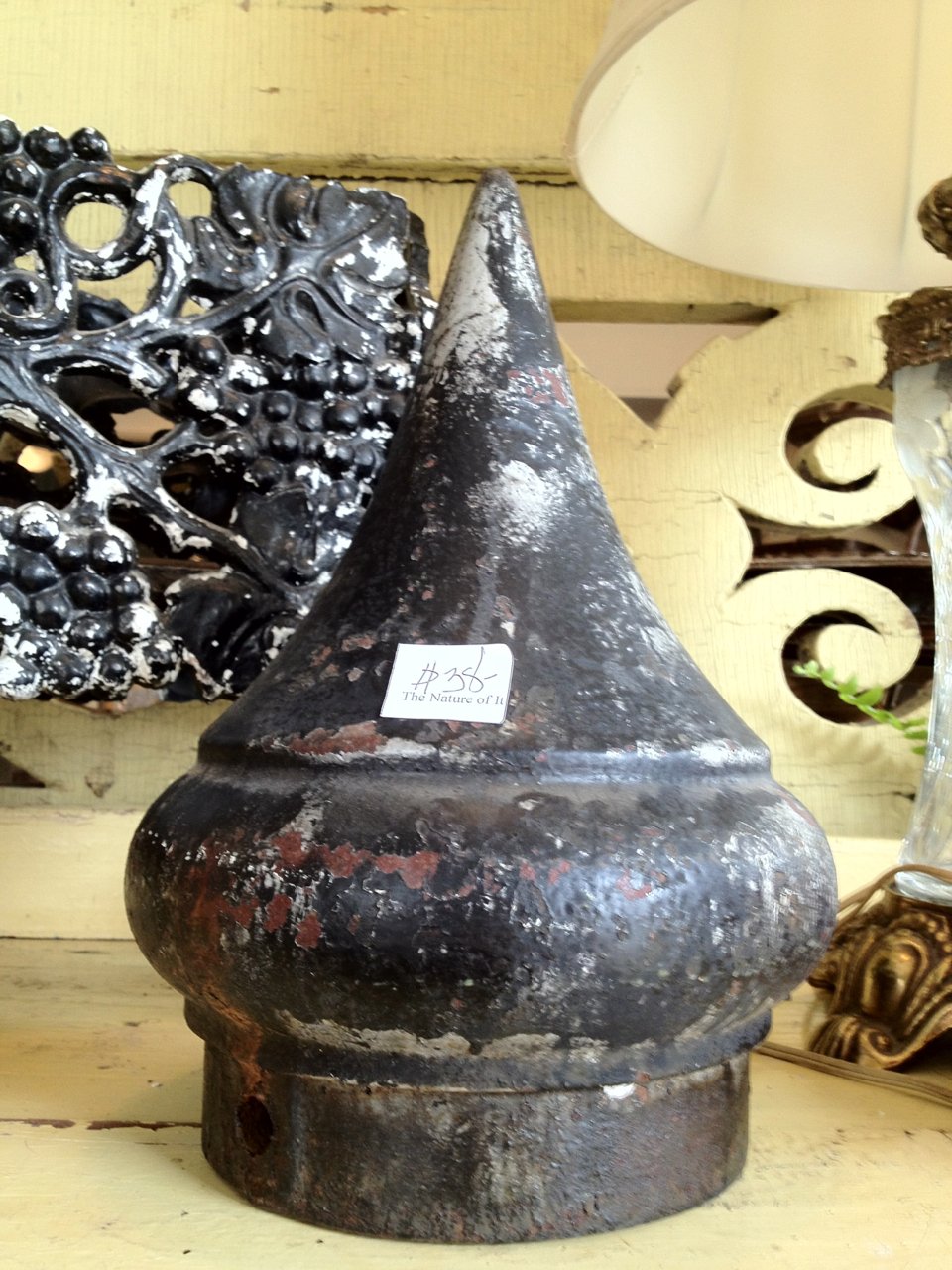 this thing was so funky and would be cute in my office.  but at a whopping $38, I passed it up. 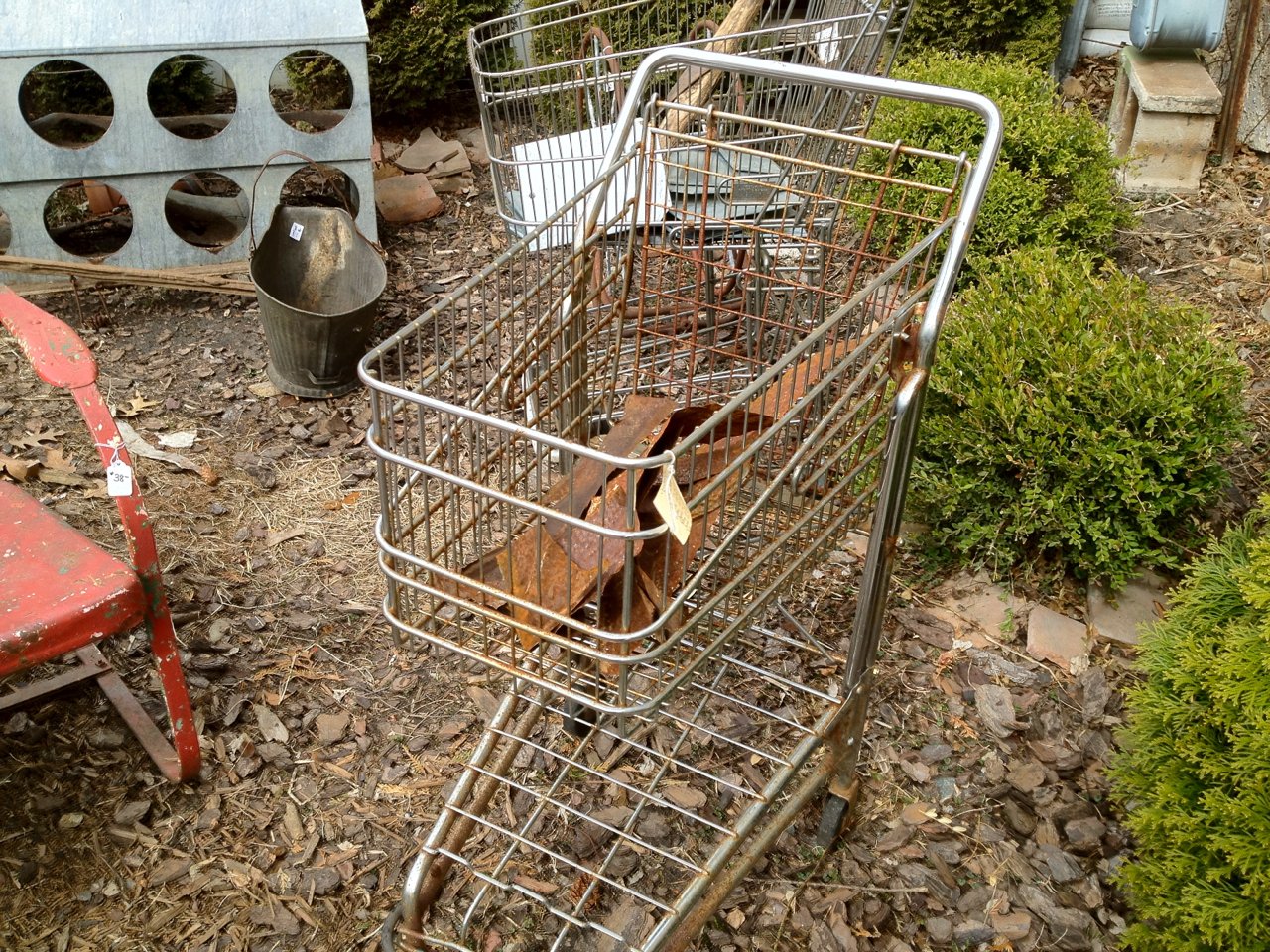 strange and random stuff in the backyard space. 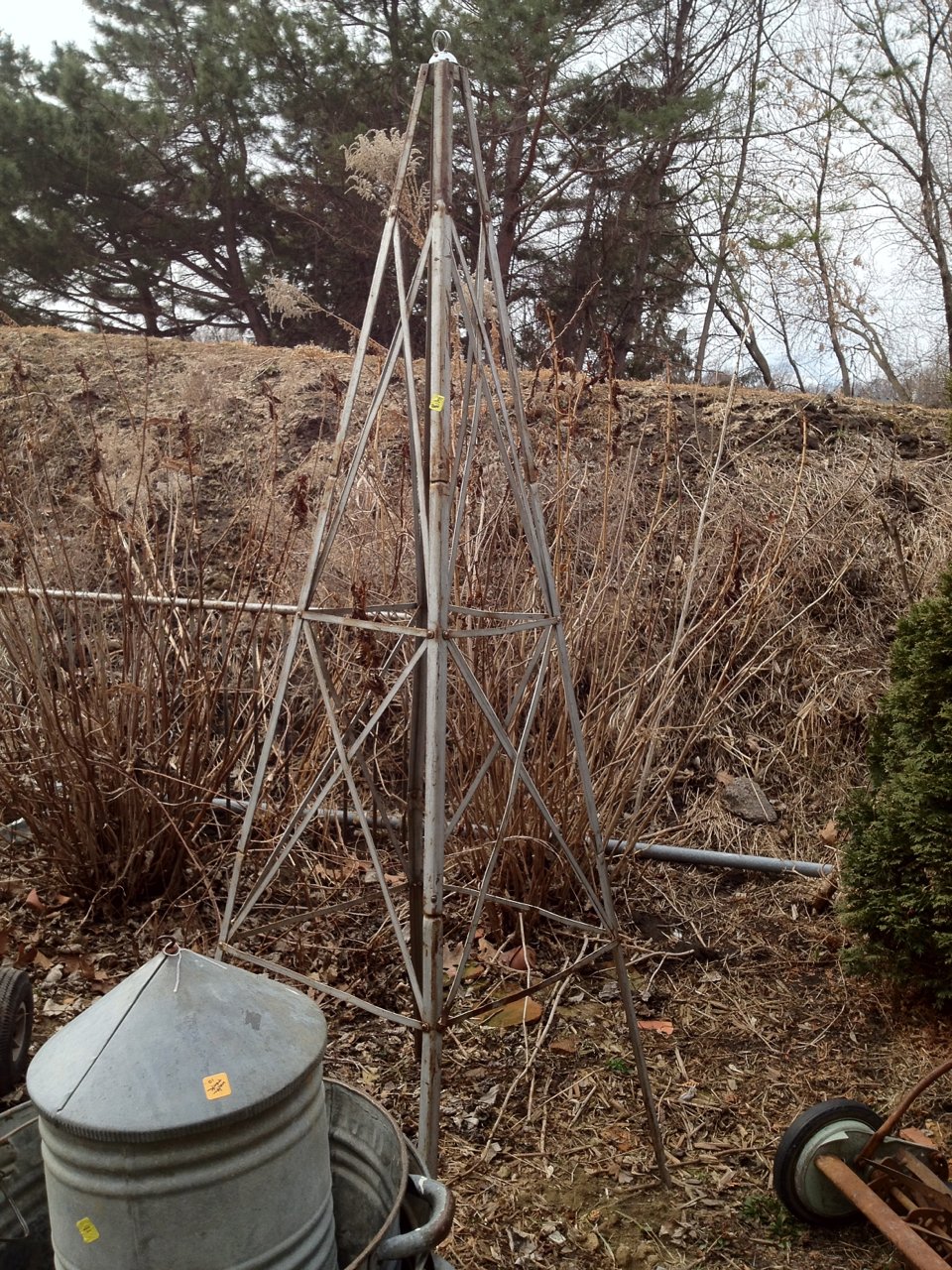 a metal tower?  a garden trellis?  you decide.

And my take-aways (literally!): 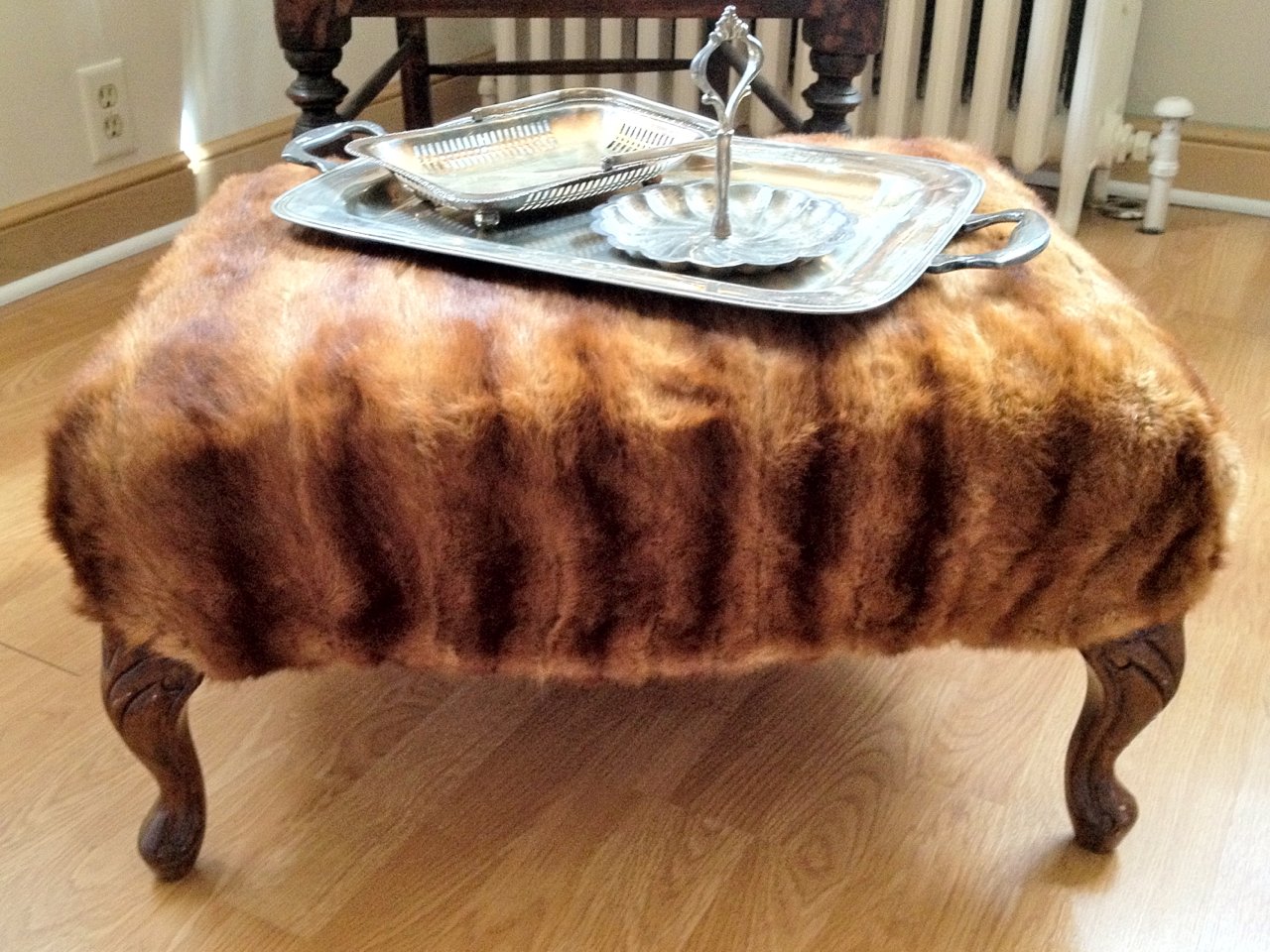 I got this mink-covered ottoman (a repurposed coat) for $69! I’m going to put some nail head tacks into it to dress it up a bit.  (Tarnished silver is my mom’s.) 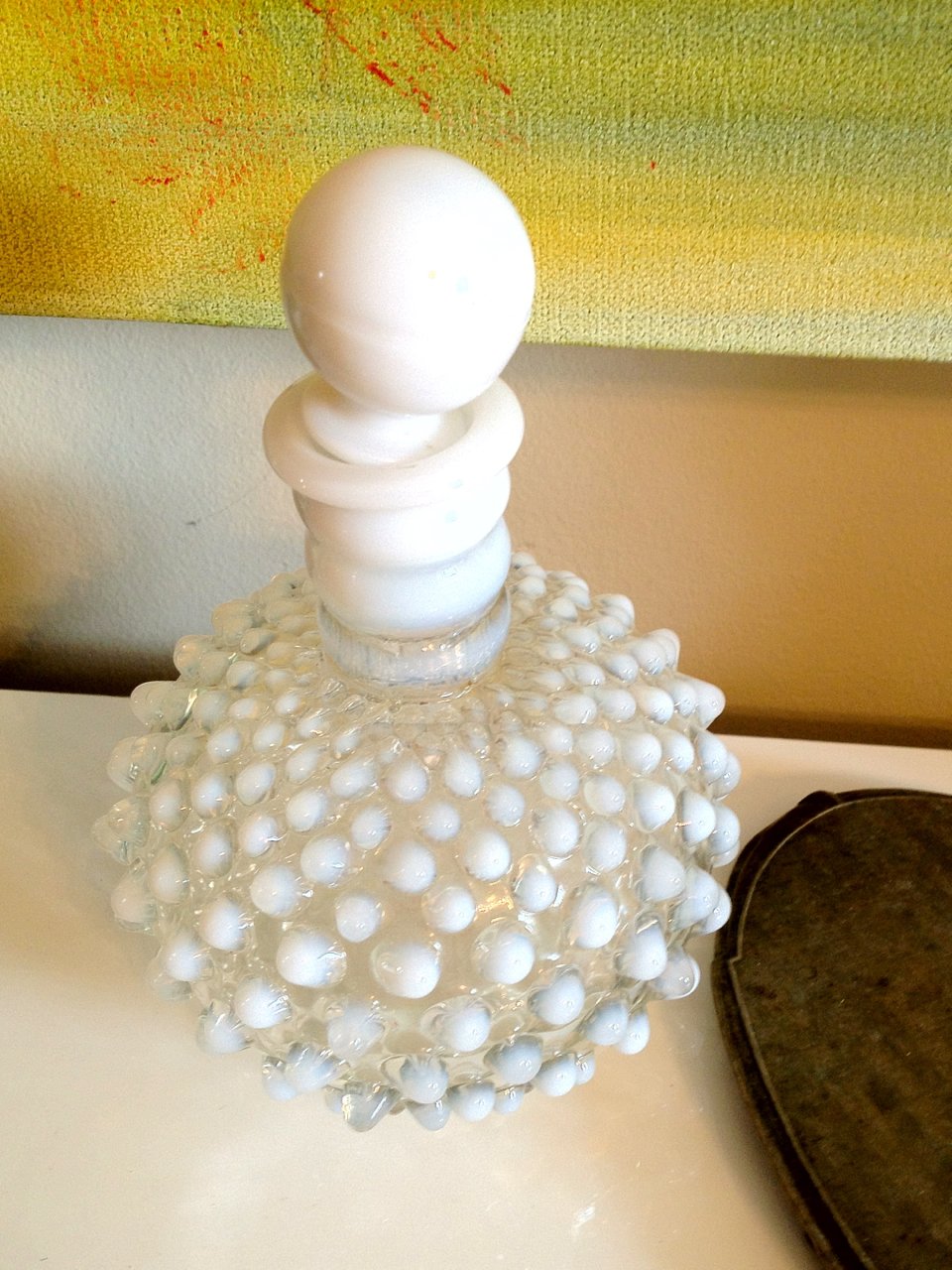 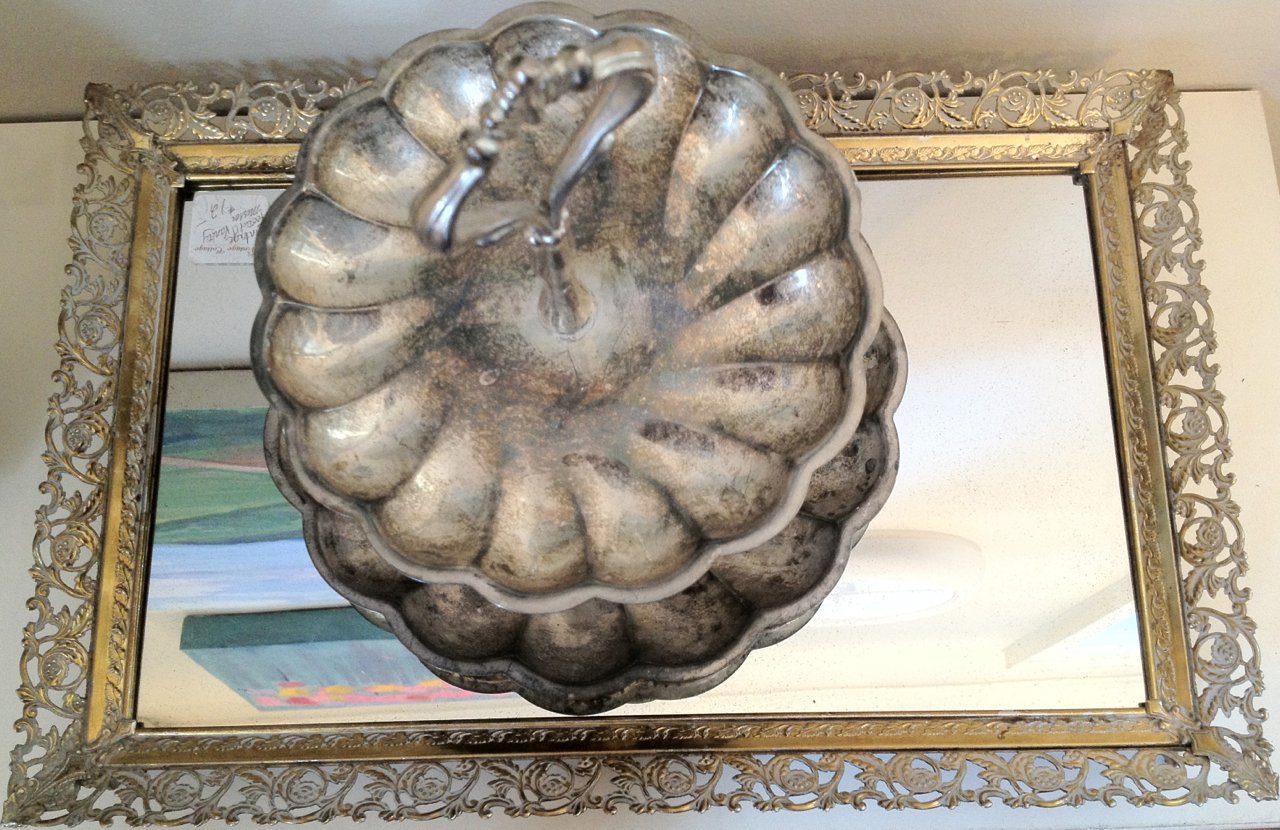 vanity tray (below silver) $12.  will be great for displaying jewelry. 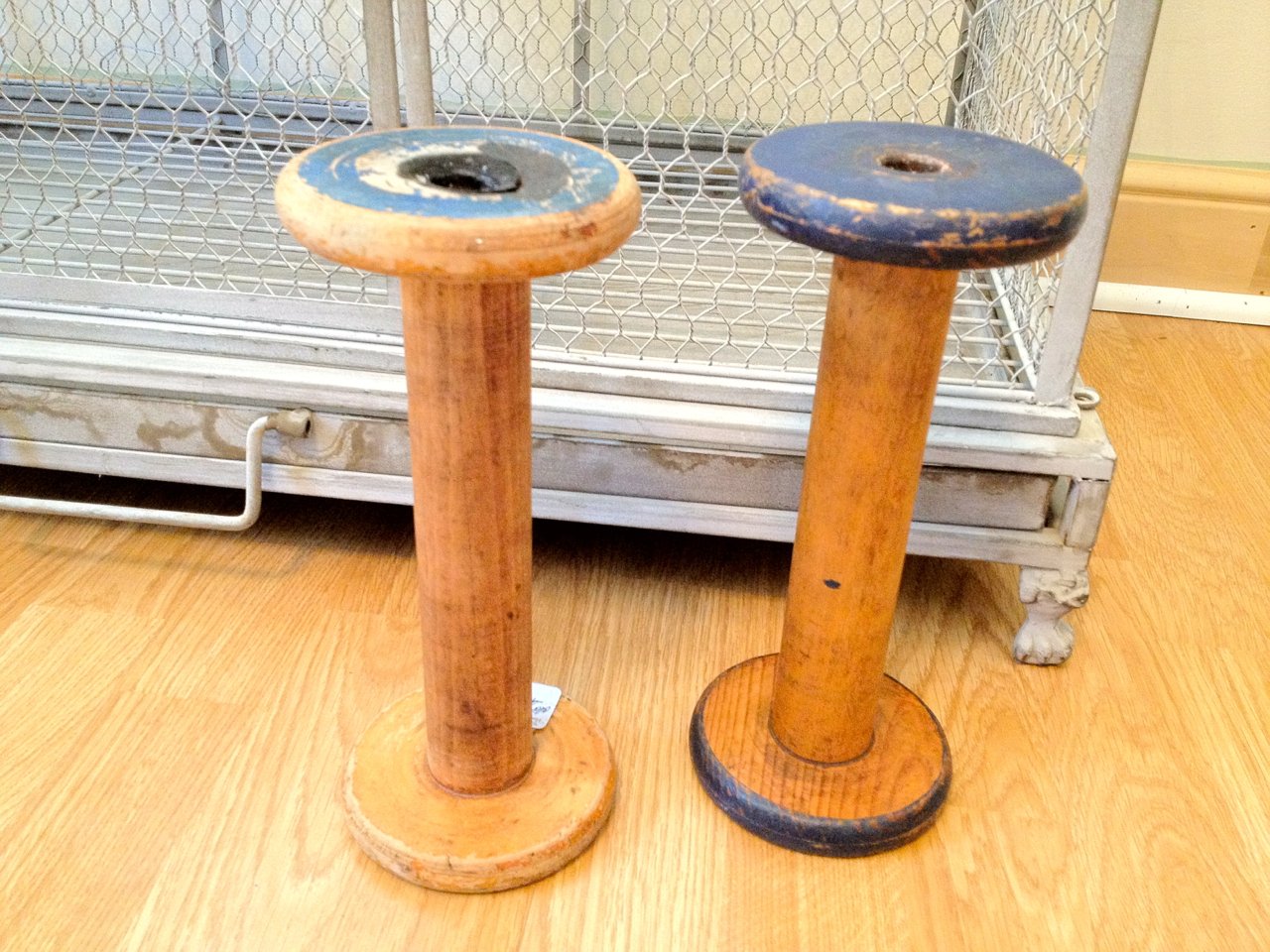 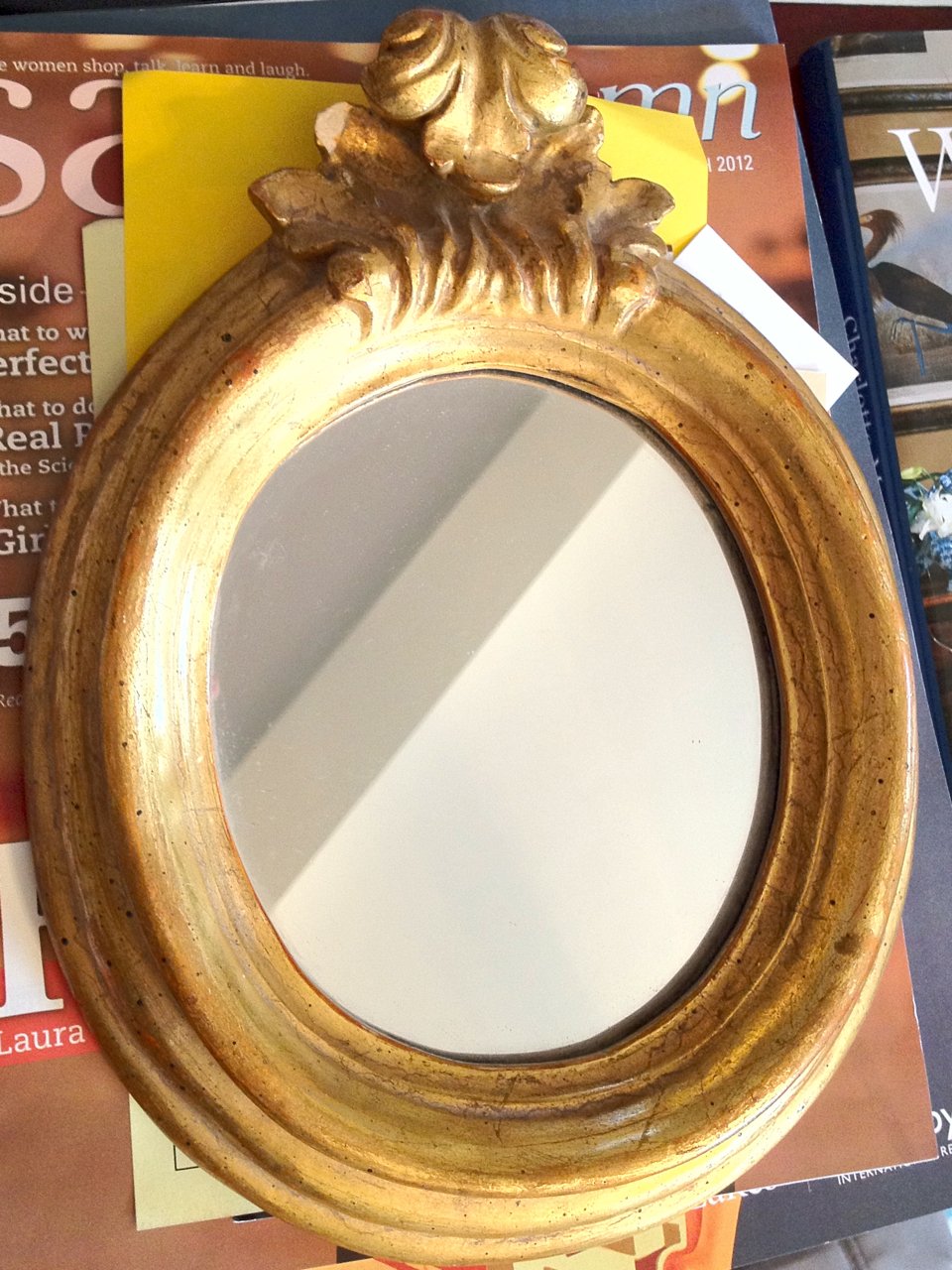 Another beloved gold mirror. It has a small chip, which I’ll paint.  For $4, I had to have it. 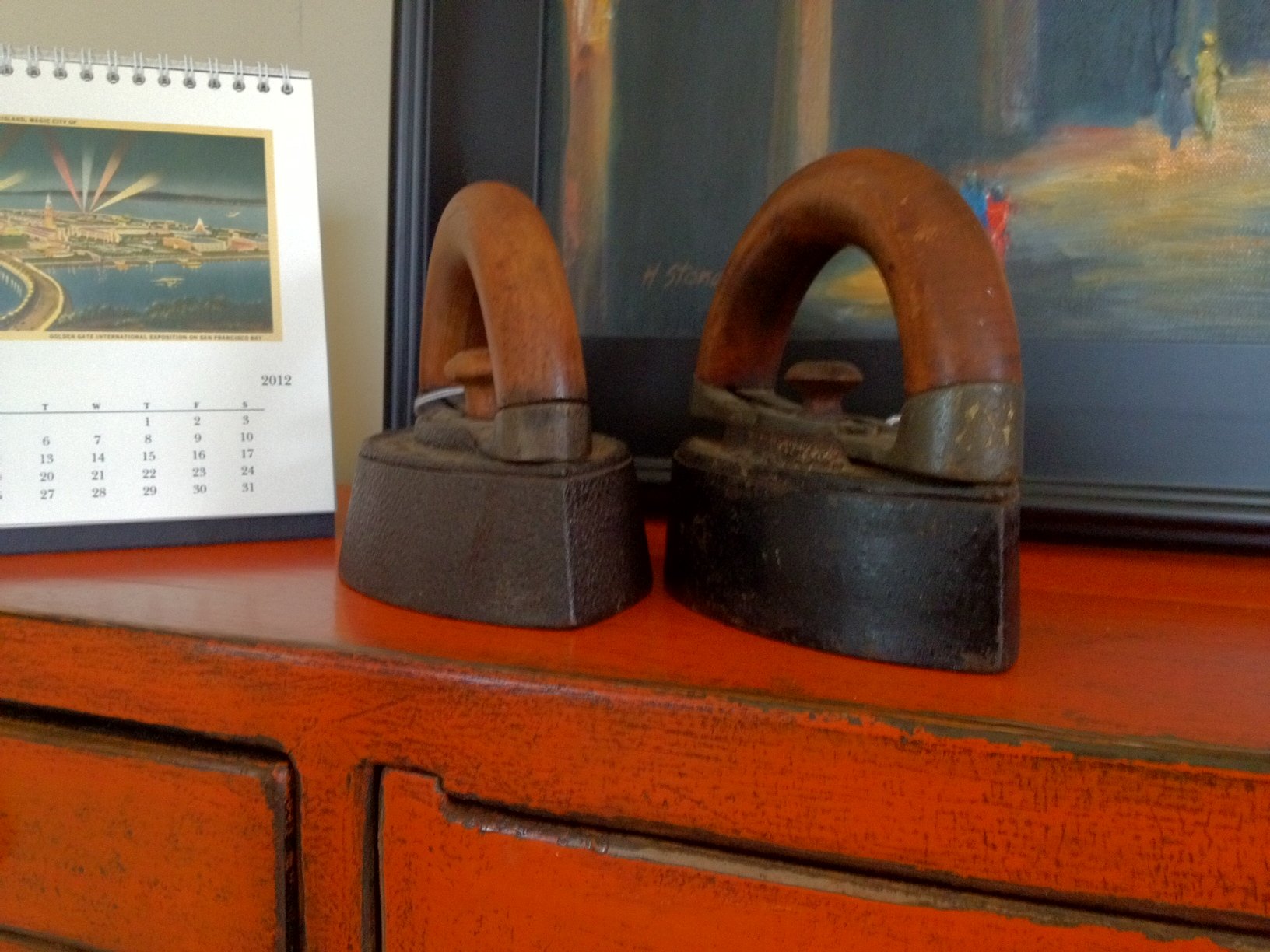 funky, vintage irons (because I still don’t have enough ; ) for $5 each.  will be fantastic bookends. 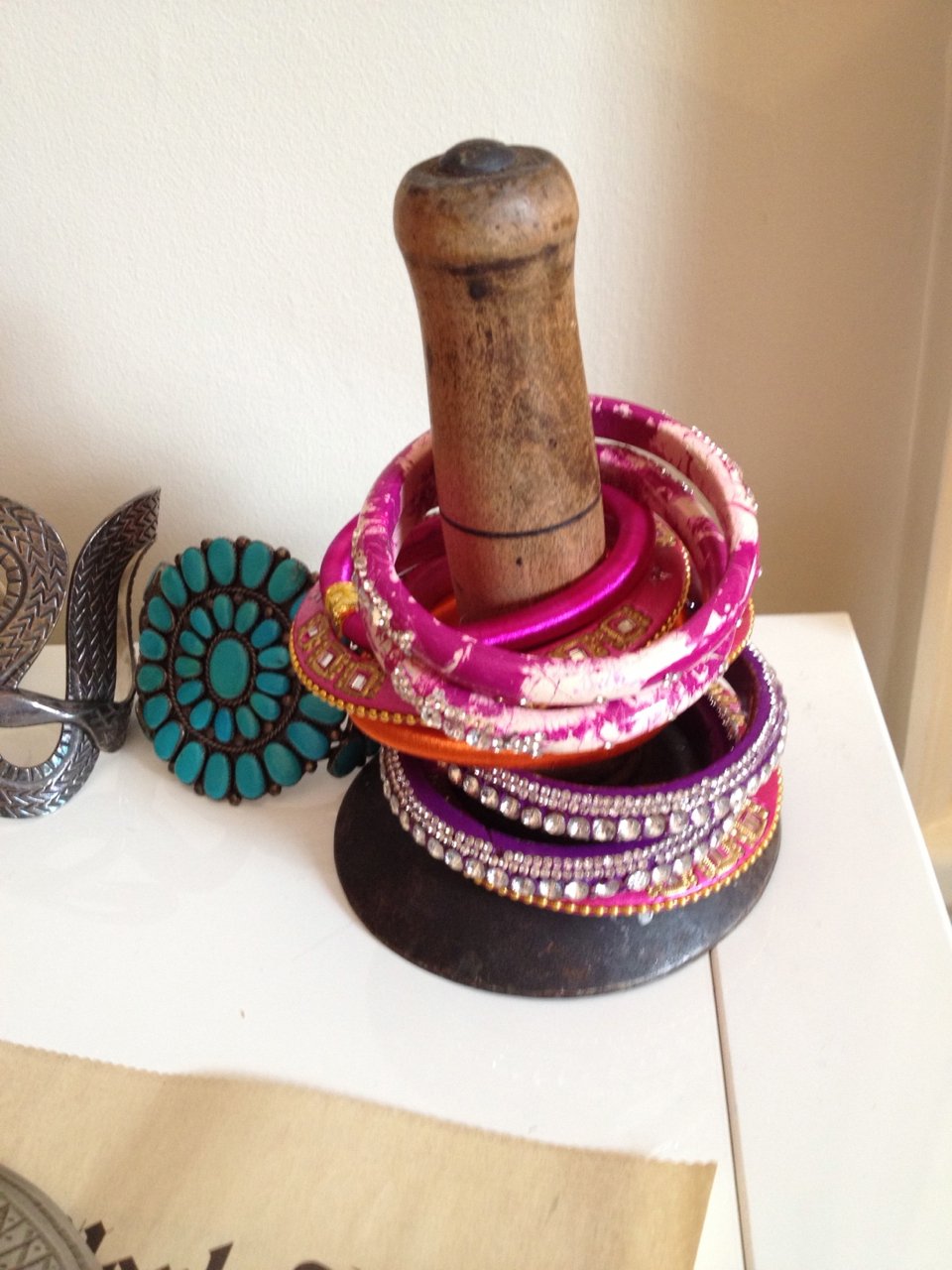 And my pièce de résistance: 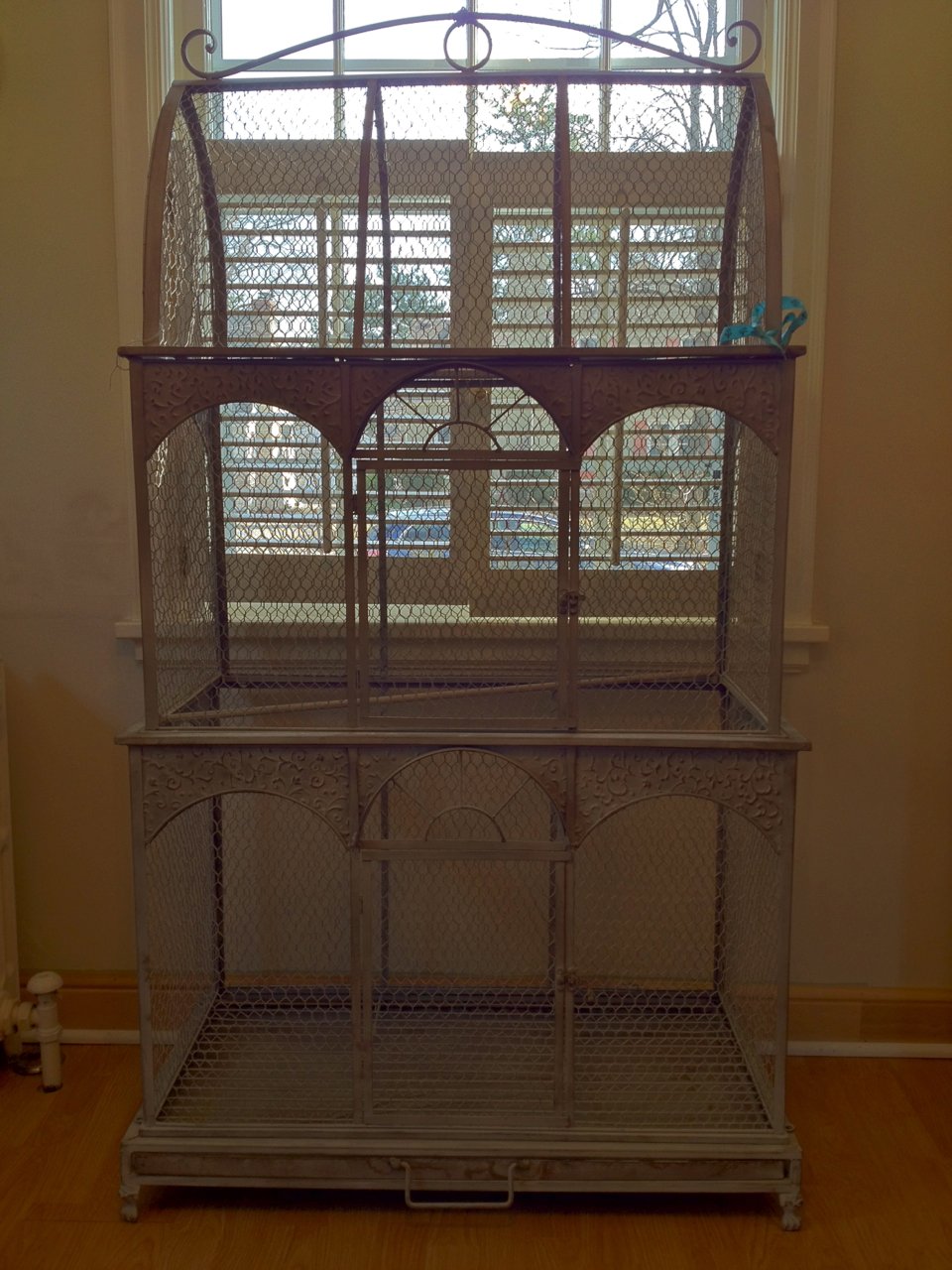 a 5 foot+ tall weathered grey metal bird cage!  it’s a bad picture, but trust me, this thing is awesome!  I bought it to put plants in to keep them safe from my (plant-eating) kitties.  $145.

Hope you enjoyed this little tour through my occasional-saling weekend!